A recent study published in, The Lancet, shows that daily light exercise of 15 minutes per day can increase the life expectancy by three years and lower the risk of death by 14%. This is especially true in the case of people who are inactive. In this study, the researchers compared inactive people with active people who engaged in regular physical activity.

World Health Organization has recommended 150 minutes of moderate but regular exercise in a week to have maximum health benefits. Whether this recommendation has any impact on the life expectancy was not clear. Chi-Pang Wen, MD, MPH, DrPH, of National Health Research Institutes in Taiwan and China Medical University Hospital, and Jackson Pui Man Wai, PhD, of National Taiwan Sport University and other researchers studied the impact of different types of physical activity on the health of the participants. Data was collected from more than 400,000 people participating in a medical screening program in Taiwan. The average follow-up for the study was eight years. 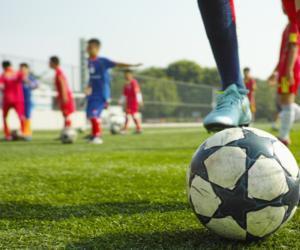 Based on self-reported data on exercise, participants were divided into five groups – inactive, low, medium, high and very high. Researchers assessed the life expectancy for each of the groups after calculating the hazard ratios for the mortality risks of each group compared to the inactive group.

Researchers report that if the minimum amount of activity suggested by them is strictly followed, mortality due to heart disease, cancer, and diabetes can be reduced considerably. According to Anil Nigam, MD, and Martin Juneau, MD, of the Montreal Heart Institute and the Université de Montréal, Quebec, Canada, the feeling that even 15 minutes of activity can reduce the risk of death due to a variety of conditions can encourage many individuals to start exercise even with a busy schedule. But though the study show that just a little amount of activity is good, more is better, adds Nigam.

How important is stretching?

Can exercise cause one to cough?

How the Kardashians’ Waist Training Can Get You a 22” Waist

What Are the Benefits of Kettlebell Workouts?