A recently FDA approved product that is designed to effectively treat moderate to severe central sleep apnea will be a game changer for those who suffer from the sleep and life disrupting disorder.

Through a small battery pack device, The Remede System effectively monitors breathing during sleep.  When breathing is interrupted, which is what happens to sleep apnea sufferers, the device jumps in by getting the diaphragm to move and making the body take a breath, ultimately restoring a normal and consistent breathing pattern. 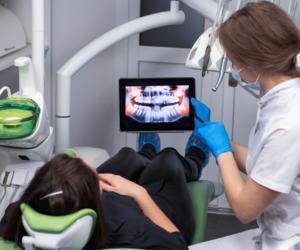 For those who snore, wake-up frequently during the night, deal with daytime sleepiness and feel like they are constantly living in a fog, this little device has the potential to improve quality of life for everyone, tenfold.

The difference between obstructive and central sleep apnea

Simply put, there are two kinds of sleep apnea, obstructive and central.

Obstructive Sleep Apnea (OSA) is when breathing is either interrupted or significantly impaired during sleep. Essentially, it’s a mechanical problem, where due to a number of factors, makes the tongue fall back onto the soft palate, pushing it back against the throat and resulting in a blocked airway. When a deep breath is taken during sleep, the body has to work twice as hard to push the air through, at times even waking the sleeper because of the force required to get just a bit of oxygen to the lungs. This is why patients (and their bed mates), often complain of body twitches, snoring and even choking at night.

Typically, Obstructive Sleep Apnea is treated through medication, the use of a positive airway pressure machine (CPAP) and at times, surgery.  There are also recommendations for patients with OSA to make lifestyle changes such as weight reduction, proper sleep hygiene and even attempting to reduce stress and anxiety through things like mindful meditation.

Central Sleep Apnea (CSA) on the other hand, is considered to be more stubborn, more severe and a less common form of sleep apnea. While the body still blocks airways, typically through the collapsing of the soft palate, the cause of the blockage is slightly different.  With central sleep apnea, the main issue lies in the brain, and that’s because the brain doesn’t send the right signals to the nerves and muscles that control the airway and breathing. So, while with OSA the soft palate collapses under the pressure of the tongue pushing back against it, with CSA, the message to open the airway doesn’t get transmitted, resulting in the blockage that prevents the patient from breathing.

Central sleep apnea can be caused by other diseases or conditions, particularly those that affect the brain. People, who suffer or have suffered from strokes, heart disorders, and opioid use, are more likely to develop central sleep apnea.

Symptoms and treatment for both obstructive sleep apnea and central sleep apnea are similar, however CSA sufferers, often don’t respond as well to things like the CPAP machine. While the CPAP machine may help reduce some of the symptoms, it will not work 100% of the time, resulting in sleep deprivation and all the medical issues that comes with it.  This is why the creation of The Remede System is an exciting prospect for those with CSA, their families and medical teams.

What is the Remede System?

Created by a company called RespiCardia, founded in 2006 in the state of Minnesota, the Remede System is essentially, a small and smart implantable device that is designed to restore the natural breathing rhythm at night.  The system includes:

Through a simple procedure that is done without general anesthesia, the device is implanted - by a cardiologist - into the patient’s chest. The wires are then connected to one of the phrenic nerves by being inserted into the veins that surround it. The two phrenic nerves (left and right) are located in the neck and reach the diaphragm by passing down between the heart and lungs. The main role of the phrenic nerve is to essentially make the diaphragm work.

Once the device is implanted, it is then programmed by a cardiologist to send small electrical pulse signals through the nerve from the brain to the diaphragm.  By giving the diaphragm a little nudge whenever it decides to take a break, the body is forced to open its airways and take a breath.

What does FDA approved mean?

The Food and Drug Administration have safety thresholds that they put against all new product and medication. This ensures that any product is safe to potentially go to market.  In this case, the FDA needed to ensure that the The Remede System had more benefits than risks for users. This was done through a clinical trial that lasted 6 months and included 151 participants.

At the end of the 6 month trial, more than half of the participants saw a reduction of 50% of their sleep apnea symptoms.  While testing and device monitoring will continue, this evidence provided to the FDA by RespiCardia was enough get the stamp of approval.

Things to consider before getting one

Before anyone decides that they need to get this device, it’s important to look at the big picture. The patients should think about their needs, get a full understanding of their medical conditions and a clear and detailed description of the device, how it works and how it could possibly affect them in good ways and not. The best suggestion would be to speak with medical professionals to ensure a proper diagnosis of central sleep apnea especially since nerve stimulation is not necessarily the best option for those suffering from obstructive sleep apnea. As this is a battery packed device, it should not be used by patients who require MRI’s or by anybody with an active infection.

Other factors that need to be considered are the side effects. Although proven to be minimal, sometimes use of this device can cause a negative interaction between the user and the device itself. In other words, the body might reject this device being implanted under the skin. Also, as is with any kind of surgical procedure, there is always a risk of infection that can cause swelling and damage to the skin around the implantation location or worse.

Central sleep apnea affects patients and their families mentally, cognitively and physically. For those people who live their life in a cloud of fatigue or who go to bed every night expecting a good night’s sleep only to deal with a restless slumber and who are constantly at risk for heart attack or stroke,  the FDA approval of this little device will not only help them breathe easier but also rest easier.

What to Do if RA Affects Sleep Habits 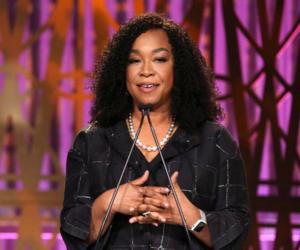 For People with Sleep Apnea a Diagnosis May Be Life-Saving

How to get a Better Night's Sleep