A novel system that has already been approved has a revolutionary technology to monitor blood sugar levels. It works with a small sensor that is placed on the arm of the person being monitored and gives reports minute by minute.

Glucose monitoring is something that people with diabetes should do multiple times a day. It is an essential and critical step for proper management of the disease, especially in those who are under treatment with insulin. Knowing blood sugar levels will allow to adjust the diet and determine the insulin dose to be applied. 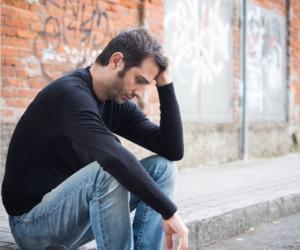 However, 4 out of 10 patients do not measure glucose as many times a day as recommended by their doctor. This could be because of the pain that the puncture causes them, or due to discomfort, forgetfulness, lack of strips for measurement or any other reason. Puncturing fingers has demonstrated to be everything but a practical way to monitor glucose levels.

As technology advances, ways to monitor chronic illnesses advance as well. Making technology more practical and accessible for everyone are the main goals of the medical community. Glucose monitoring has not been ignored by the healthcare community dedicated to the task of improving monitoring systems. Right now, the most remarkable advance is a novel sensor that replaces finger punctures to measure the level of glucose in people with diabetes. This process may replace puncturing completely in the future.

The worrying fact of how many people skip their daily tests is one of the most relevant reasons behind the development of this small and innovative sensor. Currently, at least 60% of people with diabetes do not meet the recommended glycaemic control goal. This new tool is already available in many countries to contribute to a better control of diabetes.

The system consists of a small, rounded sensor about the size of a coin that is placed on the arm and sends reports minute by minute measuring the level of glucose in the blood. The adhesive patch is placed just over the skin, the filament it brings help sensor the interstitial fluid. One of the most remarkable advantages of this sensor is that people do not have to take it off to take showers since it is waterproof.

Results of the monitoring are sent to a small device similar to a cell phone. Each time the affected person wants to check their sugar blood level they will be able to by bringing the device about 4 centimeters from the sensor. It will then automatically send data in less than one second. The process does not cause any kind of pain and it also allows keeping a record of last glucose levels. Knowing the values of blood glucose is key to determining the dose of insulin to be applied.

The Successful Start of the Device

The FreeStyle Libre system was first introduced in Europe in 2014; it is now available in more than 37 countries and is used by more than 300,000 people with diabetes around the world. A clinical study published in The Lancet, which tested more than 50,000 volunteers, checked how much it increased the rate of glucose level monitoring per day. Those who used the device to measure their glucose used do it at least 15 times a day. Reports also showed that those who are screened more frequently have fewer episodes of hypoglycaemia, which demonstrate it improves glucose control.

Each sensor patch lasts 14 days and costs around $60, while the reader can be found by the same price but is not required to be bought more than one time. Many experts believe that “the pain and discomfort associated with the finger-tapping system unfortunately determine the controls in some patients, which are performed less often than ideal. This is detrimental to the optimal management of diabetes.”

The sensor represents a big improvement for people with diabetes who need to keep a control on their glucose levels. Especially for people with a tight schedule, since blood-tapping and keeping an efficient record of blood sugar levels require the patient to spend a lot of time, concentration and effort throughout the day. The FreesStyle Libre System comes as a “friendly” device that has its ease of use as principal advantage. The device represents a paradigmatic advance in the management of diabetes, since it allows to monitor glucose levels systematically and identify criticism, for example like at night, because the symptoms of hypoglycaemia may go unnoticed while someone is sleeping.

Expected Technological Advances that Will be Available for Diabetes

This device has demonstrated to be not only an affordable option for people with diabetes, but also a relevant way to upgrade from the finger stick. Although it may seem intimidating for people who do not consider themselves into technology and its trending advances, it is actually quite easy to use and is statistically more efficient and effective than the traditional finger sticks.

However, there are some people ask the question if these digital monitors are precise enough to replace archaic finger tapping. The answer is yes. Even though some detractors have stated the sensor lacks the level of sensitiveness required to assure a correct monitoring in all patients and at all levels of severity in the condition, tests have demonstrated that this testing system is not only a reliable way to monitor glucose levels but, due to its simple use, it also has significantly impacted diabetes patients by making them monitor their blood sugar level up to the standard of 16 times per day, which is 4 times more than the minimum recommended by doctors with a severe type of diabetes.

FreeStyle Libre system also remains as the best solution for athletes, since sweat and water do not affect the sensor patch attached to the skin even when worn inside a pool. This monitor is just the beginning, or even the cornerstone, in creating new and innovative ways for diabetes patients to monitor their glucose levels.

More from FindATopDoc on Children and Diabetes 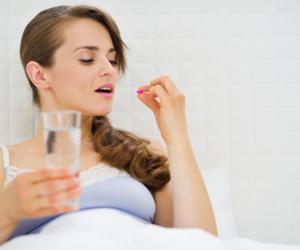 How is Gestational Diabetes Treated? 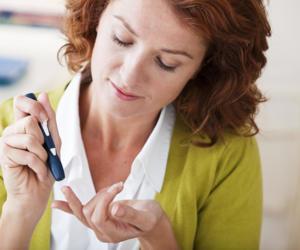 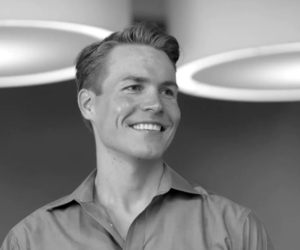 A Trulia Entrepreneur and His Solution to End Type...

Can long term medications make the body really addicted to them?