You've probably heard stories of people who have died of meningitis, or you've heard that contracting it is as simple as kissing someone with the infection. However, being aware of what is fact and what is fiction is important. Below are some of the myths about meningitis and their truths.

1. There is only one type of meningitis.

Meningitis is caused by a virus. The most serious type of this disease is bacterial meningitis; if not treated early enough in advance, it can cause death. The disease can also be caused by a fungus, but on rare occasions. Sometimes, meningitis is known as spinal meningitis – it's cause doesn't matter.

2. Meningitis can be contracted by kissing an infected person.

Kissing someone who has meningitis is one of the ways you can get infected. Kissing many people increases risk of contracting the disease. Meningitis can also be spread in different ways like coughing, using the same glass to drink, and sharing stuff like cigarettes or lipstick.

3. Meningitis is a disease that affects only teenagers.

Anyone is susceptible to meningitis. However, college or university students are more exposed to the disease due to close contact with each other and sharing of items like utensils and drinking glasses that aid in spreading it. Previously, prior to the intro of the meningitis vaccine, the condition attacked primarily young ones and was life threatening to them.

4. The most common type of this disease is bacterial meningitis.

Even though it is not very severe, viral meningitis the most popular form according, to the CDC (Center for Disease Control and Prevention). The press and health practitioners tend to give more attention to bacterial meningitis, as it is deadly.

5. There is no need to treat meningitis as it disappears on its own.

Patients with bacterial meningitis should get treatment from a health official or doctor as soon as possible. The disease can cause a stroke, brain damage or death if left untreated. Viral meningitis needs less care, but only a health practitioner can determine the type of meningitis a patient is suffering from. Ensure that you check with your doctor if you have any symptoms that signify the presence of meningitis. These symptoms include a stiff neck, nausea or vomiting, severe headache, confusion, drowsiness, sudden fever, and light-sensitivity.

6. One vaccine is enough to protect you from contracting meningitis for the rest of your life.

7. It takes some time for meningitis symptoms to manifest.

Symptoms of meningitis manifest very fast. They sometimes occur rapidly in a few hours and sometimes last for one or two days. Ensure that you call your doctor as soon as possible in case you observe any of the telltale signs of meningitis.

8. Meningitis has no treatment.

Bacterial meningitis can be treated with antibiotics which are about ninety percent effective. Chances of recovery are high if you start treatment early. As reported by the CDC, viral meningitis has no special treatment. The doctor will only recommend that you drink lots of fluids and get plenty of rest. They may also administer medication for pain relief.

8. You will realise that you have bacterial meningitis immediately after getting infected.

Meningitis awareness in the Unites States is recommendable. But several myths still linger out there. Information gathered revealed that a lot of people think that due to the success of current vaccination programmes, septicaemia and meningitis diseases have been totally eradicated. But this is not true. Meningitis C has a vaccine to fight this ailment, but other forms of vaccines have not been developed for cases of meningitis B.

Some parents choose to skip routine immunization due to fear of causing harm to the child. This poses as a big risk to their kids and the community, experts say. This is a new error where knowledge has been increased by science. A slight injection on your baby’s arm might seem uncomfortable but it’s not comparable to a mysterious disease that may occur soon after.

Internet rumors on links between devastating illness and vaccines has also contributed to the myths. This online stories are usually sad: "My happy energetic child developed upset stomach in the month following immunization, which has caused croup, days after getting him vaccinated. Our healthy, energetic boy started exhibiting symptoms…"

Just because an incident happened the same time doesn’t provide enough reason to avoid vaccinating your child. This will mean exposing your child to health-related risks.

A recent survey by the National Committee on Quantity Assurance (NCQA) revealed that all children receiving proper immunization declined by 3.5%. Children immunization rate rests high but any drop can be a cause of alarm.

Skipping routine vaccinations can cause high risks in disease infections. Thousands of people in the East Coast and Midwest became sick after the mumps outbreak in 2006 and 2009. In 2008, the U.S also witnessed a big measles epidemic.

Sometimes initial signs and symptoms of meningitis mimic those of flu. They can develop within a period of 1 to 2 days and will typically include:

Meningitis can result from three types of infection: fungal, viral or bacterial. Fungal infections rarely cause meningitis. Bacterial infections are life-threatening and it is important to know where the infection originated to come up with an effective treatment plan.

Bacterial meningitis mostly happens as a result of bacterial entry though your bloodstream and moves up to the spinal cord and brain. It might also result due to sinus or ear infection. Skull injury might also cause the infection. In both cases, the meninges are invaded by the bacteria directly.

Viral meningitis is often mild and usually lasts for ten days or less. In the United States, 90% of viral meningitis is caused by a stomach flu called enteroviruses, which are usually a number of common viruses.

Signs and symptoms of an enteroviral infection include: a sore throat, rash, headache and sore throat. Children above five and adults experience very severe headaches. Viruses linked to herpes, mump infections, West Nile virus and other ailments can result in viral meningitis.

Fungal meningitis is rare. People with immune deficiencies like AIDS can be affected by cryptococcal meningitis. Antifungal medication should be administered for effective treatment.

How long should viral meningitis last? 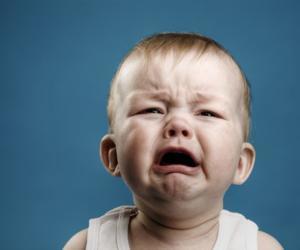 Is Bacterial Meningitis Serious? Know the Symptoms of Meningitis