Previous studies have found an association between common heartburn medications and an increased risk of AD. However, more recent studies have reached other conclusions.

A group of researchers from Germany found that proton pump inhibitors (PPIs), including commonly used medications such as Nexium, Prilosec, and Prevacid, all work to ease discomfort associated with stomach acidity and treat digestive problems such as reflux disease. PPIs work by blocking the enzyme in the stomach lining, which is responsible for the production of acid. This acid is responsible for the formation of most ulcers in the stomach, esophagus, and duodenum. Reduction of acid with PPIs prevents the formation of ulcers and allows any present ulcers some time to heal.

Growing Closer to a Cure for Alzheimer's

The new study included the participation of around 74,000 elderly individuals over the ages of 75 and took into consideration data collected on AD from 2004 to 2011. The German researchers discovered that participants who took PPIs on a regular basis were 44% more likely to develop dementia. However, the study did not reveal a cause and effect link. Britt Naenisch of the German Center for Neurodegenerative Diseases in Bonn and co-author of the study stated “To evaluate cause-and-effect relationships between long-term PPI use and possible effects on cognition in the elderly; randomized, prospective clinical trials are needed.” Thus, it was not determined as to how PPIs directly impact brain health and raise Alzheimer’s risks.

Today, according to a new study published in the American Journal of Gastroenterology, it has been found that heartburn medications do not raise Alzheimer’s risks. This new study found that the use of PPIs such as Nexium, Prilosec, and Prevacid was not associated with an increased risk of AD, among individuals who took a higher dose or used the medications for more than 3 years.

How were the findings reached?

The findings are based on data extracted from an analysis taking into account just about 71,000 individuals with AD and approximately 283,000 individuals without the disease. According to Heidi Taipale, a postdoctoral researcher among the researchers at the University of Eastern Finland, individuals do not need to fear the medications will lead to Alzheimer’s disease; however, long-term use should be carefully considered. Moreover, long-term use of heartburn medications has been linked with decreased absorption of vitamin B12 and calcium, thus triggering severe intestinal infections.

Controversial results from other studies

This is not the first time that PPIs have been linked to dangers relating to health. Researchers from Emory University in Atlanta conducted a study consisting of 10,500 Americans, all ages 50 or older, with normal brain function. They also took into account data collected on AD from 2005 to 2015. 8% of the participants always used PPIs and 18% sometimes used PPIs. What’s more, the users were older than the non-users. The researchers found that participants who took PPIs were at a lower risk of decline in analytical skills. Researchers led by Felicia Goldstein of the department of neurology at Emory's School of Medicine in Atlanta stated “The results of this study do not confirm recent reports that the use of PPIs is linked to greater risk of dementia and Alzheimer's disease.” This study and several previous studies found that heartburn medications lead to dementia, kidney problems, and bone fractures. Yet, not all researchers have agreed with this statement.

In this new study, according to senior study author Ziyad Al-Aly, director of clinical epidemiology at the VA St. Louis Healthcare System and assistant professor of medicine at Washington University School of Medicine in St. Louis, the likeliness of passing away raises with the longer use of the medications. For more than 5 years, his team of researchers monitored individuals who used PPIs such as Nexium and Prilosec. They then compared them with individuals who took other medications such as H2 blockers, used to lower stomach acidity. In comparison, “people who take PPIs for about a year have about a 25% higher risk of death” said senior study author Ziyad Al-Aly. Due to the fact that millions of individuals take PPIs on a regular basis, this 25% chance could result in thousands of deaths per year. Furthermore, individuals who take these medications should not instantaneously stop doing so. “I would say it is a small but significant risk. It should prompt people to look at whether they should be on PPIs in the first place or not” said Al-Aly.

Still, this new study does not prove a cause and effect relationship and industry representatives state that heartburn medications are considered safe for use when individuals follow the instructions printed on the labels themselves. According to the research firm IMS, PPIs are one of the most commonly and widely used heartburn medications in the United States. In 2015, roughly around 15 million individuals were prescribed Nexium alone. While the recommended course of treatment for most PPIs is short, from 2 weeks to 2 months for ulcers, most individuals end up taking the medications for an extended period of months or years. This new study found that the death rates rise significantly with PPIs taken for more than one year. For some individuals, doctors can determine whether longer use is justified. In any case, prescriptions of both PPIs and H2 blockers are used to treat severe conditions such as gastroesophageal reflux disease (GERD) and upper gastrointestinal tract bleeding, while lower doses are typically used to treat indigestion and heartburn.

Dementia is a general term used to describe conditions caused by brain injuries or diseases, resulting in difficulty thinking, memorizing, and behaving negatively. Alzheimer’s disease, also known as AD, is a more severe form of dementia. Every individual at one point in their life experiences moments of forgetfulness; however, individuals with AD experience particular symptoms and behavioral changes, which tend to worsen over time. These changes include:

Such symptoms and behavioral changes can significantly impact an individual’s day to day living. While the exact cause of AD has not yet been determined, it is believed that risk factors such as older age, a family history of the disease, and genetics are likely to contribute to the condition. What is known is that AD damages the brain and brain cells, thus leading to brain shrinkage. The brain of an individual with AD usually has two types of abnormalities: tangles and plaques. Tangles are threads of the protein Tau, which collect in the brain cells. Tau is a protein which is responsible for carrying nutrients to the brain and tangles prevents it from doing so. Plaques, on the other hand, are clumps of protein (amyloid plaques) that disrupt communication between brain cells. They are likely to cause damage and possibly death of brain cells.

According to statistics, Alzheimer’s disease is the 6th leading cause of death in the United States. Nowadays, over 5 million Americans are living with AD and by 2050, this number is expected to rise as high as 16 million. It has been found that:

11 Alzheimer's Signs and Symptoms that Should Never... 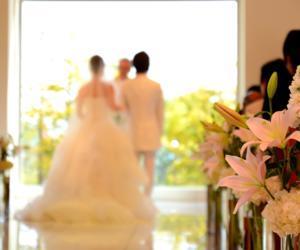 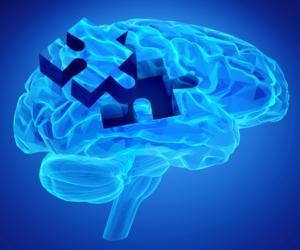 What can I do to prevent heartburn?