Sigismund Freud, later changed to Sigmund Freud, was born on May 6, 1856. He was an Austrian neurologist and founder of Psychoanalysis; a treatment for psychopathology through communication between the psychoanalyst and patient. The firstborn of 8 children, Freud’s mother interpreted his birth as a positive omen since he was born with a caul. At nine years of age, Freud began attending the Leopoldstädter Kommunal-Realgymnasium, a prominent high school. Freud proved an exceptional pupil and graduated from the Matura, with honors, in 1873. He was a lover of literature and proficient in French, German, Spanish, Italian, English, Hebrew, Latin, and Greek.

At age seventeen, Freud entered the University of Vienna. His plans were to study law; however, a turn of events would lead him to join the medical faculty instead. He graduated with an MD in 1881. 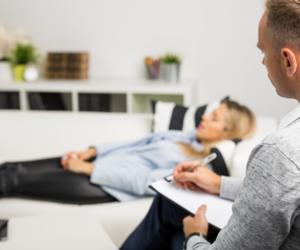 Freud’s career in the field of medicine began in 1882, when he began working at the Vienna General Hospital. His research in cerebral anatomy would lead to the publication of an influential paper on the palliative effects of cocaine in 1884. Freud’s work on aphasia would inspire him to publish his first book on the subject in 1891.

His interest in clinical work began after spending time in Theodor Meynert’s psychiatric clinic. Consequently, upon completion of his habilitation in 1885, he was chosen as a docent in the field of neuropathy and went on to become a professor in 1902.

In 1895, Freud would travel to Paris to study under Jean Charcot, a neurologist who was researching hypnosis. Charcot, who specialized in hysteria research and hypnosis, would often perform demonstrations with patients in front of an audience.

In 1886, he would resign from his post at the hospital and enter private practice. It was here where Freud would become a specialist in “nervous disorders”. In the same year, Freud would marry the love of his life, Martha Bernays, and father six children. After working with Charcot, Freud had developed an interest in hypnosis, which he practiced in his clinic. He would go on to adopt the method of his collaborator and friend, Josef Breuer, in the use of hypnosis. This form of hypnosis, which was different from what he had studied in France, did not use suggestion. Anna, a patient of Josef Breuer, had experienced traumatic events that she was eventually able to overcome after speaking on the subject during a state of hypnosis.

The Case of Anna

Her real name was Bertha Pappenheim. She was hysteric, a condition where patients display physical symptoms without a related physical cause. Josef Breuer, her doctor, assisted in her recovery by helping her remember forgotten emotions from traumatic events during sessions of hypnosis. During their discussions, Anna recalled a fear of drinking water since a dog, with whom she loathed, had drank from her glass as a child. The symptoms of her hysteria had only worsened as she began caring for her sick father. Breuer believed it was because she had no one to share her fears and anxiety with about her father’s illness. Upon discussing her fears, Anna’s paralysis finally disappeared.

Over time, Freud’s clinical work would lead him to the conclusion that a more effective and consistent symptom relief, compared to hypnosis, could be obtained by simply encouraging patients to speak freely about what memories or ideas they had. The method of treatment, known as Free Association, found that an individual’s dreams could be analyzed to reveal the complex structure of unconscious material. He found that the analysis of dreams also demonstrated the psychological action of repression which underlays symptom formation. In 1896, Freud abandoned hypnosis entirely and began using the term ‘psychoanalysis’ to describe his new method of treatment and his theories on which the treatment was based.

The development of Freud’s new theories took place following a period for which he suffered disturbing dreams, bouts of depression, and heart irregularities, a “neurasthenia” which connected to the loss of his father in 1896. After suffering from these symptoms, Freud began to analyze his dreams and childhood memories. His analysis of the hostility he experienced towards his father and the jealousy over the affections his mother led him to completely revise his theory of the origin of neuroses.

Freud’s Seduction Theory postulated that memories, unconscious ones, on sexual molestation experienced in early childhood formed an important precondition for hysteria. He changed this and argued that not every neurosis can be linked to effects of sexual abuse; however, the abuse still contributed whether imagined or real and when these memories acted as repressed memories, would be considered pathogenic. The change from the seduction theory formed the new theory of Oedipus complex. In 1895, Freud co-authored, along with Josef Breuer, a book entitled “Studies on hysteria”. In 1901, an edited version of his theory on dreams was published.

Between 1900 and 1905, Freud topographically attempted to understand the mind. He used the description of an iceberg to put his point across. The conscious is about the things one has in mind as of now. This is represented by the tip of the iceberg.

Memory that can be retrieved forms part of the pre-conscious mind. The unconscious is where behavior originates. Though it is not visible, it forms the most important part. It is where bad thoughts are deposited as well as feelings of hatred. It was in the unconscious where Freud also believed his patients stored thoughts that they were afraid of or that were painful to them.

He proposed that the unconscious determined our behavior to a larger degree than people were aware of. The sole purpose of psychoanalysis is to change the unconscious part of the mind and make it conscious.

The psyche is inclusive of; super ego-morality, id- instincts, and ego-reality. Freud developed this model in 1923.

Freud considered the above to be hypothetical and form part of the mental functions. Freud also suggested that the id functioned, at the unconscious level, and comprised of two types of biological drives; Eros and Thanatos. Eros is the life instinct that helps us survive, while Thanatos is the destructive or death instinct. When Eros is expressed, it is in form of eating and respiration. However, when Thanatos is expressed, it takes a negative and aggressive form. Freud believed that Eros was supreme as compared to Thanatos.

The ego is adopted from the id at an early stage and aims at fulfilling one’s demands in ways that are socially acceptable. It operates on the unconscious as well as conscious mind and follows reality.

The super ego is as a result of interaction between a child and a parent of the same sex, and it develops during early childhood. It is responsible for following and adhering to moral standards. It serves as a motivation of behavior.

Freud supposed that all children are born with sexual urge, which the child seeks differently based on his or her stage.

Freud argued that all stages must occur and failure will likely lead to mental abnormality.

In 1902, physicians from Vienna who had a great interest in the works of Freud were invited to meet him to discuss matters pertaining neuropathy and psychology. This group marked the rise of the psychoanalytic movement worldwide. Freud’s formation of the group, known as Wednesday Psychological society, was upon Wilhelm Stekel’s suggestion. Stekel converted to psychoanalysis after Freud successfully treated his sexual problem.

The group grew to sixteen members by 1906. In the same year, Freud linked with Carl Jung, a qualified academic researcher in the world association and a lecturer in Zurich University. However, he only served as Eugene Bleuler’s assistant.

In March of 1907, Ludwig Binswanger and Jung traveled all the way to Vienna to pay Freud a visit and be present for the group discussion. After this, in 1908, they began a small psychoanalyst group. The name Wednesday psychological society was changed to Vienna Psychoanalytic society.

In 1908, followers of Freud had the chance to formally meet for the first time in the Hotel Bristol. The meeting was considered the first congress, and was Ernest Jones suggestion. Jones, a neurologist based in London, had read and began testing Freud’s work in his clinic. Jones had previously met up with Jung in the year prior at a conference and had ran into him yet again in Zurich as they organized the congress. Notable members present were Max Eitingon, Karl Abraham, Sandor Ferenczi, and Abraham Bill.

At this congress, vital decisions as to how to advance Freud’s work were made. A journal titled “The Jahbruch fur pscyhoanalytische” was launched, with Jung being the editor. Journals then became the norm up to 1913. To spread his work in English, Freud considered Brill and Jones to help him through it. At the next congress meeting, Brill was accorded translation rights regarding Freud’s work. Jones was given a duty to establish a platform for Freud’s ideas in North America. This served as a preparation for Freud’s visit to the states in September 1909, accompanied by Ferenczi and Jung, which took place in Stanley Hall.

In this congress, Freud marked his first public recognition as he received his Honorary Doctorate. This served as an attraction for the media and his audience began including major people such as James Jackson Putnam, a distinguished psychiatrist and neurologist, who also served as a nervous system disease professor at Harvard. He invited Freud for retreats in his country where extensive discussions were held for four days. His interest and approval of Freud’s work indicated an important advancement for the United States psychoanalytic cause.

Resignations from the IPA

Many of Freud’s followers resigned and started their own schools. Alder had different views on various topics; for example, his views on neurosis differed from those of Freud.

Alder, the society president, resigned in February, 1911. After his resignation, Stekel, the vice president, also resigned. In June, Alder left the Freudian group and formed his own group with nine others who had also resigned from the society. This group began as “society for free psychoanalysis” and was soon changed to “society for individual psychology”.

The first female members admitted to the group were both Russian psychiatrists and graduates of the University of Zurich. The names of these women were Sabina Spielrein and Tatiana Rosenthal. Both ladies would make a great impact in the 1910 formed Russian Psychoanalytic Society. Sabina had been Jung’s patient before she completed her studies, and their relationship’s personal details resulted in a correspondence between Jung and Freud.

In 1938, Freud departed Austria in an attempt to escape the Nazis. By 1939, he was suffering greatly from cancer of the jaw. On September 23, he died at the age of 83 in the United Kingdom.

Freud’s work is considered highly unscientific since it is hard to test. His theories are perfectly explained but they are not good enough to predict behavior. This makes his theories difficult to reject or accept.

His theories consist of tests and studies on himself, one child, and his patients. This shows his studies were on specific people rather than society as a whole. However, despite the criticisms, Freud’s findings still play a major role in all fields of psychoanalysis. His theory formed the basis for a new era, society, and culture.

Anxiety and the Fear of Going Insane 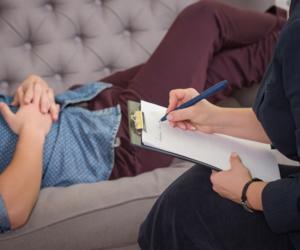 How to Prepare for Psychotherapy 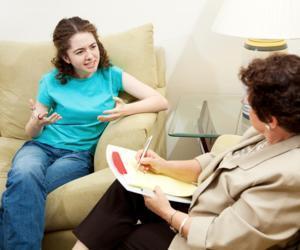