Invokana is a medicine frequently used by type 2 diabetes sufferers, and which is used alongside an exercise and dietary regimen to reduce and control their blood sugar levels. In simple terms, this component uses the body’s natural waste disposal methods through the kidneys and urination to eliminate excess sugars in the body. Specifically, canagliflozin (the active ingredient of Invokana) acts as an SGLT-2 inhibitor which forces the kidneys to move sugar out of the body through the urine. For some time, this component would be used by diabetic patients to keep blood sugar levels in check, with great results.

However, upon subjecting the drug to the CANVAS, which is the FDA-mandated cardiovascular outcomes trial, it has been noted that, besides from creating a notable improvement in the subjects’ blood sugar levels (and even increased cardiovascular health), the medicine would also double the probability of lower limb amputation on type 2 diabetes sufferers. This significant bit of bad news prompted the FDA to order a boxed warning for the drug this past May 16, considering the increased probability of amputations, on top of the inherent susceptivity to this outcome in type 2 diabetes patients.

My mother in law is 70 years old and is due for dialysis....

This is not the first time the FDA officially ordered the issuing of boxed warning on diabetes medication, as other drugs such as the very same canagliflozin and all other medication in its class like empagliflozin, and dapagliflozin also caused increased risk of ketoacidosis in diabetics, alongside the wide slew of negative side effects that stem from this outcome.

The alleged risks of using canagliflozin have already caused great strife among physicians and public health centers, as the fear of negative side effects and litigation has prompted said centers to shift their policies regarding the medication. Furthermore, law firms are arduously advertising their services on TV and other media for patients who have suffered amputations while on a regimen of canagliflozin, so that they may pursue class-action litigation.

Moreover, facilities belonging to the San Diego five-hospital Sharp HealthCare system’s medical groups have, since the FDA issued the warning on canagliflozin, begun transitioning their patients from the drug in question to other, safer alternatives. As John Cihomsky, the spokesman for Sharp hospital said, “the focus is on patients who have suffered previous amputations”. Regardless, the goal is to have everyone off the medication in order to avoid canagliflozin-related complications in the near future.

The state of California is also on the move to reduce the inherent risks of canagliflozin on its 8.5 million consumers of the drug. Luckily, only a reduced number of said patients depend solely on the medication. Consequently, the measure taken by the State of California is to closely monitor said patients who depend on canagliflozin, with a special focus on those who show certain symptoms, such as foot ulcers.

Nationwide, however, some physicians are taking aggressive measures after the warning issued by the FDA; namely, they are calling patients before their regularly-scheduled appointments to address the health issues implicit with canagliflozin and substituting the drug for other alternatives if applicable. The Veterans Health Administration, on the other hand, is no longer keeping canagliflozin on its formulary anymore. Nevertheless, the group stands firm in its position which claims that the decision to prescribe canagliflozin is at the discretion of the physician and that they should adhere to the patient’s best interests, even should these rely on the usage of the drug.

Besides studying the possibility for amputations and other related issues, it also contemplated the effectiveness and side effects of canagliflozin compared to other diabetes medications in other classes. Specifically, they compared the aforementioned drug with DPP-4 inhibitors and sulfonylurea agents, with the results suggesting that there were no “statistically significant signals”, which means that each and every one of the drugs conveys a higher risk of ketoacidosis or strokes.

However, studies have still yet to provide in-depth results and, until that moment comes, the FDA will not issue a change in public and private medical practices, other than the aforementioned boxed warnings.

Regardless, the higher risk of amputation seems to be limited to canagliflozin but, according to a statement by the European Medicines Agency, this side effect could be linked to every SGLT-2 inhibitor. Nevertheless, Jessica Castles, a spokesperson for canagliflozin manufacturer has gone on record stating that, despite the results suggesting that the risk of amputation is doubled through the use of the medication, they still remain at 0.6 per 100 patient-years of exposure which is, admittedly, a very low number. Furthermore, Castles also stressed the number of positive effects, such as the lowered risk of severe cardiovascular events, as a powerful incentive to continue using the drug on type 2 diabetes sufferers or even for those with a high risk of cardiovascular disease.

Meanwhile, other renowned medical practitioners such as John Buse, MD, of the University of North Carolina and an investigator at CANVAS, and Kenneth Mahaffey, MD, director of the Stanford Center for Clinical Research and a writer of the recent CANVAS findings, coincide in that the risk of toe and foot amputation must be regarded with higher importance, and considered in contrast with the positive effects perceived from the use of the drug.

“Losing a toe or a big toe, is a big deal. You'd have to think about that two or three times before you'd accept a big toe amputation in lieu of a small heart attack," said Buse, while pondering the possible outcomes from the use of canagliflozin. Mahaffey studied the findings from the trials and arrived at the conclusion that, of 1,000 participants that were treated with the drug for 5 years, 23 fewer patients had a cardiovascular death or any related events. Furthermore, 16 fewer patients were hospitalized for heart failure, and 17 fewer patients required dialysis or transplants.

Furthermore, only 15 of the patients suffered amputations; 10 of which were either toe or metatarsal amputations, and the rest were above the ankle amputations. The most disconcerting part of these side effects is that the mechanism behind them is still a mystery, which is further compounded when considering that the amputations began only recently. Furthermore, it is unknown why the FDA issued an investigation at this time, 4 years after the drug was cleared for use in clinical trials to reduce blood sugar levels.

Up until 2016, canagliflozin had $2.33 billion in sales in the US, which made it the 48th  top selling drug in the country, according to SymphonyHealth, a drug analytics company. It has long been used as a measure to reduce the blood sugar of type 2 diabetes sufferers, and its removal from the daily regimen of said patients will cause considerable strain on their lives, should we fail to find an appropriate substitute for the drug. Luckily, there are several alternatives that can achieve the same effects without any risk (that we know of, yet). Regardless, until studies provide conclusive evidence, the prescription of canagliflozin is, and will remain at the discretion of the physician, should the patient require it.

How does diabetes affect the kidneys?

My mother has a blood clot in her leg. What should... 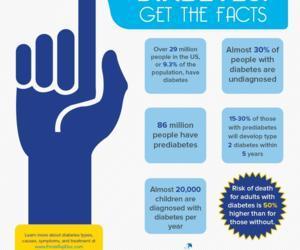 My mom has chronic kidney disease and now suffers from...

I have a pus filled boil on my index finger. I am a...

5 Celebrities with Diabetes and How They Fight It