Individuals who have anxiety normally face stressful situations under normal circumstances, meaning, that they can become fearful and nervous completely out of context when a situation doesn't have any reason for these reactions. This is considered anxiety.

Anxiety can be caused be a variation of different factors. It can even be caused by a chemical imbalance in the brain. However, stress is most commonly known to be the cause of anxiety.
According to the Anxiety and Depression Association of America (ADAA), 40 million people face anxiety everyday in the US. Currently, medications and treatment methods that are available can completely cure this disorder. However, only one-third of people with this disorder receive treatment. 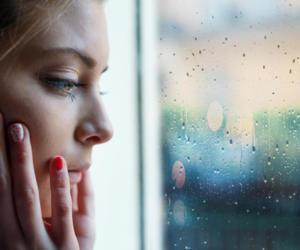 What are the different types of anxiety?

Generalized anxiety disorder (GAD)
In this type of anxiety disorder, a person is anxious everyday for six months. The individual will begin to worry about unimportant circumstances and situations. He or she may have experiences that have a severe impact on his or her everyday life. If you are tired of having regular anxiety and panic attacks you can try xanaxonlineforsale.

Social phobia
It is normal to feel nervous before public speaking or performing in front of an audience. Social phobia amplifies this feeling, and causes it to surface even during situations that are not as populated. Individuals with this disorder may fear being criticized or humiliated throughout the day, so they tend to avoid situations that warrant social interactions. Symptoms of this disorder include frequent perspiration, nausea, nervousness, and diarrhea.
According to ADAA, about 15 million people in the US are affected by social anxiety disorder.
Obsessive compulsive disorder(OCD)
Worrying about whether you locked your door or not, or turned off your oven is completely normal and generally very helpful. However, people suffering from OCD get thoughts similar to the one's mentioned repeatedly throughout the day, which leads to repeated checking. This can become disturbing at times, and it can interfere with an individual's ability to function. People with OCD are distracted by compulsions, which can strain any relationship he or she is in.

Phobias
Generally, people experience anxiousness when they face certain situations, like if he or she is afraid of heights or traveling on a plane. This is quite common. For those who have severe and solidified phobias, he or she may have a heightened reaction to those experiences if they relate to his or her specific fear.

Symptoms, such as choking, nausea, and feeling faint can be the result of getting worked up over a specific phobia.

Post-traumatic stress disorder (PTSD)
It refers to the reaction that may develop in people who have experienced traumatic events in their lives. People with PTSD tend to isolate themselves due to intense fear and helplessness. They also have find it difficult to concentrate, and have recurring memories of traumatic events in their lives if a trigger has been set off. According to the ADAA, 7.7 million people are affected by PTSD in the U.S.

Panic disorder
This disorder refers to panic attacks that occur frequently. The characteristic features of panic disorders are the presence of unexpected panic attacks, worrying about an impending attack, and fearing the consequences that can arise due to a panic attack. Six million people are affected by panic disorder in the U.S. according to the ADAA.

How do I manage my daughter's anxiety?

Why do some people startle so easily?