A seizure is described as an abnormal electrical activity that occurs in the brain. Normally, neurons (also called brain cells) flow in an organized manner on the brain’s surface. However, when there’s an excess of electrical discharge, a seizure occurs.

Seizures can cause any of the following: loss of consciousness, muscle spasms, limb twitches or changes in behavior and sensation. 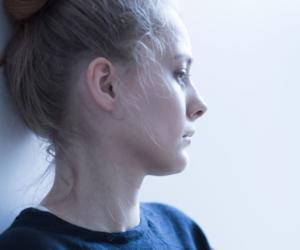 A seizure happens only once. However, this onetime event increases the risk of having another seizure within two years. Taking medication can lessen the risk of getting another one by 50 percent.

The two primary types of seizures are partial seizures and generalized seizures. Both types are linked with seizure disorders.

Symptoms of simple partial seizures include vision changes, involuntary muscle twitching, sensory changes and dizziness. Complex partial seizures may have the same symptoms with an addition of loss of consciousness.

Generalized seizures originate on both sides of the brain, at the same time. Determining the exact location of where the seizures started can be difficult as these seizures spread rapidly. As a result, treatments can be very difficult.

Absence seizures commonly occur in children. These are short episodes of seizures where a child appears motionless, staring in space as if daydreaming. Myoclonic seizures cause twitching of all four extremities. Tonic-clonic seizures can cause loss of consciousness, uncontrolled movements and loss of bowel and bladder control; these can last for up to 20 minutes.

The following factors increase the chance of having a seizure or seizure disorder:

People with severe high blood pressure, Alzheimer’s disease, or liver or kidney failure that are untreated must be cautious as these can also increase the risk of a seizure or seizure disorder.

What Treatments Are Available for Seizures and Seizure Disorders?

There is no absolute cure for both seizures and seizure disorders. However, there are treatments that can help prevent seizures.

Anti-epileptic medications are usually prescribed for seizures and seizure disorders. These drugs aim to change or decrease the extra electrical activity in the brain. Samples of these drugs are carbamazepine and phenytoin.

Another treatment for seizures is surgery. It is indicated when the anti-epileptic drugs have failed to control the symptoms caused by seizures. In surgery, the part of the brain where the seizures are originating will be removed.

A ketogenic diet may be recommended by the doctor as this can help alter the body’s chemistry which can result to a reduction in the frequency of seizures. This diet involves low in carbs and proteins and high in fats.

Tips On Living With Epilepsy

Does epilepsy cause brain damage?

At what age does genetic epilepsy start?