Methylprednisolone is a common drug that is recommended for a number of conditions like arthritis, blood-related problems, allergies, cancers, eye conditions, and various other medical conditions. Methylprednisolone helps in reducing the response of the immune system of the body to various triggers like inflammations, pains and other allergens. The medicine belongs to the corticosteroid hormonal class of medicines. In most cases, this drug is considered safe and can be used along with other medicines that are used to treat various hormonal disorders.

Methylprednisolone is a drug that should only be used on prescription. The medicine is available in the tablet form to be consumed orally. It can also be consumed in the form of a suspension or solution which is administered by the doctor as an injection.

I feel like I have a hunchback. What should I do?

The methylprednisolone is also sold under the brand name Medrol. It can also be purchased as a generic drug if not bought by the brand name. Generic drugs are less expensive as compared to buying the branded drug. However, when it comes to generic drugs one needs to ensure that it is the same composition as the one prescribed by your treating doctor.

This medication can be used to treat a number of medical ailments. The main use of this drug is to reduce symptoms of swelling and to alter the response of the body’s immunity system to various factors. Some of the conditions that are treated by this medication include:

Methylprednisolone is from the class of drugs known as glucocorticoids. This drug helps in reducing symptoms of swelling by altering the way the body reacts to certain immunity triggers.

How should methylprednisolone be used?

This medicine should be taken orally or as specified by the treating healthcare practitioner. In most cases, the medications must be taken along with food or milk to avoid side effects like nausea. The dosage recommended by the doctor must be followed carefully. The dosage of the medication and the duration for which the medicine should be consumed would depend upon individual medical condition and the individual response to treatment.

There are different dosages prescribed for the various medical conditions requiring treatment from this medicine. It is best advised to consume this medication at the same time every day or alternate day as suggested by your doctor. It may help to mark a reminder so as to avoid missing the dose. Speak to your doctor if you have any doubts about the consumption of this medication.

Do not increase your dose or use this drug more often or for longer than prescribed. Your condition will not improve any faster, and your risk of side effects will increase.

This medicine should not be consumed with doctor’s advice. Certain conditions could worsen or could cause withdrawal symptoms in case this drug is stopped all of a sudden. Prevention of these withdrawal symptoms can be done by gradually reducing the dose. Speak to your doctor if you are facing any form of reactions due to the stopping of this drug.

What are the side effects of this drug?

Like many other medications used to fight allergies, some of the common side effects of this drug include nausea, acidity, dizziness, sleeping issues, changes in hunger or appetite patterns, severe sweating and so on. In case any of these symptoms persist for a longer time or worsen with time, speak to your doctor immediately. Side effects of any medication tend to fade away with time as the body gets used to the medicine. However, for some people the medication may not work as it is expected to work and hence, in such a case the medicine should be altered promptly. Always remember that a doctor prescribes a certain medicine to treat your medical condition after weighing the benefits of the medicine against the risk of side effects. Most people consuming this medicine do not experience any serious side effects.

This medicine in some people can also have the risk of lowering the immunity function of the body to fight infections. This in turn can increase one’s chances of acquiring a serious infection or make an existing infection worse. Speak to your doctor about any such infections that you may be suffering from or if you are experiencing any signs of a severe infection such as fever, sore throat, cough and so on. Severe side effects like sudden weight gain, changes in the menstruation cycle, pain in the bones or joints, sudden bleeding and mood changes must be also reported to the doctor as these could suddenly get very serious.

There aren't many cases of bleeding from various organs resulting out of the consumption of this drug. In case you do notice any such symptoms of bleeding like black stool, blood in vomit, stomach or abdominal pain and so on, do not delay in speaking to your doctor about this. If you experience side effects like seizures, then that could be a serious side effect arising out of this medication and you should immediately consult your treating doctor. There aren't many cases of serious allergic reactions occurring due to this drug. However, in case you do notice an allergic reaction, rashes, itching or swelling immediately stop this drug or speak to your doctor.

Is methylprednisolone safe during pregnancy and for children?

Before consuming this drug speak to your doctor if you are allergic to it or any of its ingredients. Methylprednisolone must be consumed during pregnancy only when absolutely necessary. Hence, if you are pregnant or planning to get pregnant, inform your doctor before starting this medication.

Although this medicine is rarely known to harm the unborn baby when taken during pregnancy, discretion for consuming this medication is absolutely important. Make sure you discuss the associated risks and benefits with your treating doctor before starting this medicine. In some cases, babies born to mothers who were consuming this drug for a long duration may have certain hormonal problems. In case you think there are some symptoms that your newborn may be facing such as weakness, vomiting or diarrhea, then immediately have your baby checked by the pediatrician.

This medicine is known to pass to the newborn through the breast milk. So if you are a lactating mother, it is important you inform your doctor before starting this medicine.

This medication can have implications on the growth of the child when consumed for a long time. If your child is on this medication, it is important to get his height and growth checked periodically.

What diet is best for tachycardia?

Can you test yourself for diabetes?

How can I get rid of a fungal infection?

More from FindATopDoc on Methylprednisolone Tablet 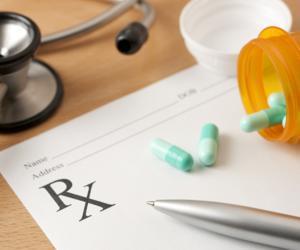 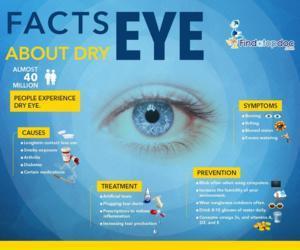 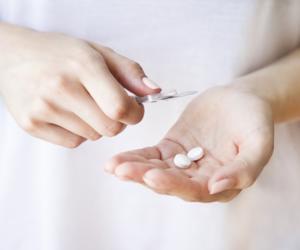