Vertigo is a symptom of many diseases. It is a condition where a person feels as though he or she is spinning or their surrounding is spinning. Vertigo occurs as a result of disorders in the inner ear. The causes of vertigo may be divided into peripheral and central problems. 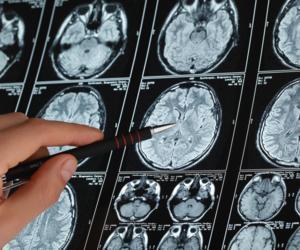 If you already have vertigo, it is important to pay attention to your diet since certain foods and beverages have the potential of aggravating the symptoms associated with vertigo. Dietary changes can reduce your risk for cardiovascular conditions and stroke, and they can reduce your need for heart or blood pressure medications, which can also be a cause of vertigo.

People with diabetes have a much higher risk of developing hearing loss. A high blood sugar level is considered to be a potential factor of an inner ear disease.

Stroke can also lead to vertigo. The risk factors for stroke include high blood pressure, heart disease, diabetes, and smoking. Therefore, an increased exposure to the substances that causes stroke can further lead to vertigo and aggravation of symptoms for people who already have vertigo.

The Importance of Diet

The vestibular system contains fluid. The buildup of fluid in the inner ear can be caused by an increase in one's salt intake. This fluid buildup occurs in Meniere’s disease, which is one of the causes of vertigo. Not only does excessive consumption of salt lead to fluid retention but also causes hypertension which may also make vertigo worse.

How exactly does a diet high in blood sugar cause vertigo? High levels of sugar in the blood can lead to arteriosclerosis (hardening of blood vessels). Arteriosclerosis, in turn, can cause high blood pressure, which is one of the causative factors of vertigo. Consuming a lot of sugar can lead to an imbalance in fluid and fluid retention. It has also been shown that people who have diabetes have a higher risk of developing vertigo and hearing loss as compared to people with normal blood sugar levels. For people who already have vertigo, it may be important to take measure, such as replacing sugary drinks with vegetable or fruit drinks, to prevent symptoms from becoming worse. Therefore cutting down on the daily intake of foods containing sugar can not only improve symptoms of vertigo but also improve general health.

For people who already have vertigo, it may be important to take preventive measures such as replacing sugary drinks with vegetable or fruit drinks, to prevent the symptoms from becoming worse. Therefore, cutting down on your daily intake of foods containing sugar cannot only improve the symptoms of vertigo but also improve your overall health.

Foods and beverages that contain caffeine should be avoided since caffeine makes tinnitus louder. Caffeine also has diuretic properties, which cause the kidneys to produce more urine, and thus, more water is lost from the body.

An excessive consumption of alcohol can also lead to an electrolyte imbalance. Alcohol can also directly change the volume and composition of the fluid in the inner ear. Moreover, it causes damage to the cells in the ear, which can worsen the symptoms of vertigo.

Both types of food are rich in amino acid and tyramine, which as discussed earlier are common triggers. People that are prone to migraine vertigo should avoid liverwurst, pepperoni, smoked sausages, or salami. Frozen cheeses such as Cheddar, Swiss, mozzarella, brie, Roquefort, and provolone should also be avoided.

Medications that may cause or aggravate the symptoms of vertigo include:

Antacids should also be avoided since they contain sodium. High levels of sodium will lead to water retention, which further leads to fluid accumulation within the inner ear.

Nonsteroidal anti-inflammatory drugs (NSAIDs), such as ibuprofen may cause water retention and an electrolyte imbalance. Aspirin can also cause or worsen tinnitus in people who have vertigo.

Other drugs such as anti-seizures, blood pressure medications, antibiotics, and antihistamines should also be avoided as they too can make the symptoms of vertigo worse.

A person who has vertigo needs a diet that is high in iron as well as low in cholesterol and sodium. Here are a few recommendations to help people with vertigo:

Can vertigo be treated?

What is the best over the counter medicine for vertigo? 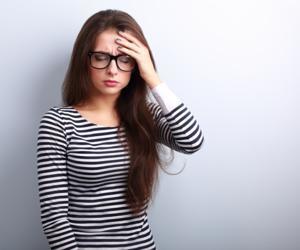 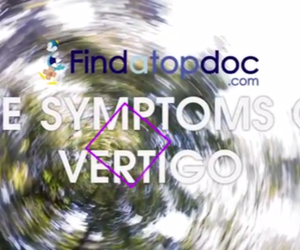 The Symptoms of Vertigo

Can kids suffer from vertigo?