The neurons in the brain can interchange and alter genes, scientists have found. This interference can expand what the brain’s proteins can do, but it also might be a reason for Alzheimer’s. 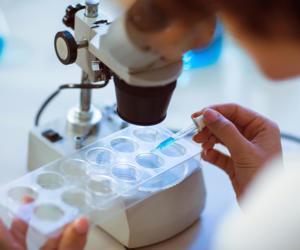 Drugs That Reduce Stickiness of Blood May Reduce Dementia...

Molecular biologist at the University of Queensland in Brisbane, Australia, Geoffrey Faulkner said, “It’s potentially one of the biggest discoveries in molecular biology in years.”

Neurologist Christos Proukakis agreed, "It is a landmark study.”

In the 1970s, it was first discovered that various cells could scramble and alter DNA in the brain. Scientists realized that immune cells could pick out pieces of genes that code proteins used for detecting pathogens. These same immune cells can also put the remaining pieces back together to form new varieties of genes.  For example, the B cells in the body can spawn one quadrillion types of antibodies. This is the way your body helps the immune system fight off a vast range of viruses, bacteria, and other attackers.

Scientists have seen evidence of somatic recombination or genomic reshuffling in the brain. In the brain, some neurons differ greatly from one another. These neurons may have more DNA or different genetic sequences than the cells that surround them.

Jerold Chun of the Sanford Burnham Prebys Medical Discovery Institute in San Diego, California and his colleagues analyzed neurons in brains donated by six healthy elderly people against seven patients who had noninherited Alzheimer’s diseases. The scientists tested what cells had anomalies in the genes for the amyloid precursor protein APP. APP is the source of the plaque in the brains of those with Alzheimer’s.

This report found in an online magazine, showed neurons in these donated brains that seemed to have not one or two versions of the APP gene, but thousands. They discovered chains that altered single nucleotide bases or the DNA subunits that make up the genetic code. In different cases, the APP gene variations had literally thrown out portions of DNA and knitted the remaining sections together.

Chun and his team further found that about 11 different mutations occurred in those donated brains whose owners had a rare form of inherited Alzheimer’s disease. The team also found that none of the patients who died without Alzheimer’s had any mutations.

“Rather than having one constant blueprint that stays with us throughout life, neurons can change that blueprint,”Chun proposes. The ability of neurons to change into different APP versions are also beneficial. Changes in neurons may be the sources that enhance learning, help with memory or other brain functions. Still, some APP versions or somatic recombinations might cause Alzheimer’s disease by producing versions of the APP that are harmful, or they may damage brain cells in many ways.

Chun believes that gene reshuffling depends on an enzyme called reverse transcriptase. This enzyme makes DNA copies of RNA molecules. When a new variant arises after a neuron produces an RNA copy of the APP gene this is normal. However, transcriptase reversed may recopy to an RNA molecule to create a DNA duplicate of the APP genome that is not the same. The conclusion says Chun is reverse transcriptase makes sloppy copies, and the new version does not match the original gene. The latest version may code for a different form of APP and disease like Alzheimer’s can be created.

Chun goes on to say there are drugs available to block reverse transcriptase for HIV infections. Might these drugs also work against Alzheimer’s disease?

Scientists need more evidence thatthis enzyme even has a role in causing Alzheimer’s. John Coffin of Tufts University in Boston says, “Although it looks like reverse transcriptase is involved, there’s a lot of work to do to establish that it is.”

Other scientists and virologists like Steven Wolinsky of Northwestern University’s Feinberg School of Medicine in Chicago Illinois agree with the conclusion that gene mutations possibly cause Alzheimer's. Dr. Wolinsky says, however,  there isn’t enough data yet to support the use of HIV drugs to prevent or slow down Alzheimer’s.

Chun and his team did not find signs of somatic recombination in cells from other organs or in other genes active in the brain. Still, scientists believe the process might have the potential to change and create other genes in the body. Perhaps, say researchers, this is the cause of diseases and conditions.

It is possible that if somatic recombination happens in neurons in the brain, these recombinations also occur in other brain diseases like Parkinson’s. Could one cure help another disease? It is always possible, but research is still a long way from finding the definitive answer.

Alzheimer’s is an advancing disease that destroys important cognitive function and short-term memory. Initially, Alzheimer’s disease is mild, and you may not notice your confusion and difficulty remembering. As Alzheimer’s progresses, however, you will eventually forget important people and events in your life, and you may even have dramatic personality changes.

Alzheimer’s is the most common cause of dementia or a group of brain disorders that causes the loss of intellectual skills. In Alzheimer’s disease, the brain cells degenerate, die and generate a steady decline in memory and mental functions.

Chromosome linkage does not answer the inherited questions. There may be someone in your family with Alzheimer’s, but you may never get the disease.

Mild confusion or Increasing forgetfulness is often thefirst symptom of Alzheimer’s disease you and other notice. However, as time goes on the disease takes away your most recent memories and your ability to reason; it changes who you are or your personality. Those with Alzheimer’s may:

Personality changes and behavior anomalies affect those with Alzheimer’s. These changes can include apathy and depression, social withdrawal and mood swings. Loved ones with Alzheimer’s seem not to trust others, and they are irritable and aggressive. Wandering and getting lost is common and changes in sleeping habits cause different health problems. You may find your loved one acting strangely and no longer have anyinhibitions. Delusions are common, and you may be blamed for things that have gone missing.

Some researchers believe they have the genes responsible for Alzheimer’s pinned down. But genes are not the only cause of Alzheimer’s. More research proves that lifestyle habits, the environment, and DNA play their parts in causing Alzheimer’s. These issues must come together to complete the Alzheimer’s picture.

Do You Have Alzheimer’s?

What are the markers of Alzheimer's disease? 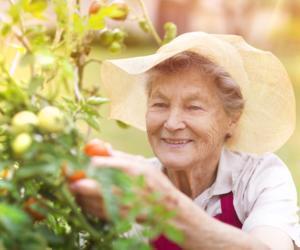 The Role of Mental Activity in Preventing or Delaying... 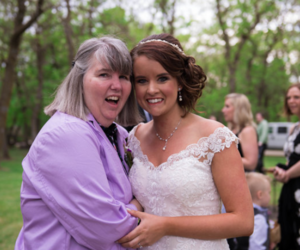 Daughter Plans Wedding in Three Weeks So Mom with Alzheimer's... 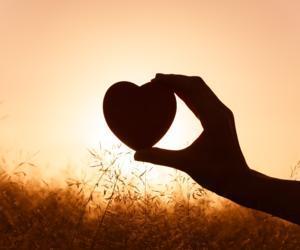 Overmedication in Nursing Homes Is Robbing Children of their Parents

Artificial Sweeteners May Heighten the Risk for Strokes and Dementia