Difficulty swallowing, also known as dysphagia, is a common symptom and one with an estimated prevalence of 13-33% in the RA patient population.

Rheumatoid arthritis is a long-term autoimmune disorder, typically results in warm, swollen, stiff and painful joints. Aside from pain in the joints and other tissues, oral, pharyngeal, and esophageal motility disorders are also common in patients with RA. In fact, difficulty swallowing, also known as dysphagia, is a common symptom and one with an estimated prevalence of 13-33% in the RA patient population.

I have a lot of pain in my joints. Could it be rheumatoid...

Despite the high occurrence rate of dysphagia in RA, evidence remains limited regarding prevalence, risk factors, and impact on quality of life. This is why Nelson Roy and Karla Miller, researchers at the University of Utah, as well as fellow colleagues from the Brigham Young University, sought to address these gaps in a descriptive epidemiology study. “While this aligned with our clinical experience of increased voice and swallowing problems in patients with RA, it also piqued our interest to study the problem in more depth” said Roy.

Roy, Miller, and fellow colleagues involved in the 2018 study analyzed 100 adult patients with RA, out of which 84 were women. The patients had a mean age of 61.1 years and a mean disease duration of 19.6 years. Extensive interviews were performed and various scales were used to measure relevant information, including overall health, swallowing difficulties, and health-related, dysphagia-specific quality of life.

Based on the gathered data, the researchers observed the following:

From doctors’ point of view on dysphagia in RA, the findings from this particular study suggest that the prevalence of swallowing disorders is quite common in RA. Additionally, the findings align with what is seen in medical practice today and in the knowledge on dysphagia at large.

Eating, in general, is an important part of health and well-being. And when dysphagia is present, it can have a significant impact on nutritional status, a negative impact on quality of life, as well as increase morbidity and mortality. It is known that the aging population has a significantly increased prevalence of swallowing disorders and in this study, the high occurrence rate of dysphagia in RA was influenced by a large representation of the older age group. “Older patients and those with moderate to severe RA and secondary Sjögren syndrome seem especially affected by swallowing difficulties. The presence of swallowing difficulty can result in anything from challenges in swallowing medications, a sensation of food sticking, and increased risk for aspiration to impaired nutrition and weight loss — all of which are associated with adverse effects on quality of life” said Dr. Karla Miller, a rheumatologist and assistant professor in the Division of Rheumatology at the University of Utah.

In regards to how doctors should approach the assessment and management of swallowing disorders in RA, one way to begin is by understanding where the symptoms are localizing. The doctor could start by asking the patient about mouth and throat dryness, difficulty swallowing and hoarseness. If present, it is important to take a systemic approach and to make a proper, timely referral for further instrumental examination. Currently, the most effective standard for assessment of difficulty swallowing is modified barium swallow, a fluoroscopic procedure designed to determine whether food or liquid is entering an individual’s lungs. Other key examinations include pharyngeal and/or esophageal high-resolution manometry and fiberoptic endoscopic evaluation of swallowing. “Once the specific impairments of the swallow have been identified, the treatment plan can be designed to target the specific problem to maximize and optimize swallow” said Dr. Azola.

Similarly, patient education regarding swallowing disorders in RA is important, so that they can know what signs and symptoms to look for. And if patients do start showing abnormal signs and symptoms, they need to be specific when describing them to their doctor, as there are numerous potential causes. “Keeping a journal or a brief list of this information to bring to their appointment is very helpful. Details should include: a clear description of their symptoms, when the symptoms started, how often they have symptoms, when the symptoms occur, etc.” said Christine Peoples, a rheumatologist at the University of Pittsburgh Department of Medicine.

Future studies relating to this topic will have to focus on better understanding of the nature and risk factors for the development of dysphagia, as an approach to enhancing swallowing initiation. Applying certain diagnostic tools could provide the necessary data needed to identify potential therapeutic targets and, as a result, make earlier interventions for healthy swallowing in patients with RA.

Could a Pacemaker-Like Implant Be the Next Rheumatoid... 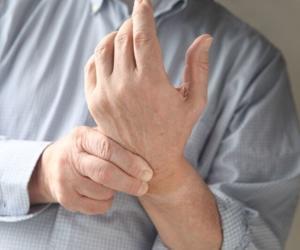 What to Avoid if You have Rheumatoid Arthritis 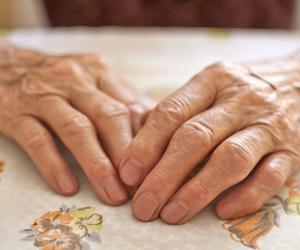 What should I remember when travelling with rheumatoid...

Make Sure to Include These Foods in a Rheumatoid Arthritis Diet