The process is quite normal. Most often, people find it really embarrassing to freely release gas because it sends out a peculiar odor and makes noise. However, it is part of the digestion process and has to be released if excessive waste gas is stored in the stomach. 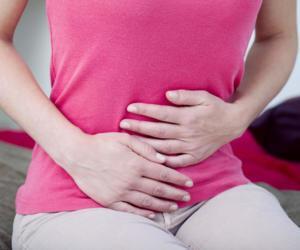 How to Get Rid of Bloating - Home Remedies for Gas...

Have a question aboutGas?Ask a doctor now

The five primary components of gas are nitrogen, hydrogen, methane, carbon dioxide, and oxygen. These are odorless gases. If the passed gas seems smelly, then it is attributed to trace gases such as indole or skatole, which are sulfur-containing compounds.

Hydrogen and methane contribute to the flammable property of passed gas. However, the proportions of methane and hydrogen largely depend on the bacteria that live in the colon, which ferment or digest the unabsorbed food coming from the intestine.

Studies suggest that 30-150 grams of undigested food reach the colon from the intestine in the form of carbohydrates on a daily basis. However, it still varies based on food intake and gastrointestinal tract functioning.

Gas usually gets collected in the stomach through two ways:

What is vaginal flatulence?

When air is trapped in the vagina, it can be released during or after sexual intercourse. It sounds very much similar to flatulence when it is released from the vagina. However, it does not contain any waste gases or any unpleasant odor. It is termed as "vaginal flatulence" because of the sound emitted while the air escapes the vagina.

Flatulence is part of our daily body activity and one cannot get rid of it. Hence, there is nothing to be embarrassed about it. We all tend to accumulate gas in our digestive system in some way or another.

In our day-to-day activities, it is quite common to swallow air while eating or drinking. A person can only swallow small amounts of air. However, if one tends to frequently swallow air, then excessive flatulence may be experienced. It may also cause excessive burping. A few of the reasons for swallowing air would be while chewing a gum, sucking onto any objects, hyperventilation, loose dentures, eating too fast, smoking, or due to the intake of carbonated drinks that contain various forms of gases.

There are also some foods that do not get fully digested or absorbed in our body. These foods pass the digestive tract without being completely digested. The colon contains bacteria in large amounts, which will break down the food and release gas. Flatulence is also the result of a gas buildup.

Another major cause of flatulence apart from the diet and swallowed air is lactose intolerance. It results from the decreased ability of the digestive tract to digest lactose.

Lactose is a natural sugar found in milk and other dairy products, which include ice cream, cheese, processed foods, bread, salad dressings, and cereals. People often experience diarrhea along with flatulence. Some people may also have low levels of lactase, which is an enzyme required to digest lactose after childhood. As people age, such enzyme in the body reduces, thereby resulting in lactose intolerance.

Apart from these major causes, the following conditions may also cause flatulence:

Foods or Drinks That Cause Excessive Flatulence

Below is a list of foods and drinks, which are often associated with chronic, extreme, or constant issues of flatulence:

To reduce flatulence, people should consume the following foods instead:

Excessive gas or flatulence are characterized by the following symptoms:

Normally, an average person would pass gas around 10 times or up to 20-25 times a day. If it’s more than this, then it can lead to excessive flatulence, which would need medical attention. Some people may also pass gas with a foul smell.

Usually, people are not aware of the amount of gas present in their digestive tract. If a person consumes too many fatty foods, then it can delay the process of emptying the stomach, which in turn leads to stomach bloating and pain. However, it does not necessarily lead to excessive gas production.

There are other conditions that can also lead to stomach bloating. They include irritable bowel syndrome (IBS), colon cancer, or Crohn’s disease. People who have undergone a hernia operation would also experience bloating because of sensitivity to gas.

Some people experience abdominal discomfort if too much gas is present in the intestines. At times, such pain happens on the left side of the stomach, which may be confused with heart disease. If the pain is on the right side, it can be confused with appendicitis or gallstones.

Burping or belching is quite normal during or after a meal. Some may even have the habit of releasing gas often, which is again, considered normal. However, belching can also be a symptom of a more serious condition such as gastroparesis or peptic ulcer disease.

The doctor will conduct a physical examination along with a discussion about the symptoms being experienced. The doctor will also ask about your medical history. Other tests may be performed according to the doctor's assessment and advice.

Additional tests are done to check if the body is not fighting an infection, check the possibility of food intolerance, and also to make sure if there are other medical conditions, which would be the cause of flatulence. The doctor could also suggest for dietary changes to relieve excessive flatulence.

A dietitian can also be referred by the doctor to create a food plan suitable for people with excessive flatulence.

If the flatulence is due to an underlying medical condition, then the doctor would prescribe medications for it. The doctor can also conduct further tests such as X-ray, colonoscopy, or a CT scan to get a conclusive diagnosis.

If you experience flatulence even if you are not swallowing too much air and does not consume foods that could cause flatulence, then it could be pointing to an underlying medical condition. The following are some of the possible medical conditions that come with excessive flatulence:

Passing gas 10 times a day is quite normal. However, if you are experiencing unexplained flatulence or if you have the following symptoms, then it is advisable to consult a doctor as soon as possible:

Treating flatulence can be done in a number of ways. Treatment usually depends on its cause, but can also be relieved by following simple home remedies.

1) Watch what you eat

Complex carbohydrates such as beans, vegetables, and whole grains are difficult to digest. Try to eat food items with less dairy and more on fiber to avoid excessive flatulence.

Having a food diary will help you keep track of what you eat and the types of food that should be avoided. The potential triggers for excessive flatulence can be identified when you write them down. Once you have identified your trigger foods, you can get rid of them and replace them with something more nutritious.

3) Eat less but at regular intervals

It is said that one should eat less but in a gap of two to three hours to boost one's metabolism. Food will be consumed in small regular meals six times a day. Most people eat with a gap of four to five hours and sometimes more. For this reason, when it is time to eat, people tend to consume more than what their bodies require. Hence, eating smaller nutritious meals can help maintain a healthy digestive process.

4) Physical activity is a must

It is said that regular exercising maintains good health. It also promotes good digestion and prevents excessive flatulence. Regular exercising at a scheduled duration keeps the body fit and free from diseases.

By chewing food properly, optimal digestion is achieved. When we eat smaller meals and chew food slowly, the small intestine can effectively absorb the nutrients from the food we eat, leaving small amounts of undigested food in the colon, which bacteria often feed on. These bacteria are the ones that can cause flatulence because of the waste products they release.

One can opt for charcoal tablets, which absorb gas through the digestive system. Other medications for flatulence include antacids or dietary supplements with alpha-galactosidase. It is important to note that these medications only provide temporary relief. For permanent relief, follow the above remedies, which can be incorporated as part of your daily routine.

Beano is a dietary supplement that can help relieve gas in the digestive tract.

How To Relieve Gas

My husband has weird stomach pain and is burping a...

More from FindATopDoc on Gas

Why do I have constant gas?