Dementia refers to a large number of diseases that progressively affect the person’s ability to think correctly, which can compromise their functionality in many ways. Those who suffer from any of these diseases might exhibit a wide variety of symptoms, including language issues, learning troubles, and problems with mood and motivation, among others.

Dementia is somewhat difficult to diagnose, given that its symptoms might be explainable through other factors, such as the natural aging process. However, the symptoms are usually much more aggressive than those caused by old age, and progress much more rapidly as the disease advances.

In most cases, when the origin of dementia cannot be explained by the presence of external factors ,such as accidents, injuries, or exposure to certain chemicals and substances across a long period of time, there is usually no other evidence to sustain the onset of the disease. In other words, the reason behind certain types of dementia are, as of nw, unknown.

One of the most common types of dementia is Alzheimer’s disease, making up over 70 percent of the cases. While there are many theories in place to explain the origin and development of this disease, most of them lack significant evidence to support them. Diseases such as Alzheimer’s and Parkinson’s cannot be cured, but they can be slowed; those who suffer from them must learn to cope with them, in the case of Parkinson’s, or follow treatment to slow down its development until the patient’s eventual demise, as is the case for Alzheimer’s.

Nevertheless, constant efforts are in place to further our understanding of these diseases, with the goal of someday discovering exactly what triggers them, and in hopes of also finding a cure or even preventing them entirely. As matters stand today, the treatment for those suffering from Alzheimer’s in the United States costs around $277 billion every year, without counting unpaid caregiving services, and most out-of-pocket expenses incurred by the families dealing with the disease. For these reasons, advancing our knowledge of these conditions is paramount in order to ease the burden that treating these disease puts on the healthcare system. If this research proves ineffective, it is estimated that the costs to treat dementia are going to rise to $1.1 trillion by the year 2050.

Luckily, researchers are slowly making breakthroughs when it comes discovering new facts about Alzheimer’s and dementia, in general. A longitudinal study, which was conducted by researchers across Europe and led by the University College London (UCL). This study is published in the medical journal Alzheimer’s and Dementia and it revealed a new element that may be directly related to the onset of many types of dementia, including Alzheimer’s: the Body Mass Index (BMI). The study also revealed that there may be evidence of a relationship between high body mass index and increased. Interestingly enough, the same study also showed some evidence of the contrary as true.

According to Mika Kivimäki, who is a professor in UCL's Institute of Epidemiology & Health and who is also the lead author of the study, this confusion is due to excessive body fat at the time of assessing the risk of preclinical dementia in potential patients, which is confused with those who are diagnosed with any type of dementia, as patients tend to lose weight when they are developing the symptoms of the disease. In other words, those who have high amounts of body fat are at higher risk of dementia, but these same individuals tend to lose significant weight near the time when they are diagnosed, at least when compared to healthy individuals in the same age range.

The study, which was led by Dr. Kivimäki, considered data from over 39 longitudinal studies performed several countries, including France, Finland, Sweden, the United States, and the U.K. The study in question pooled over 1,349,857 individuals which were dementia-free at the time of assessment, and who were regularly weighed and measure to study their BMI. By consulting hospital records, prescription histories, and death certificates, researchers were able to determine that, of the individuals studied, at least 6,894 had developed dementia during their 38 years of observation. Upon further inspection of the data, it was discovered that those who had higher BMI at least 20 years prior to their diagnosis had higher chances of developing the disease. Furthermore, it was also established that the risk dementia increased by about 12 to 33 percent per every 5 unit rise of BMI.

As a matter of reference, 5 units of BMI are approximately the difference between a regular and overweight individual, and also the difference between an overweight and an obese individual. The study also proved that those who developed dementia had lower BMI than their healthy counterparts in the preclinical phase of dementia, moments before they received their formal diagnosis.

These findings helped researchers to derive two important conclusions: For starters, the risk of dementia is seemingly tied to the BMI. Specifically, those who have higher BMI have much higher chances of developing dementia in the future. Furthermore, in the preclinical phase of the disease, those who show a steady decrease in BMI, compared to other individuals are also likely to develop dementia.

In light of the inconsistencies discovered initially in the analysis of the results, Kivimäki states that, by studying, dissecting, and stratifying them, they were able to derive a plausible explanation to said inconsistencies, while also making an important discovery for the field of mental health and the study of dementia.

However, the team is insistent that further studies are crucial to determine the relationship between significant weight loss and the onset of dementia, as their investigation is merely correlational and doesn’t explore the underlying mechanisms behind their discovery.

Kivimäki also states that further research is relevant to determine whether higher BMI is linked to a higher chance of dementia, in general, or with the development of specific types of dementia, such as Alzheimer’s, frontotemporal dementia, Lewy body dementia, and vascular dementia.

Alzheimer’s is Not a Part of Normal Aging 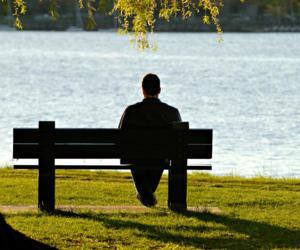 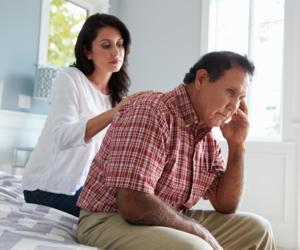 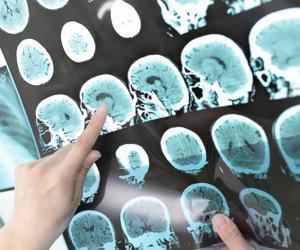 Dementia and Related Psychosis: Should Antipsychotic Drugs Really Be Used?