St. John's wort is basically a plant which existed only in Europe, but today the plant can be found in USA and also some parts of Canada. The plant has oval-shaped leaves and golden-yellow flowers. The plant is attractive to look at having colorful petals and the colors of the flower are a mixed of black with yellow with small uneven dots.

It derived its common name as it usually flowered and was harvested on St John's Day, 24 June, while its genus name Hypericum is derived from the Greek words hyper (above) and eikon (picture), as traditionally plants were hung over religious icons in the home during St John's Day, to ward off evil. The word perforatum is to describe the leaf's perforated appearance as the dots get conspicuous when held up to the light.

The plant grows faster during the harvesting season and are mainly used for medical purposes. The plant gets dried immediately and is preserved for its potency.

The plant which existed in one part of the world was studied, tested and utilized in offering a solution to one of the  the most common health disorders around the world. People in many countries were suffering from depression, but St.John’s wort has helped people face difficulties in a much better way. The disease of depression is increasing day by day.

Quite a number of scientific studies were conducted, but failed to find an effective solution for depression. This magical plant however has changed the way of life for people suffering from depression. It helps in recovering faster and it can give relief from inflammation and promotes healing. It has become highly popular during the past few decades and St. John's wort is now used with the help of numerous herbal preparations for the treatment of anxiety and depression.

Medical science has termed St.John’s wort as a wonder drug which works efficiently on the human body and offers the much needed and highly
awaited solution for people suffering from depression. This drug is a time tested solution which is benefiting many people from various countries, including the USA.

The preparations of the medicine vary greatly in chemical content and the offered quality. The most standardized quantity of hyperforin is commonly 3% to 5% and it can have hypericin which is commonly 0.3%. This medicine is usually advised to take for a span of one year every day in a range of 300 mg to 600 mg. In some conditions, it can be taken from 300 mg to 1200 mg per day.

There are some precautions to be taken before taking the medicine, otherwise it might create contraindications and confusions. Certain other medicines should also be avoided while taking St. John’s wort, as it might lead to serious health issues.

Some of the medicines that should be avoided are :

One should avoid use of St. John's wort during pregnancy because not enough research has been carried out and no data is available which can define the usefulness of the medicine during pregnancy. The medicine St. John's wort mainly consists of chemicals which are not advisable to use during the time of pregnancy. It is usually observed that strong medicines always harm the growth of the baby during the time of its formation. For any drugs you want to take during pregnancy, you should consult the doctor and as per the medical advice, take the prescribed medicine and not any other medicines.

St. John’s wort has become very popular in recent times and it is considered as the potential cure-all used under various circumstances. This herbal remedy offers a host of useful benefits which are used as an exceptional medicine.

This drug has been popular in a number of countries around the world such as America, Russia, Asian countries, China, along with the Middle East. St.John’s wort has become popular among the young and old.

The small plant in form of a herb has been supporting people who are in distress, sad and have lost hope of a better life. This medicine has brought many changes in the lives of people suffering from mild or severe depression. Many people who suffer from depression either sulk and become disinterested in life or they may have suicidal mentalities. This medicine which is available in the form of a tablet, cream or oil can seriously help a person in managing their life with dignity and satisfaction. The use of this medicine is growing across the world and it has become one of most popular herbal supplements. The chemical constituents of St. John’s wort also support bioflavonoids and other varieties of antioxidants. Always consult the doctor before beginning to use the herbal supplementation of St. John’s wort medicine.

The only negative effect of St. John’s wort medicine is that some people may experience symptoms like dizziness, nausea, fatigue, and confusion. But otherwise, the drug is highly useful in keeping a person healthy for long.

What are the Benefits of CT Scans and MRI Scans?

How You will Benefit from Increasing Plant-Based Foods...

Can heat make your heart race? 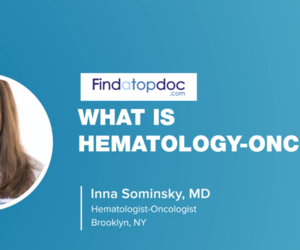 Dr. Inna Sominsky - What Is Hematology/Oncology

I feel very sleepy after my acupuncture session. Is... 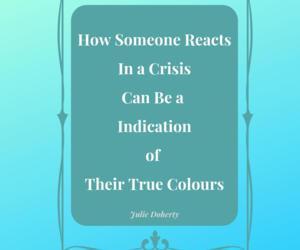 How You React In a Crisis: Is This a True Indication...