Bruises, also known as contusions, appear due to certain types of trauma. Bruises are formed when the body’s soft tissues are injured due to bumps, twists, fall, or blow to the body. This injury causes tiny blood vessels and small veins to break and release red blood cells (RBCs) below the surface of the skin, which looks bluish, reddish, purplish, or blackish on the skin's surface.

Bruises can occur to any individual and at any age. There are bruises with only slight pain, which makes them unnoticeable. Bruises are common and are not usually a cause for concern to most healthy people. However, it is also important to know how they can be treated and the time when the condition needs emergency medical attention. 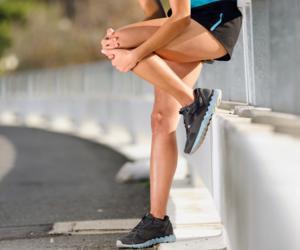 What Should I Know About Bruises?

Have a question aboutBruises?Ask a doctor now

There are three different types of bruises and they are mainly based on which region of the body they occur:

The symptoms associated with a bruise would mostly depend on the cause of the bruise. The most obvious sign would be skin discoloration. Although most bruises look black or blue, they can also appear as purple, green, brown, or red when bruised are in the process of healing. An individual may also experience pain as well as tenderness in the bruised region. However, the symptoms are most likely to improve as the injury heals.

See a doctor if you also have the following:

Blue-coloured bruises that form on the legs may be due to varicose veins. However, black-colored ones can be a sign of deep vein thrombosis (DVT), which is a life-threatening condition caused by a blood clot in the deep veins of the body, especially in the legs.

It is normal for healthy people to get bruises when they accidentally bump into something hard or when something solid bumps into them. People also get bruises due to the following causes:

Bruises that tend to develop after a cut, fall, burn or injury are quite normal for most individuals. These bruises are formed as part of the body's natural healing process. In most of the cases, they are not something to worry about. However, when a wound reopens and produces pus, blood, or clear liquid, you need to immediately see a doctor since these are signs of a potential infection.

It has been seen that use of certain medications can also lead to the occurrence of bruising in some individuals, especially those who are taking corticosteroids and blood thinners. Certain herbal and dietary supplements, including fish oil, have similar effects to blood thinners, thereby leading to the occurrence of bruising. An individual may also notice bruising after getting injections or by wearing tight-fitting clothes.

Bruising is also commonly seen in older adults since their skin becomes thinner as they get older, and the capillaries present below their skin become more susceptible to breakage. There are also few people who easily get bruised, but has little or no impact on their body.

Most bruises usually take about 2-3 weeks before they completely disappear. However, there are cases wherein a bruise becomes solid and larger in size instead of healing. This condition is called a hematoma, which indicates trapped blood in the tissues. In rare cases, calcium deposits may build up at the site of injury, which leads to a process called heterotopic ossification (HO).

When there are no suspected broken bones in an injury, most doctors would not order for specific tests. However, an X-ray may be carried out if there is severe pain and swelling to ensure that there are no broken or fractured bones.

Blood tests may be performed in cases of unexplained bruising to check for any bleeding disorders. Patterns of bruising in different healing stages may alert doctors of a possible physical abuse.

Most bruises can be treated using home remedies. Some of the remedies you can do at home include:

Although bruising is inevitable, you can prevent getting a bruise by being careful while doing certain activities, such as playing sports, exercising, or simple housework.

Wear protective gears when playing sports. You can wear shin guards and hip guards as well as pads on your knees, shoulder, elbows, or thighs to avoid bruising in these areas.

Bruises with blue or black marks are usually a normal occurrence. After an injury, getting bruises can be quite uncomfortable. However, these bruises heal over time and tend to go away on their own unless they are caused by an underlying medical condition. Consult a doctor if your bruises do not heal or improve within 2-3 weeks.

I got bit by something and my hand is bruised, what...

More from FindATopDoc on Bruises

For how long should bruises last?

Sudden bruising for no reason

I got bit by something and my hand is bruised, what should I do?

While running I fell, and I have a gigantic bruise on my thigh. Do I just wait it out?

I was left with a hole in the skull after hematoma evacuation. Is it safe?