Tachypnea is a medical term, which means rapid and shallow breathing. This condition is often confused with hyperventilation, which is another type of abnormal breathing that is characterized by rapid but deep breathing. Both conditions are caused by carbon dioxide buildup in the lungs, which can lead to an increased level of carbon dioxide in the bloodstream. In such cases, the blood's pH level becomes more acidic, which sends a signal to the brain that there is something wrong with the body. The brain responds and sends a signal to the respiratory system to hasten its function in an attempt to fix the imbalance as well as to stabilize the pH levels of the blood back to normal.

Around 8-16 breaths per minute is the normal breathing rate of a healthy resting individual. When people have a breathing rate higher than this, it is considered as tachypnea.

How are breathing issues treated with lung cancer?

Have a question aboutTachypnea?Ask a doctor now

In the case of newborn babies, they may experience a certain form of tachypnea, which is called transient tachypnea. This condition occurs when there is residual fluid present in the lungs of the baby leading to fast as well as shallow breathing. However, the condition normally resolves on its own within the first 24 hours of birth. During this period, newborn babies are closely monitored.

There are a number of conditions that can lead to the occurrence of tachypnea. Few of the chronic conditions that can trigger tachypnea include lung disease, obesity, anxiety attack, and asthma. Tachypnea can also be due to acute conditions, such as pulmonary embolism (clotting of the blood in the lungs), septic shock, heatstroke, choking, and heart failure. Lung infections, such as bronchiolitis and pneumonia, can lead to the occurrence of tachypnea as well. Let us take a look at its causes in detail:

The physiological cause of a certain condition refers to the normal response of the body to correct another type of condition. The two main physiological processes are mentioned below:

Pathological causes of tachypnea do not occur in an effort to restore balance in the body. They do the opposite instead. One of the examples would be hyperventilation, which is often a reaction to certain types of fear or anxiety in an individual.

The most obvious symptoms of tachypnea are fast and shallow breathing. These symptoms are experienced when the lungs have too much carbon dioxide in them. It is described as not getting enough air. One of the most noticeable symptoms is having a bluish or grey tint on the skin, gums, lips, or nails.

The individual may start to feel lightheaded, there would be pain in the chest, fever, breathing that tends to worsen over time, and a chest that caves in with each breath. Tachypnea is caused by a number of medical conditions. For this reason, it is important to consult a doctor for an accurate diagnosis and proper treatment.

Doctors may immediately treat patients to correct their breathing pattern, and help them take deep breaths. The doctors can also ask certain questions that are related to your symptoms. Patients are usually given oxygen-rich air through a mask.

During your doctor's visit, you may be asked the following questions:

The doctor would also listen to your lungs and heart using a stethoscope. A device called pulse oximeter will be used to check the level of oxygen in your body. The device is usually worn on your finger.

An arterial blood gas test can also be carried out to check your oxygen levels. In this test, a blood sample will be collected from your artery. The blood sample is then sent to the laboratory for analysis. Anesthesia may be administered to the site of blood collection to avoid feeling any discomfort.

Imaging scans may be used by doctors if they want to take a look at the patient’s lungs. These scans are quite helpful in identifying lung infections and lung damage. Imaging scans include X-rays, MRI scan, or CT scan.

Treatment of tachypnea usually depends on the exact cause of the breathing issue.

If the above-mentioned treatments fail to work, doctors usually prescribe beta-blockers to correct the patient’s breathing. Beta-blockers include atenolol, acebutolol, and bisoprolol. These medications counteract the effects of adrenaline, thereby relieving rapid and shallow breathing. Adrenaline is a type of hormone released during stressful situations. It usually increases your breathing and heart rate.

Preventive measures depend on the cause of rapid breathing. When tachypnea is caused by asthma, individuals must avoid strenuous exercises and exposure to allergens or irritants, such as pollution and smoke.

Hyperventilation can be stopped before it becomes a medical emergency. If a person is hyperventilating, his or her carbon dioxide intake must be increased along with decreasing the intake of oxygen. To stop hyperventilating, try breathing slowly into a paper bag or use the breathing technique called pursed lip breathing (PLB) to help control your breathing.

What Causes, Symptoms, and Treatment Breathlessness?

I have been suffering from dry cough for the last one...

More from FindATopDoc on Tachypnea 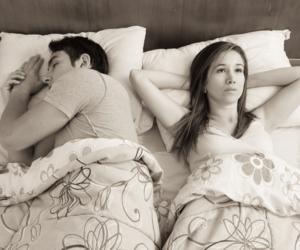 What is Diaphragmatic Breathing? 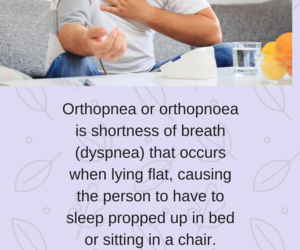 Weird feeling when I breathe, what is it?

Can an inhaler help me treat my allergies?