People often say they slept like a baby after a restful night of sleep. However, that is not always the case, especially for kids suffering from obstructive sleep apnea. Sadly, most parents are not aware of this issue and it can become a very difficult problem to deal with, a problem that can affect child’s development and day to day lives.

When a child starts displaying symptoms of problems related to their sleep it is imperative to study them. It has been known for a long time that having fragmented sleep, meaning, not sleeping uninterruptedly the entire night but waking up several times can cause multiple side effects such as:

Treatments for Insomnia: Do I Need a Sleep Study?

The appearance of these problems will depend on how severe the condition is. It usually takes children to display more than one of these symptoms for parents to begin worrying about a more serious issue going on.

The Case of Mia Amdur

Adam Amdur, now chief patient officer at the American Sleep Apnea Association (ASAA), faced an important event along with his daughter Mia that had him becoming aware of such a dramatic health condition could affect children as well. However, it was not such a surprise for Adam and his wife Justine, since they were already familiar with obstructive sleep apnea. Adam and Justine, both come from families with an adenoidal face syndrome better known as “long face syndrome.”

Both, Adam and Justine suffer from obstructive sleep apnea, so being aware of the symptoms actually helped them to have Mia diagnosed at a very young age of two years old. Adam and Justine took their daughter to a Stanford Center for Sleep Sciences and Medicine sleep study where it was confirmed that Mia had sleep apnea.

Did the Early Diagnosis Help Mia?

If Mia had not been treated from a very young age, she might have suffered learning attention problems and could have developed conditions related to heart and blood pressure when she was older. Thanks to the proper care and treatment given to the condition, Mia, who is now 9 years old, was able to sleep away from home during summer camp this year, played sports as a regular girl and even rode horses along with other children of her age.

Adam also believes that the early diagnosis and ongoing treatments Mia has received prevented the development of fatal conditions that may have put her life at risk. Some of the measures taken in order to prevent Mia from developing further problems were having her tonsils removed and having 2 orthodontic procedures that helped expand her pallet and airflow. Currently, she sleeps with a continuous positive airflow pressure machine (CPAP) which assists her respiratory activity while she sleeps.

Mia has stated that she can feel the difference when she does not wear the continuous positive airflow pressure machine to sleep. She used it during the entire summer camp.

Is Sleep Apnea Common in Children?

Sleep Hypopnea Apnea Syndrome (SAHS) of the child is associated with a considerable number of health problems. Children who have sleep apnea stop breathing for 10 to 30 seconds while they sleep. These short interruptions in breathing can occur up to 400 times each night. Breathless periods can make cause them to wake up from deep, restful sleep, which is especially frequent and intense in children.

Even so, childhood apnea is a poorly diagnosed pathology, which can lead to damage to the brain structure, at a crucial stage for the child's neurological development and learning. Researchers who are experts in the field say that the effects on the cognitive abilities of untreated apnea are more severe in children than they are in adults.

There is a plethora of symptoms that may make parents suspect an infant is suffering from sleep apnea. The most characteristic symptoms of this sleep disturbance are snoring, strong breathing, night micturition, bruxism (clinking of teeth), behavioral disturbances, irritability, poor academic performance and difficulty concentrating and altered metabolism. This health problem occurs in 4% of the child population.

Kids with sleep apnea can develop learning and behavioral problems, and, later in life, heart problems as well. About 10 percent of children snore, and about a third of those have a form of sleep apnea. Sleep apnea can make children hyperactive, and is sometimes misdiagnosed as attention deficit/hyperactivity disorder (commonly shortened as ADHD).

When it is left untreated, children’s sleep apnea can contribute to learning delays and lead to many potentially fatal blood pressure and cardiac issues.

There are three known types of sleep apnea:

Most children with apnea (about 95%) suffer from partial, sometimes complete, obstruction of the airways during sleep.

The most frequent cause is the Adenoidea Hypertrophy, and in most of these cases the solution is having surgery for the upper respiratory tract. When the airway is narrow, the child struggles to breathe, but air cannot pass easily through the nose or mouth. Other causes are due to the throat and tongue muscles relaxing during sleep and partially blocking the opening of the airway.

It can also happen when the muscles of the palate and the base of the tongue and uvula relax and sink, the airway is blocked, making breathing laborious and noisy or even stopping altogether. In a small percentage, there is a neurological cause that should be treated with a positive pressure respiratory therapy CPAP during sleep.

An adequate diagnosis based on a nocturnal polysomnography can give doctors the clue about the origin of the problem to be able to act on the cause or to avoid the harmful effect of the apnea.

Can a respiratory therapist help in treating sleep...

Sleep Apnea: What Are the Causes, Symptoms, and Treatment? 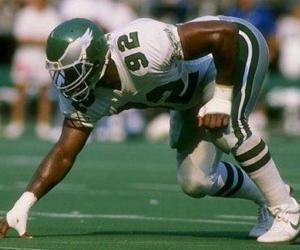 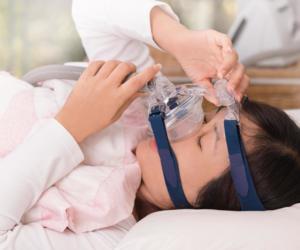 A Parent’s Guide to Sleep Apnea in Children