Between the age group of 3-12 years, children are active and the syndrome is usually not recognized by parents because they are only thought to be always excited. Usually, the symptoms of a hyperactive child are not easily recognized by parents, according to several reports and published studies. The parent may feel that the child is excited and active as most children are in their growing stage between 3 to 12 years. But if the child becomes unusually aggressive or gets too anxious or cries or fidgets often, then it must be noted.

Common behaviors with hyperactivity are:

Hyperactivity is mainly characterized by noticeable lack of attention and presence of restless behavior. It is a behavioral disorder when the child constantly seems to move about even in those situations that are not appropriate or may fidget excessively or wear others out with constant activity.

A lot of energy is displayed by children when they are small. So, it is difficult to figure out whether they are hyperactive or not. But certain signs and symptoms may be characteristics of a hyperactive child. It is necessary to treat the child immediately if the child shows any one or more of these symptoms:

For such children, instructions, such as "just wait a little while" or "be patient", is twice as hard as it is for youngsters. Hyperactive children may tend to overreact emotionally and may be moody. Such a child may be viewed by others as weird, disrespectful or needy. They may act without even thinking. In other people’s conversations or games, the child may intrude or may guess the answer rather than solving it and taking the time to find the answer. In class, such a child may give out the answer without even hearing the full question or will not wait till he or she is called. Hyperactive children may say the wrong things at the wrong times and interrupt others. They may not be able to keep their powerful emotions in check and then it usually results in either temper tantrums or angry outbursts.

The primary features include hyperactive, impulsive and inattentive behavior. Before the age of 12, the symptoms begin and as early as 3 years of age, the symptoms become noticeable in children. The symptoms of ADHD can be mild or moderate or severe or the symptoms may continue until adulthood.

ADHD has three subtypes. These are:

A variety of symptoms can be presented by hyperactivity in children, such as higher than usual activity, poor impulse control, inability to focus and difficulty sitting still. Usually, parents like to go for any treatment that does not need typical stimulant-based drugs. In this situation, dietary options are also there and along with medications, they can be used.

The characteristics in children with hyperactivity will differ. Each case should be fundamentally approached in an individualized way. Support should be provided in order to adapt to their needs. Parents should encourage their children and work on their frustrations as well. Managing ADHD is not an easy task, but it is definitely possible with the right care.

My son is affected by his older brother's behavior.... 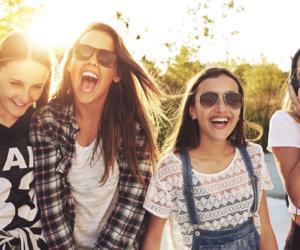 Does Strattera cause dizziness and confusion?

Can one start showing symptoms of ADHD as an adult?