Here is an eye opening statistic. Approximately 85% of women who are sexually active and do not use contraception, will get pregnant in the first year.  Despite the myths, yes, women can get pregnant about 10 days of giving birth, while breast feeding and during menstruation.

If getting pregnant is not something you are ready for, you'll want to use contraception. While most are used to prevent pregnancy, several can also offer protection from sexually transmitted diseases (STDs).

What are the disadvantages of the birth control implant?

The types of contraceptives can be divided into five categories:

The following are examples of barrier contraceptives:

Diaphragm: This is a shallow flexible cup that is also made from latex. It is placed inside the vagina and prevents sperm from penetrating the uterus. Diaphragms can be inserted for up to 6 hours before sex. It should be removed within 24 hours of having sex for cleaning. Diaphragms should be used with spermicide. Used properly, the diaphragm is about 92-96% effective at preventing pregnancy

Cervical cap: This is similar to a diaphragm but smaller. It is placed into the vagina to prevent sperm from reaching the uterus. It should remain in the vagina for up to 6 hours after sex and should be removed after 48 hours. Cervical caps should also be used with spermicide.

Contraceptive sponge: This is a small, round-shaped foam made from polyurethane that is placed inside the vagina. This sponge contains spermicide that kills sperm and thus prevents fertilization from occurring. It should be left in the vagina for at least 6 hours after intercourse and removed within 24 hours after having sex to prevent toxic shock. With proper use during every act of intercourse, the efficacy rate of the sponge is 89% to 91% according to the manufacturer of the Today branded sponge.

A few side effects of the barrier contraceptives include:

The following are examples of hormone contraceptives:

Contraceptive injections: Injections can be effective for 8 to 12 weeks and are as effective as the pill in preventing pregnancy.

Vaginal ring: A vaginal ring is a small plastic ring that is placed in the vagina and stays there for up to three weeks. This ring contains a mixture of estrogen and progestin. It is only removed during menstruation.

A few side effects of hormone contraceptives include:

Sterilization, more commonly known as having your tubes tied, is a method of contraception in which the fallopian tubes are tied to prevent sperm from reaching and fertilizing an egg. This is done in a procedure known as tubal ligation. It can be performed laparoscopically, and the woman can go home the same day of the operation. Sterilization is usually irreversible.

IUDs can be hormonal or made of copper. Both work by preventing the sperm from fertilizing the egg. IUDs provide long-term protection from pregnancy. They are placed in the uterus and can last as long as five to ten years without being removed.

Side effects of the IUD include:

There are 2 ways to prevent pregnancy after you have unprotected sex. The best kind for you depends on a few factors — when you had sex, your weight, whether you’re breastfeeding, and what kind is easiest for you to obtain.

Option 1: Get a ParaGard IUD within 120 hours (5 days) after having unprotected sex. This is the most effective type of emergency contraception.

- A pill with ulipristal acetate. There’s only one brand, called ella. You need a prescription to get ella emergency contraception, but you can get a fast medical consultation and prescription with next-day delivery online. ella is the most effective type of morning-after pill.

- A pill with levonorgestrel. Brand names include: Plan B One Step, Next Choice One Dose, Take Action, My Way, AfterPill, and others. You can buy these morning-after pills over the counter without a prescription in most drugstores and pharmacies. These types of morning-after pills work best when you take them within 72 hours (3 days) after unprotected sex, but you can take them up to 5 days after. The sooner you take them, the better they work.

It is important to note that the female condom, diaphragm, and cervical cap are the only forms of contraceptives that have the ability to provide some protection from STIs. But the only thing that works is using a condom 100% of the time.

A natural method of contraception exists. This involves monitoring the menstrual cycle and avoiding sexual intercourse during the period when a woman is fertile. These three techniques consist of monitoring basal metabolism temperature, cervical mucus, and/or rhythm or calendar method. The natural method is more effective when all the three techniques are used. However, this method is not as effective as the other methods of contraceptives.

There are side effects associated with every contraceptive method, hence the best and most accurate method of preventing pregnancy is abstinence from sex. This not only prevents pregnancy but also helps to prevent women from acquiring sexually transmitted diseases.

Do antibiotics decrease the effectiveness of birth...

How can I prevent pregancy without using condoms or...

More from FindATopDoc on Birth Control

What are the side effects of Toh Diane tablets? 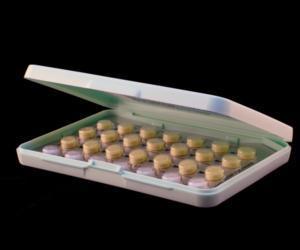 How to Choose a Good Birth Control Method for You 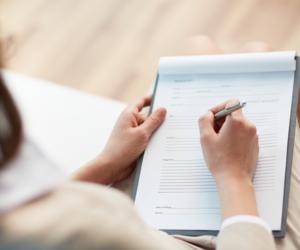 Can birth control cause my urine to smell?

How to Choose a Good Birth Control Method for You