Lynch syndrome, or hereditary non-polyposis colorectal cancer, is extremely common and is often responsible for causing ovarian cancer; however, people do not often discuss it. Now, many are trying to raise awareness and dialogue about the syndrome.

Many are aware of what BRCA is, and how it may or may not affect them. Recently, in the last twenty years to be precise, testing for BRCA1 and BRCA2 mutations was made available. We now know of the link between these mutations and breast and ovarian cancer, so many women rush to get tested. When the results of the tests have come back positive, tens of thousands of women have opted to take part in prophylactic surgery. These women have started a wave of "previvors", or people who have survived due to preventative surgery. Of course, the most famous among them would be Angelina Jolie who opted to undergo the procedure in 2013. After that, largely due to the press coverage surrounding her decision, the amount of people testing themselves for BRCA rose by 64 percent, as reported by a Harvard Medical study. 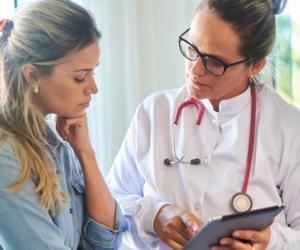 So, it makes sense why the amount of testing for BRCA rose, and it was surely a good thing. However, what remains a mystery is that Lynch syndrome is very similar to BRCA prediction and can also cause ovarian cancer. Despite how common the gene alteration is among women, there is very little discussion about it. This may be due to BRCA being the "celebrity mutation" according to many geneticists, but it also may be due to the areas the mutation can affect. BRCA has the potential of affecting the breasts and ovaries, whereas Lynch syndrome is known for raising the risk for cancers including colon, uterine, ovarian, liver, pancreatic, stomach, upper urinary tract, bladder, and skin. In occasional rare situations, it can even lead to brain cancer. Because of the wide variety of potential cancers, some propose that the reason there is a smaller amount of awareness for Lynch syndrome is that the wide variety confuses people, as there is no single comprehensive threat.

Over a century ago, a seamstress alerted a doctor by the name of Aldred Scott Warthin that many family members of hers had gotten cancer, and that she was beginning to fear for her own health. Warthin was the chairman of the department of pathology at the University of Michigan, and many of his colleagues began to follow his study of the family. In the 1960s, a physician in Michigan by the name of Henry T. Lynch picked up the survey, and the syndrome was eventually named after him. The five genes that are connected to the syndrome became identified in the middle of the 90s; however, it was not possible to be genetically tested until approximately ten years later.

It is not possible to acquire the exact number, but it is estimated by a recent study that approximately one in 279 people are carriers, which results in around one million individuals having the disorder in the United States. Most resulting colorectal cancer is sporadic, which means that it happens only by chance without a specific known cause. It is estimated that between 3 and 5 percent of colorectal cancers stem from Lynch syndrome.

Sapna Syngal, M.D., who is the director of the gastrointestinal genetics and prevention program at Dana-Farber Cancer Institute in Boston, explains, "it may be the most common cancer syndrome, but people aren't thinking about it enough."

Lynch syndrome is an inherited cancer syndrome tied with certain genetic predispositions to specific cancer strains. Therefore, people with Lynch syndrome have higher risks of certain types of cancer, such as those described above. To ascertain a family's risk of Lynch syndrome, one can analyze diagnoses of colorectal or endometrial cancer in more than one relative on the same side of the family, especially if they were diagnosed at a young age.

It is recommended that every person that has been diagnosed with colorectal cancer be tested for Lynch syndrome. Some even recommend testing for all endometrial cancers, too.

Lynch syndrome is very rarely spoken about in general, and very little information is available. However, an excellent piece recently came out by Nell Casey, who is a renowned writer in New York City, where she explained her experiences. The article is available in Vogue by the name of "Lynch Syndrome Is a Common Hereditary Condition That Can Cause Ovarian Cancer - So Why Isn't Anybody Talking About It?"

She states that while traveling Rome, at age 42, she first learned about the disorder. Her mother had called her via Skype to tell her that she had been tested, and was positive. Therefore, Nell had approximately a 50 percent chance of also being a carrier. When she learned of this, she made an effort to find someone who could properly treat the syndrome, or at least have heard of it. She went from gynecologists to general practitioners, until she finally found a pediatric nephrologist that she had met previously who would be able to take blood and send it to a lab in Pavia in order to see whether she, like her mother, was a carrier. Once the results were returned, she found that she was, in fact, positive for the mutation.

She then contacted many doctors back in New York where her oncologist recommended that she get preventative surgery of the uterus and ovaries. She thought this could be a good idea in a couple of years, but he insisted that waiting would not be in line with his professional opinion.

Like anyone who had recently received those type of test results, she states that she had many fears and imagined the worst coming down the line. She was told that her odds of contracting ovarian cancer had risen from 1.5 percent to 12 percent. Therefore, she decided to opt for the preventative surgery that the professionals had recommended to her.

Her procedure lasted approximately three hours and she was able to come home the following day, although she mentions that she looked pregnant due to gas being pumped into her stomach to push away organs from the uterus for the operation. However, she says the swelling went down in a few weeks.

As Dr. Syngal pointed out, we are not thinking about Lynch syndrome enough. Ideally, it should be given as much thought and recognition as BRCA so people will go out and get tested and, if necessary, have preventative surgery performed to ensure their future wellbeing. While it may not be the "celebrity mutation," it is extremely common and awareness needs to be raised. 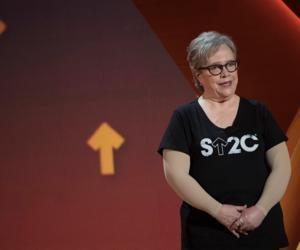 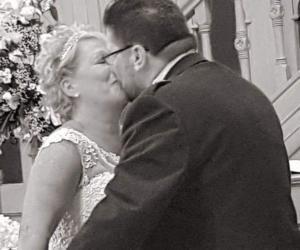 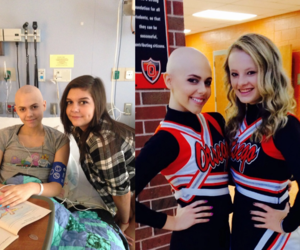 5 Things Every Woman Should Know About Ovarian Cancer

What Women with Endometriosis Need to Know About Ovarian Cancer