A cervical biopsy is a medical or surgical procedure where a small sample of cervix tissue is taken for microscopic exam and analysis. Cervix is the narrow end of the womb found at the end of the vagina.

A cervical biopsy is usually performed when a certain abnormality is found during a routine pap smear or pelvic examination. Abnormalities in the cervix may be caused by the human papilloma virus that may cause cervical cancer.

How long is the recovery from a cataract surgery?

Biopsies of the cervix are performed in different ways you should know. A biopsy can either remove the abnormal tissue completely or remove a sample of tissue for microscopic examination. Biopsy may also be used to treat cells that may later develop into cancer.

The types of cervical biopsies include:

Why should I need a cervical biopsy?

Biopsy of the cervix is important when some abnormalities are found on the cervix during pelvic examination. This procedure is even required after your doctor realizes abnormal cells during a pap test.  If human papilloma virus (HPV) is found in your cervix, your doctor may also call for a cervix biopsy. Some types of HPV have been found to cause cervical cancer plus other less common types of female reproductive system cancers. Cervical cancer is done in form of a colposcopy which is also referred as colposcopy-guided cervical biopsy. Colposcopy is a tool with lens that is used to view cervical tissues.

Other reasons why your doctor may go for cervical cancer include:

Your health care provider may also have other reasons to opt for a cervical biopsy.

You should make sure that you follow any other instructions given by your healthcare provider so as to get accurate results.

What to expect during the procedure?

Below are steps followed during a cervix biopsy:

The most common complications associated with cervix biopsy include excessive bleeding and infection. Cone biopsy of the cervix may also increase your risk of getting infertile or miscarriage. This may be due to the scarring changes on your cervix during the procedure.

Cervix biopsy is a procedure that is aimed to check any abnormalities with your cervix. Samples of your cervix are taken for microscopic examination to check for cancer or pre-cancer cells. Thorough preparation for cervix biopsy will give you more accurate results.

My brother's illness bothers me a lot. I am sleep deprived...

How does a nucleoplasty work and is it safe?

More from FindATopDoc on Cervical Biopsy 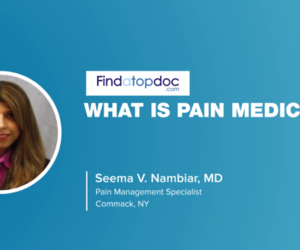 Can a head massage reduce a child's headache?