Results from a new study contradict earlier reports that exercise may not be beneficial for the knees. According to the new study, there is no doubt that exercise improves knee cartilage and the overall knee health. The researchers do agree that exercise is linked with increased chances of bony spurs called osteophytes, but they also stress that physical activity in general is good for the knees.

“Although a number of studies were conducted focusing on the impact of physical activity on the knee as a whole, none of them deal with the effect of exercise on individual parts of the knee”, says Flavia Cicuttini, PhD, Baker Heart Research Institute and Monash University in Melbourne. She adds that the effect of exercise on different parts of the knee is different, explaining the conflicting results reported by different studies. 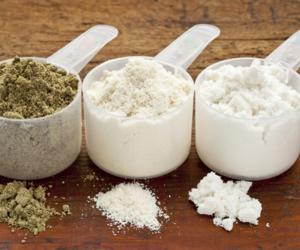 In this study, published in the journal Medicine & Science in Sports & Exercise, the researchers reviewed data from 28 different studies involving 9,737 people belonging to different parts of the world. All the studies included in the review were focused on the relationship between physical activity and osteoarthritis. Evidence for disease progression in the studies was obtained by magnetic resonance imaging of the osteoarthritic knees. Magnetic resonance imaging of the healthy knees were used while studying the incidence of the disease.

Although physical activity is linked to osteophytes, the review did not show any relationship between exercise and joint damage. In fact, beneficial effects of the physical activity on the structure and integrity of cartilage was reported. Donna Urquhart, PhD, from Monash University, claims that the results of the study are significant in that osteophytes in the absence of any form of cartilage damage may indicate a functional adaptation to mechanical stimuli.

Osteoarthritis is a degenerative joint disease that affects the cartilage and the underlying bone. This is often seen in the knees, hips and hands. It is the most important cause of disability and affects about 27 million Americans. The correlations between the disease and the different forms of exercise like jogging or tennis was not worked out. Some of the studies tried to analyze the health of knees and the type of exercise they do like soccer, long distance running, and weight lifting.

If all the 28 studies are collectively analyzed, there is conflicting evidence for the link between physical activity and osteoarthritis, say researchers.  If the physical activity is considered in the light of individual structures in the joint, one may conclude that:

According to the authors the study shows the need to examine the effect of physical activity on individual structures in the knee. Moreover, it says that physical activity may not be harmful, but rather is beneficial to joint health.

The Right Way to Use Your Treadmill 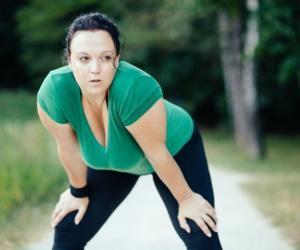 I am having a lot of body pain after hiking. What is...

I have a 12 hour desk job and my body feels very stiff by the end of the day. Please suggest some desk exercises.