Rectal bleeding shows up with the presence of blood in the stool, toilet bowl, or toilet paper. The color of blood can range from bright red to a tarry color. Bleeding may range from a mild drip to a severe hemorrhage, which can be life-threatening. Most of the time, the bleeding is intermittent and mild. Thus, there is no harm with mild, intermittent rectal bleeding, and tests can be performed as outpatient.

Why do I feel chills after taking my medication?

What should I do if I have rectal bleeding?

When you see blood in your stool, you must see a doctor. Although the bleeding is mild most of the time, it is still necessary to see your doctor. Since the bleeding is usually mild, some people think that the bleeding is brought about by hemorrhoids or piles. Thus, they don’t get it checked. Although hemorrhoids could be the most common cause of blood in the stool, it is important to not assume unless a proper examination by a doctor is done.

Ask for emergency help if your rectal bleeding is accompanied with any of the following:

See your doctor if your rectal bleeding lasts for more than one day. If your bleeding is heavy or the stools are black (this means that the blood comes from the higher region like the gut), see your doctor immediately.

In general, people who are below 40 years old whose rectal bleeding is caused by constipation do not need testing. However, plenty of physicians recommend tests like colonoscopy for people who are 40 years and older. This can help rule out the possibility of having cancer as the cause of bleeding.

To determine the cause of bleeding, the doctor will ask questions to have an idea on what’s causing your condition. Questions would be about:

After gathering all pertinent information, the doctor will examine you. Examination of your back passage will be performed. A gloved finger or a protoscope may be used to examine the rectum. A diagnosis may be made after the examination like in the case of hemorrhoids. However, more tests are needed to dig deeper on the cause of the bleeding. The reason is that the use of protoscope and finger cannot go up the gastrointestinal tract. Thus, if no cause is determined, the bleeding may come from the higher regions of the GI tract.

More from FindATopDoc on Rectal Bleeding

How is rectal bleeding treated? 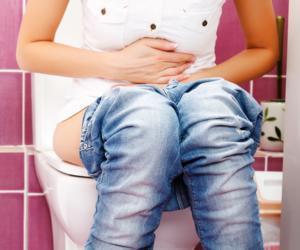