An aneurysm is the formation of a bulge when the walls of the arteries weaken. It is an artificial condition that can remain undetected for years. If it ruptures, it could lead to many complications and, at times, even death. The following are a few figures concerning the deaths caused by different types of aneurysms:

Have a question aboutAneurysms?Ask a doctor now

An aneurysm can be formed in any artery, including the major ones. The two most important arteries where an aneurysm can form are:

The exact reason why an aneurysm forms is not clear, but there are several factors that can cause aneurysms. For instance, a ruptured tissue in the arteries can be responsible for the formation of an aneurysm. The arteries can be weakened due to blockages caused by fat deposits, which force the heart to pump harder to allow blood to flow past these fatty deposits. This pressure can weaken the arteries, causing an aneurysm.

In many cases, aneurysms do not produce any signs or symptoms. Even if an aneurysm has not ruptured, a big aneurysm can block the circulation of other tissues. An aneurysm can also lead to the development of blood clots, which will gradually have an impact on smaller blood vessels. This can cause a condition known as ischemic stroke or other complications.

When the aneurysm squeezes specific nerves, it can cause chest or back pain and other symptoms like coughing, breathlessness, and problems swallowing food. Compression of the coronary artery also causes chest pain.

An aneurysm produces more signs and symptoms when the bulge ruptures. These include:

Complications of an Aneurysm

In cases where the aneurysm is silent, no active treatment is required. But if it ruptures, emergency surgery is the option for reducing complications.

Other treatment options include medication to treat causes like high blood pressure and high cholesterol. Also, some specific beta-blockers may be prescribed to lower blood pressure. When the blood pressure is lowered, the risk of an aneurysm rupturing is reduced.

An abdominal aortic aneurysm refers to an enlargement or swelling in the abdominal part of the aorta, the large blood vessel that carries blood from the heart to different parts of the body. The aorta is about the thickness of a garden hose, and it travels from the heart through the center of the abdomen and chest. An aneurysm can develop anywhere along the aorta. When it occurs in the upper part (in the chest), it is known as a thoracic aortic aneurysm.

However, on a common basis, aneurysms are known to form in the lower part of the aorta and thus are called abdominal aortic aneurysms, which can also be referred to as AAA. The aneurysm can range from small (about 1.6 inches) to large (more than 2.2 inches). The swelling may remain the same without any changes, but in some, it may grow rapidly and start leaking. Abdominal aneurysms may not show symptoms until they become large, and patients thus may not be aware of their existence.

Abdominal aortic aneurysms often grow very slowly without any visible symptoms. This makes it difficult to diagnose. There are cases where some abdominal aneurysms stay as they are, without rupturing. Aneurysms start slowly and grow gradually, but in a few cases, they can start small and remain small throughout. It becomes difficult to predict how fast an abdominal aortic aneurysm grows. But as the aneurysm grows, it results in symptoms such as:

Aneurysms that are in the range of 1.6 to 2.1 inches may also not need surgery. Watchful waiting is often recommended, as the risk of surgery is greater compared to that of the aneurysm. Large aneurysms that grow quickly need surgical repair of the wall. Large aneurysms are considered bigger than 2.2 inches in size and grow more than 0.5 centimeters within six months. Surgery replaces the weak portion of the aorta with a graft that prevents rupture.

An aortic aneurysm that is very large in size (2 inches or 5 centimeters in diameter) or an aneurysm that is growing rapidly (slightly less than ¼ inch in the past 6 months or 1 year) is best treated with surgery.

In both cases, whether the aneurysm has ruptured or not, surgery can be conducted in two ways:

The type of surgery depends on a number of factors like age, other complications, and the location of the aneurysm.

Over a period of time, endovascular surgery has become the preferred option due to the following reasons:

However, there are certain risks linked with endovascular surgery for repairing aortic aneurysm, which include:

Surgery for an aneurysm formed in the brain is reserved only as an option for cases with a high chance of rupture. Aneurysms in the brain that are less likely to be damaged or ruptured are not treated with surgery due to the risk of brain damage, which can be caused by the complications associated with the procedure.

If surgery is not an option, patients will be provided with all the necessary information on how to monitor their condition and take preventive measures to avoid rupture.

If a damaged brain aneurysm has caused subarachnoid hemorrhage, it has to be treated as an emergency. The patient will have to be admitted to the hospital immediately to undergo brain surgery. During the procedure, the surgeon will seal the artery that has been damaged due to the aneurysm to prevent another bleed.

An abnormal bulge in the wall of the artery that runs through the area behind your knee is called a popliteal artery aneurysm. The popliteal artery, which is also the peripheral artery, is the most commonly affected aneurysmal degeneration. The term “aneurysm” refers to a weak area of the artery that bulges or expands to reach over one and a half times its average normal diameter.

Formation of clots are quite common on the luminal lining of the wall of the artery in the aneurysmal area. This clot can later disperse into the smaller runoff arteries of the limb and completely block them. However, the risk here is that the flow of blood to the foot can be significantly impacted and reduced, thus threatening its viability. The treatment for a popliteal artery aneurysm is surgery. Your surgeon will create a bypass around the artery where the aneurysm is found and will use medication to reduce your risk of high blood pressure.

Once the presence of a popliteal artery aneurysm is confirmed, the doctor can decide whether to repair it at that time. Each case varies from person to person, so it is ultimately the decision of the doctor whether to get it repaired or keep a close follow-up and observation. There are multiple issues that have to be considered by the doctor, namely, the size of the aneurysm, the presence or absence of any blood clot within the aneurysm, the condition of the arteries both above and below the aneurysm, and, most importantly, the patient’s overall health.

Repairing with the surgical method is usually quite successful and durable. But this surgical process has to be performed with a minimal amount of risk. One of the best repair procedures involves an incision on the leg, after which the popliteal artery aneurysm is removed and then reconstruction of blood flow to the foot is done using either a vein or an artificial artery. Some doctors recommend going in for stent grafts to repair the popliteal artery aneurysm. This is generally considered for patients who are not good candidates for the standard type of surgical repair.

The general consensus is that if the aneurysm is causing symptoms and is greater than 2 centimeters in diameter, it should be treated. There are two method of repairing which depend mainly on the anatomic and morphological features of the aneurysm. Presently, the techniques are open repair and endovascular treatment.

Is there any way to detect an aneurysm?

Can surgery treat an aortic aneurysm?

What is an aneurysm?

More from FindATopDoc on Aneurysms

What is the recovery period after a vascular surgery? 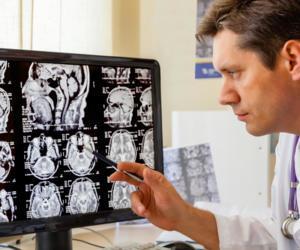 Can venous aneurysm cause headache?

What is an aneurysm?