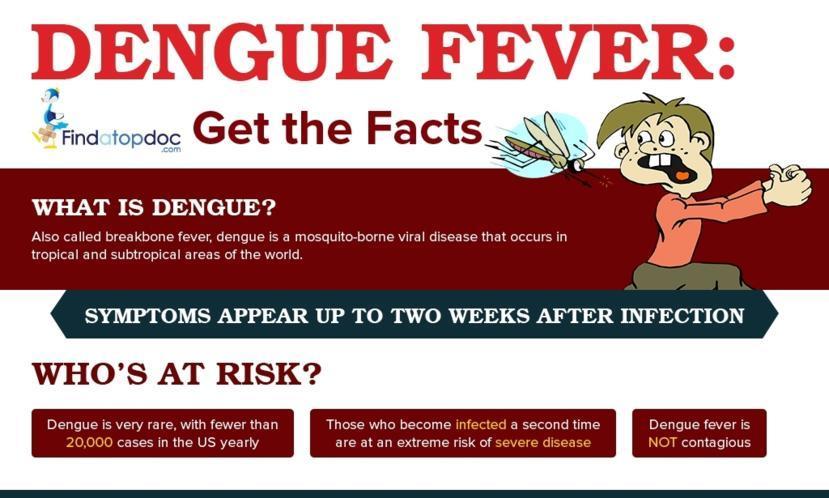 Infection occurs only if a particular species of mosquito bites the patient, and then bites you, transferring the virus.

In dengue, the female Aedes Aegypti mosquito carries the virus in its salivary gland and injects the virus directly into the bloodstream through a puncture in the skin. Presently, this is the only known method of transmitting the dengue infection.

The mechanism of dengue infection

The Aedes Aegypti mosquito thrives in warm, humid weather and during the summer. It originated in urban and semi-urban settlements in tropical zones. It later moved to other climates through the mass migration of infected travelers circumnavigating the globe.

The female Aedes species has a long sharp-edged protrusion on its head, which it uses to bite as it searches for a blood vessel close to the skin's surface. The mosquito then secretes saliva into the blood vessel to stop the blood from clotting. This is a very important step as it enables the mosquito to feed before clotting agents begin to work in the blood.

The blood sucked in by the female mosquito is used to nourish its eggs in their growth stage. In stark contrast to the female Aedes which is a bloodsucker, the male Aedes mosquito consumes nectar.

The virus, which mixes with saliva inside the salivary glands of the mosquito, gushes into the human blood vessel following each bite. This is how the virus begins its infection and incubation cycle.

The incubation period and its aftermath

It normally takes between five to seven days for the virus to incubate and multiply within the human body, as it infects the glands in the lymphatic system. Signs and symptoms that are typical of dengue start appearing from the fifth day of infection.

The Dengue Triad of symptoms such as fever, pain, and skin rash differentiates dengue fever from other viral infections like Chikungunya.

The disease may lapse on its own, following the peak of the initial fever. Matters could become more serious if the fever revisits the patient within 48 hours after the first peak.

Immunity and the risk of secondary infection in dengue

Normally, infection by one of the four different viruses guarantees lifelong immunity to that particular virus. The most crucial period to observe are the moments just after the infection has subsided, when the body risks infection from another virus of the same group.

A secondary infection is one of the leading causes of a more severe form of dengue, such as Dengue Hemorrhagic Fever, which often proves fatal.