White blood cells (WBCs) are an important part of the immune system, which is why they are called as "fighter cells". There are five different types of white blood cells (WBCs) in our body. They are neutrophils, eosinophils, basophils, monocytes, and lymphocytes. Each type of WBC has a specific role in fighting infections.

is there a way to prevent genetic blood disorders?

Neutrophils are the primary defenders of the body’s immune system. They effectively fight against harmful microorganisms or foreign invaders in the body, which can be fungal, viral, or bacterial in origin.

However, at times, there can be various instances wherein the leukocytes would be killed faster than they are being produced or when the bone marrow's function is impaired leading to leukopenia.

Some of the causes of leukopenia are:

People with cancer tend to have a low WBC count because of their cancer treatment. When chemotherapy drugs are given, the WBC count can significantly go down. Moreover, when there is bone marrow cancer, only a few neutrophils are produced, leading to leukopenia.

A deficiency in vitamins can also lead to leukopenia. Vitamin B12 (cobalamin) and folate provide the required nutrients along with oxygen to the bone marrow for adequate production of white blood cells (WBCs). If a person's diet cannot supply such vitamins, then it could cause a vitamin deficiency leading to a low WBC count.

Taking strong antibiotics tend to destroy white blood cells. Antibiotics and diuretic drugs can temporarily lower the white blood cell count in the body. Radiation or chemotherapy are capable of causing leukopenia because they are used to killing fast-growing cells.

Drugs such as antihistamines or anti-rejection medications are meant to decrease the immune response and can have similar effects causing leukopenia.

Viral infections can temporarily disrupt the bone marrow's function, thereby producing small amounts of white blood cells. A good example would be HIV, which can kill white blood cells causing a lot of damage to the body. But one should note that not all viruses have this effect on the body. However, viruses that can affect the bones or the immune system can potentially do so.

There are certain essential nutrients required by the bone marrow to properly function. Oxygen is needed to produce leukocytes. However, if there is a lack of oxygen and other nutrients in the body, then the production of white blood cells would be reduced. Moreover, in certain cases, white blood cells can prematurely die, thereby adding more trouble to the problem.

Certain congenital disorders with a diminished bone marrow function can cause leukopenia. A subtype of congenital neutropenia called Kostmann syndrome can cause severe neutropenia, which is the decreased neutrophil count in the blood leading to leukopenia.

An overactive spleen is called as hypersplenism. This medical condition can cause a low white blood cell count.

The spleen’s major function is to get rid of old blood cells in the body. When there is hypersplenism, the spleen tends to accelerate its function of cell removal, even though the cells are still functioning normally.

Sarcoidosis is a type of inflammatory disease, which can affect the bone marrow. Any type of condition with bone marrow involvement may lead to a decrease in the production of white blood cells.

Other conditions that can cause a low white blood cell count include:

At times, there can be a false alarm for leukopenia, which usually happens at the beginning of the infection like in the case of sepsis. This false positive is known as a "pseudoleukopenia".

What are the symptoms of leukopenia?

Leukopenia is a symptom in itself, which is often accompanied by a myriad of other signs depending on what the underlying medical condition is. However, certain symptoms can be experienced when there is a low white blood cell count.

The Helicobacter pylori (H. pylori) bacteria commonly affects the stomach. An H. pylori infection activates when there is a low WBC count. The infection would lead to stomach ulcers. This active bacterium can create sores along the intestinal lining.

Anemia is often caused by a low red blood cell count, which can occur alongside leukopenia. Such conditions are attributed to an impaired bone marrow function. A low RBC count can cause fatigue, dizziness, pale skin, leg cramps, breathlessness, poor concentration, and a lack of sleep leading to insomnia.

Women who have a low white blood cell count tend to experience heavier bleeding during their menstrual periods. At times, their menstrual cycle would be delayed. In some cases, women may also experience an abnormal uterine bleeding called as metrorrhagia, which is usually not associated with menstruation.

Our body surprisingly encounters a number of parasites on a daily basis. However, most of these parasites are taken care of by our immune system. When you have leukopenia, your body becomes more vulnerable to a number of infections.

People with low levels of white blood cells tend to experience recurring illnesses or infections. Without enough circulating white blood cells in the blood, we are more susceptible to developing different kinds of diseases.

Sepsis is a life-threatening condition causing widespread inflammation in the body that can trigger a significant drop in the blood pressure, and in worst situations, can result in multi-organ failure leading to death. However, sepsis can show either a low or high WBC count. This condition is considered as a medical emergency.

Other leukopenia symptoms include:

The doctor would first ask about your medical history to rule out any other medical conditions. Let the doctor know if you are undergoing any type of therapy or if you are taking medications. Your doctor would also request for a complete blood count (CBC). A CBC test is carried out to establish the exact count of white blood cells.

By dealing with the root cause of leukopenia, one can get his or her immune system back on track.

Maintaining a balanced diet is of utmost importance. Consuming foods that are rich in vitamins and minerals such as vitamin B12 or folate is beneficial. These foods can help increase blood cell counts. Such vitamins can be found in green leafy veggies, tofu, fish, beans, grains, and dairy products. In some cases, the doctor may also suggest for vitamin supplements on top of dietary changes.

It is said that antibiotics are one of the causes of leukopenia. However, it is also important to remember that the body is vulnerable to any type of disease until the normal leukocyte count is restored. The doctor would suggest some medications or antibiotics to provide an extra layer of defense against diseases until you recover.

There are some medications that can cause leukopenia. Some cannot be stopped like chemotherapy or radiation. But if one is consuming antihistamines, minor medications, or antibiotics, then it is best to consult the doctor and see if it is possible for any other alternative medications or make some changes in the dosage to improve your WBC count.

There are some medical practitioners who prescribe steroids to normalize the WBC count. Steroids are basically used to send some extra instructions to the bone marrow. This mechanism encourages or boosts the production of white blood cells.

Some doctors would advise patients to take adequate rest for the immune system to regroup and function properly.

How urgent is this?

More from FindATopDoc on Blood Disorders 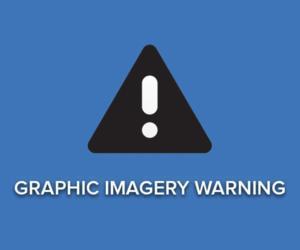 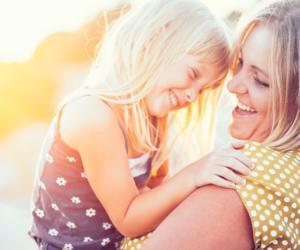 My son has thalassemia minor. How can we increase his hemoglobin levels?