A decrease in the number of white blood cells (WBCs) is referred to as leukopenia. There are several causes for leukopenia. It may be due to certain drugs, cancer, radiation and chemotherapy for cancer, stem cell transplant, surgery, steroids, or autoimmune disorders.

The immune system of the body is directly affected when there is leukopenia. The body will have trouble in getting rid of infections, viruses, or bacteria if the number of white blood cells is not enough. To effectively treat the condition, the underlying cause of leukopenia must be first identified and treated.

Are blood disorders with you long term?

Have a question aboutBlood?Ask a doctor now

When WBCs are low, disease-fighting cells circulating in the blood also decreases. Usually, leukopenia is discovered when the doctor orders a diagnostic test for a certain condition. Sometimes, it is just discovered by chance. Results with other tests along with a low WBC count may indicate a specific illness. For this reason, doctors may request additional tests to help assess and diagnose your condition.

Leukopenia itself is a symptom, which may indicate other underlying medical conditions. However, the common symptoms of leukopenia may include:

The normal range of WBCs for normal adults is 4,500-11,000/cubic millimeter of blood. In children, the range is slightly higher.

The way the body handles neutrophils can be interfered by certain congenital disorders such as Kostmann’s syndrome and myelokathexis.

Exposure to certain toxins, chemicals, radiation, chemotherapy, and certain drugs may damage or suppress the bone marrow. When there is damage to the bone marrow, blood cells are less produced, which then leads to anemia and leukopenia. For the bone marrow to properly function, certain essential nutrients are required.

The bone marrow is suppressed during chemotherapy and radiation, which is why people undergoing cancer treatments are more susceptible to infections. To prevent serious complications due to low WBC counts, treatments are sometimes modified.

Hypersplenism is a disorder that causes the spleen to prematurely destroy blood cells, which leads to anemia and leukopenia. The function of the spleen is to get rid of old blood cells in the body, but in the case of an overactive spleen, the process of cell removal accelerates even when the cells are still properly functioning.

Specific medications can damage the bone marrow or white blood cells. There are certain medications that can cause leukopenia. They include:

8. Autoimmune Disorders/Diseases of the Immune System

The body’s white blood cell count may also reduce due to HIV/AIDS. In an HIV infection, the white blood cells are attacked, which makes the immune system weaker. Thus, the body’s ability to fight even the simplest infection is lost.

Another cause of leukopenia is anorexia nervosa. In this type of eating disorder, there is an abnormally low body weight due to intentional starvation. According to the University of Virginia Health System, many anorexic patients have low white blood cell counts. Leukopenia occurs due to frequent vomiting and a limited diet. Hence, the bone marrow does not get sufficient nutrients that are required for the body to produce enough white blood cells.

Sarcoidosis is a systemic disease characterized by the formation of granulomas in multiple areas of the body. When these granulomas form in the bone marrow, it can significantly cause a low white blood cell count.

The following conditions may also cause leukopenia:

What Is a Universal Blood Donor?

More from FindATopDoc on Blood

For my 1 year old's blood work should I get a finger-stick...

Does Fanconi anemia carry a risk of leukemia? 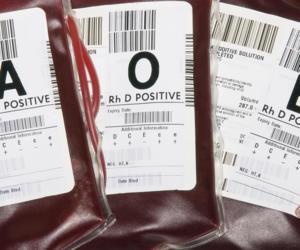 Does Fanconi anemia carry a risk of leukemia?