Feeling pain and swelling in the groin region can be a very unpleasant experience, especially when the pain gets worse when you cough or lift heavy objects. Experiencing these symptoms might signify the presence of groin hernia.

How long does it take to recover after hernia surgery?

Have a question aboutHernia?Ask a doctor now

Infants, even newborns, are not spared from hernia either. Anyone can get a hernia, although those who are overweight or do a lot of lifting and straining are more likely to get one. It has been estimated that in a population of 500, at least one person has a hernia. Early diagnosis and treatment easily counter the symptoms associated with a hernia and heads off the possibility of it becoming a serious condition.

The Origin and Progression of an Inguinal Hernia

An inguinal hernia is aggravated by anything that subjects the abdominal wall to extra pressure, such as strenuous exercise and lifting heavy objects. The added pressure and strain make the abdominal contents bulge through the defect or gap, increasing the size of the gap.

The bulge will be visible beneath the skin over the abdominal walls, and one experiences pain and discomfort that get worse when you stand, do any heavy lifting, or go through stress. Hernia in its later stages brings unbearable pain, and nausea caused by pain may also be experienced. Lying down helps in alleviating symptoms but is not the solution.

A hernia starts out as a small bump that grows if left untreated. A hernia that has gone on long enough may lead to a strangulated hernia, which occurs when part of the intestines pokes through the hole in the abdominal wall and gets clamped by the muscles around the hole. This results in the death of the intestinal tissue, since the supply of blood to the trapped organ is cut off. The dead tissue releases toxins into the bloodstream, possibly leading to death. Thus, a strangulated hernia is an urgent medical emergency requiring immediate surgery. Symptoms of a strangulated hernia include severe pain, fever, and vomiting or nausea.

Factors that may cause one to develop hernia

Why Is Hernia More Common Among Men?

As earlier mentioned, hernia is more common among men. There are main reasons why:

Inguinal hernia can be treated. However, only surgery can really correct the situation. The operation focuses on closing the abdominal defect or hole. Surgery will also prevent further complications from happening and minimize the possibility of a hernia's recurrence.

Another form of treatment that people try is massage. Massage pushes the protruding contents back to their original position. However, massage is merely a short-term measure, as the hole in the abdominal wall would still need closing.

Some doctors recommend the use of polypropylene mesh in operations treating hernias. The idea is to use polypropylene mesh to cover the hernia hole. Pioneered by Dr. Irving Lichtenstein, this type of treatment has, from the beginning, been characterized by minimum complications as reported by the earliest patients who underwent the treatment and were monitored for five years. The results were appreciated in the medical world, and the method is still used today to treat hernias.

Laparoscopic surgery is another way of treating inguinal hernia. Laparoscopy is procedure that is less invasive than open surgery. Being an outpatient procedure, laparoscopy takes only a few hours and you are discharged on the same day. However, only qualified and experienced surgeons can carry out the procedure so this option is not as easily available as earlier methods.

The above two procedures have their fair share of advantages and disadvantages. Laparoscopy is highly regarded, it being a less invasive procedure. Only small cuts or incisions will be made unlike in Dr Lichtenstein’s process, which requires larger incisions, and a small, 10 cm by 15 cm mesh is used. Pressure from the abdomen will then hold the mesh in place, minimizing the risk of hernia recurrence.

Before a decision as to the type of surgery to be done is reached, the advantages and disadvantages should be discussed in depth by the patient and the doctor. Other factors of the operation, such as the experience of the surgeon and the facilities and resources of the hospital should also be considered.

When diagnosed with hernia, you might or might not experience symptoms right away. This will depend on the type of hernia that you have. It should not, however, be much of a problem since modern surgeries like laparoscopy can be used to treat hernia and guarantee complete healing.

What are the principal categories of hernia?

- This is a type of hernia associated with the diaphragm.

- This is a kind of hernia that usually leads to the strangulation of the stomach.

- This is a hernia disorder that usually occurs in that region of the abdominal muscular walls that have thinned or been weakened.

- This is a type of hernia that affects the muscles in the lower part of the abdomen. This type will result in a bulge that occurs in the groin region and that sometimes extends to the upper thigh.

Can kapalabharati pranayam cause hernia in men?

Do you breathe on your own under general anesthesia?

What Affects the Recovery Period for Hernia Surgery?

More from FindATopDoc on Hernia

What type of hernia is most severe? 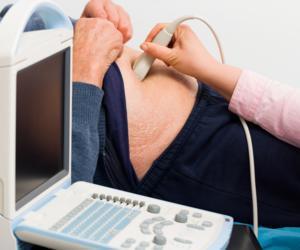 Types of Hernias and Does a Hernia Always Require Surgery?

How long do you stay in the hospital after hernia surgery?

Which anesthesia is used during abdominal hernia surgery?