Psoriasis is a chronic skin condition that results in the formation of thick, reddish patches on the skin, often with a scaly appearance. This is a condition resulting from changes in the normal life cycle of skin cells. Under normal conditions, new skin cells grow and replace the old ones on the surface in a few weeks time. However, in this skin condition, new cells grow very rapidly, within a few days, and accumulate on the surface resulting in the formation of thick patches. These scaly patches called plaques are itchy and irritable.

Severity of the condition varies from one individual to another. This condition is very common and is seen in different age groups. In most cases, the symptoms initiate during the early adult years.

Are there any home remedies for psoriasis?

Have a question aboutPsoriasis?Ask a doctor now

Some suggest that psoriasis is caused by an over-reactive immune system that results in accumulation and flaking of skin cells. In some cases, the skin condition seems to be running in families. But how the condition actually passes from parents to offspring is not yet clear. 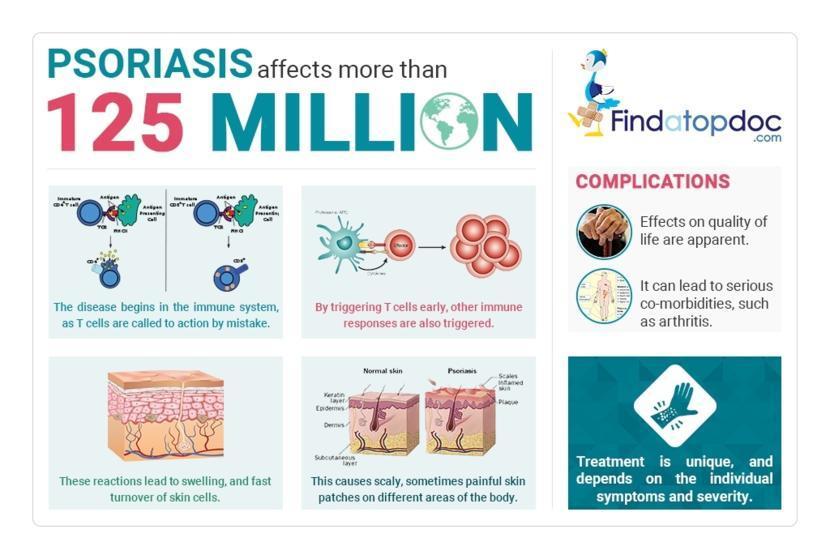 Some of the factors that may trigger the formation of psoriasis include:

The above said conditions may also worsen the symptoms if one already has it. Smoking is also known to increase the chances of developing psoriasis, especially in women. People with a weak immune system, like those with AIDS or those undergoing chemotherapy, may have severe form of this skin condition.

Symptoms of psoriasis differ with the severity of the condition. Those with mild forms of the disease may have small areas of reddish patches on the skin, which may go unnoticed. In moderate forms of this disease, the reddish patches may be raised with silver colored scaly skin on the top. As psoriasis becomes severe, the patches may become itchy. In some cases, the patches may join together and cover large surface of the skin. Some people may also have arthritis along with psoriasis, which is a condition known as psoriatic arthritis. Psoriatic arthritis is characterized by changes in the toe and finger nails, which may detach from the nail bed. The accumulation of the skin cells under the nails may also cause the nails to change its color.

More from FindATopDoc on Psoriasis

Is there a test that can confirm psoriasis? 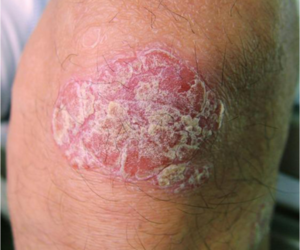 My psoriasis is starting to hurt. Is there something... 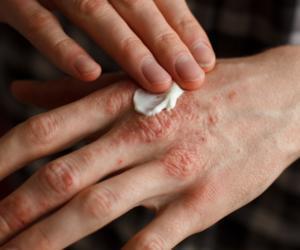