As one of the most powerful herbs, Echinacea has been widely used for a variety of reasons. From the plant's roots to its petals, it is said to hold all kinds of nutrients that are beneficial for the human body.

Echinacea has been traditionally used as a Native American remedy for more than 400 years. There are various species of this herb, which are used for making herbal medicines from their leaves, flowers, and roots. When mainstream antibiotics were yet to be a thing, echniacea was actually highly regarded in the field of medicine. 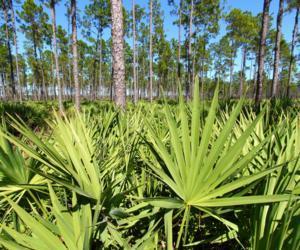 However, as more and more antibiotics were discovered, the medical world shifted its focus away from echinacea. So, nowadays, many aren't even aware of the amount of benefits that this herb holds for someone's overall health. The scientific name of echinacea is Echinacea pallida, which is also commonly called as pale purple coneflower. As a popular plant grown by gardeners, it is distinctive with its pink and purple petals that resemble daisies and a long, but strong stem.

Not many people are aware that the chemical content present in the root differs from the content present in the upper part of the plant. When the roots of this plant were analyzed, they contain high concentrations of volatile oils, whereas the rest of the plant that grows above the soil has more polysaccharide content, which is famously known to activate immune functions.

The echinacea extract is a tincture from the upper part of the plant. The presence of various echinacea chemicals acts as a stimulant of the immune system with some wonderful therapeutic values. Some of those nutrients are vitamin C, essential oils, polysaccharides, inulin, and flavonoids. Studies also suggest that the upper portion of the plant, which grows above the soil, has been found to be very effective.

However, echinacea can lead to allergic reactions in certain individuals. So, it is better to speak with a doctor before taking the herb.

There are countless benefits provided by echinacea. Here are just some:

According to research, the health of the immune system is strongly influenced by the dosage of echinacea. For over one kilogram of body weight, around 10 mg of echinacea can be taken on a daily basis for a period of 10 days.

Due to echinacea's anti-inflammatory properties, it is quite useful for providing relief from upper respiratory problems such as asthma, croup, the common cold, acute sinusitis, whooping cough, airway inflammation, tuberculosis, diphtheria, and strep throat. In one of the studies, it was found out that echinacea similarly behaved as a synthetic drug used for the treatment of asthma.

The echinacea herb was used in the past by the Great Plains Indians as a painkiller for any kind of pain. It has actually been considered as one of the most natural and effective pain relievers. The herb can also help provide relief from the following painful conditions:

To use echinacea as a painkiller, an herbal echinacea tea is usually prepared. You can also prepare a paste out of the dried plant, which can be directly applied to the affected area of the body.

Echinacea is also very good for the skin, and it is considered as one of the safest herbal remedies. Echinacea can be used for the treatment of psoriasis, any type of skin infection, eczema, bee stings, wounds, snakebites, and inflammatory skin problems. Echinacea can also be used for skin regeneration. It is also quite helpful when it comes to treating sunburn and other skin conditions.

Improvement can be quickly noticed when echinacea is directly applied on the affected area. Echinacea possesses antiviral and antibacterial properties, which can protect open sores and prevent them from turning into infections.

5. Works as a Laxative

Echinacea is also known for its healing properties in the gastrointestinal tract. According to studies, echinacea can be used as a natural and mild laxative, which would help provide relief from constipation. It also works as a calming agent. You can prepare an herbal echinacea tea, which effectively works on the digestive system.

If there are other chronic medical conditions, one cup of this herbal tea must be consumed on a daily basis to improve bowel movements. However, do not overconsume echinacea. The maximum dosage one can consume is two cups a day. Supplements should be taken as directed by the doctor or according to the medicine's label.

The recommended species for specific types of mental disorders, which are related to ADHD and ADD, is Echinacea angustifolia. Echinacea is considered as the best natural remedy for ADHD. Any individual with ADHD or ADD has a higher chance of experiencing varied emotional disturbances such as social phobias, anxiety attacks, and depression.

Inflammation is usually the root cause of most illnesses. Inflammation doesn't just happen all of a sudden because it has various causes, such as stress, an unhealthy lifestyle and diet, pesticide exposure, and a lack of proper sleep.

However, there are solutions to reduce the effects of inflammation. The regular use of echinacea can help reverse the signs of inflammation. Individuals who struggle with chronic inflammatory conditions may regularly consume echinacea in the form of herbal tea.

Echinacea effectively fights various infections. For women with vaginal infections, taking echinacea in the form of supplements or tea may be helpful. The herb helps lower infections by 16 percent compared to only taking prescription drugs alone.

Echinacea is also known to help with malaria, infections in the bloodstream, urinary tract infections, syphilis, genital herpes, vaginal yeast infections, and typhoid. Apart from stimulating the T cells, echinacea also helps in increasing the production of white blood cells, which are the main soldiers to fight off any infections due to bacteria or viruses.

The compound called echinacein in echinacea obstructs harmful viruses and bacteria from penetrating into the healthy cells.

Ear infections are one of the most common types of bacterial or viral infection. Those who frequently get colds or allergies tend to easily develop inner ear infections. In such cases, echinacea can help relieve ear infections by taking echinacea tea. The tea should be consumed two to three times a day for a period of ten days to help speed up the healing process.

Bad breath is considerably reduced when echinacea is taken in combination with other herbs, such as lavender and sage. This works out because of the ability of echinacea to neutralize the organisms that cause bad breath. Echinacea also helps promote healthy cells.

There are a number of compounds present in echinacea, which support immune cells and encourage them to grow healthy to effectively fight back against foreign invaders.

Echinacea has the ability to positively affect the immune system. Research about the benefits of Echinacea for brain cancer has been published by the National Institutes of Health (NIH). According to the research conducted, echinacea contains phytochemicals that are not yet discovered in other herbal plants. Moreover, such phytochemicals may be valuable when it comes to fighting tumors.

Echinacea is a powerhouse of antioxidants, such as vitamin C, flavonoids, zinc, beta-carotene, and selenium. In one of the studies, it was found out that echinacea tincture had more antioxidant activity than Ginkgo biloba.

The regular use of echinacea can lead to wounds healing at a faster rate, no matter the injury or illness. Aside from preventing bacterial infections, Echinacea angustifolia can also help enhance the healing process by reducing inflammation and pain. 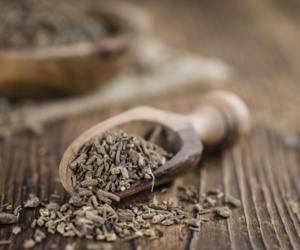 What Is Valerian Root?

What Is Rhubarb? Nutrition Facts and Health Benefits of Rhubarb