Schizophrenia, a complex and chronic mental illness, is often characterized by distorted cognition, abnormal social behaviors, and trouble distinguishing reality from unreality. Although individuals can develop schizophrenia at any age, it most commonly emerges in men and women during adulthood. But, researchers still aren't sure of how this mental illness develops in patients. In a recent study, it was found that sleep disorders, such as sleep apnea, may have a connection to schizophrenia, even when both seem unrelated.

Individuals coping with schizophrenia can display a wide range of symptoms. Some of the most common include social isolation, agitation, depression, anxiety, feelings of apathy, hallucinations, delusions, and disoriented or rapid speech. It is important to note that not all individuals exhibit all symptoms and many symptoms can be subdued with proper medication.

Schizophrenia typically falls under three phases: prodromal, active, and residual. The prodromal phase refers to the period of time in which the onset of schizophrenia is discovered and often does not involve psychotic symptoms. Early warning signs during the prodromal phase include social withdrawal, difficulty expressing emotion, incoherent speech patterns, poor personal hygiene, and paranoia.

However, it is important to remember that schizophrenia is a complex diagnosis and many of these symptoms can also be visible in bipolar disorder and other mental illnesses. Having some or all of these symptoms to a small degree does not necessarily mean an individual is developing schizophrenia or any mental illness at all. When early symptoms begin to appear, it is crucial to visit your doctor as soon as possible in order to obtain a proper diagnosis.

When patients enter the residual phase of schizophrenia, symptoms become less dominant and severe. This transitional phase exhibits some less prominent signs of the illness, but the extremely noticeable symptoms, such as hallucinations and disordered speech, are no longer in the forefront. However, psychotic episodes or active schizophrenia can be triggered again and phases can change at any time depending on the patient.

Thankfully, schizophrenia can be treated and symptoms can be greatly reduced through proper intervention. Typically, a combination of psychotherapy and medication allows patients with schizophrenia to live full and successful lives. Antipsychotic and anti-tremor medications are commonly administered in order to decrease the frequency of hallucinations, delusions, and other disruptive symptoms.

Because an excess of dopamine in the brain is believed to be the culprit behind the development of schizophrenia, antipsychotic medications serve to block the receptors in the brain that transmit the chemical dopamine. Anti-tremor medication also works to reduce agitated or abnormal movement, restless legs, muscle stiffness, or persistently shaky hands. With a healthy balance of meaningful psychotherapy and proper medication, individuals who live with schizophrenia do not have to suffer for the rest of their lives.

According to various studies conducted by the National Center for Biotechnology Information, roughly 40% of individuals with a psychiatric illness also suffer from sleeping disorders. Insomnia, the most common accompanying disorder, causes habitual sleeplessness and an overall difficulty falling or staying asleep. Unfortunately, medications that treat mental illnesses, such as schizophrenia, often worsen sleep problems such as insomnia; it is crucial to work closely with doctors to identify the right treatment that allows for a good night’s sleep and reduces restlessness and fatigue.

Sleep apnea, although known to be a respiratory disorder, can also signify the possible onset of schizophrenia or become a symptom for an individual who is already diagnosed. An individual living with sleep apnea often experiences a constant stopping and starting of breath during sleep. Disruptive snoring, abrupt awakenings, fatigue, and irritability are also common symptoms of sleep apnea.

Many researchers believe the correlation may lie in the amount of weight gained from taking antipsychotic medications, resulting in a higher likelihood of airways becoming obstructed during sleep. Obstructive sleep apnea in particular has been found to be the most prevalent form of sleep apnea among patients who have schizophrenia.  Obstructive sleep apnea involves the muscles in the throat relaxing, causing cessations of breath. While neither insomnia nor sleep apnea cause psychotic disorders, they tend to commonly appear together due to a variety of factors.

Lifestyle choices, medications, and other health problems can contribute to the severity of both sleep and psychotic disorders. When both occur simultaneously, the quality and even length of life can become threatened.

While schizophrenia is already a straining and difficult illness to handle on its own, the addition of a serious sleep disorder understandably causes an immense excess of stress and worsened symptoms. Although pharmacological issues may prove to be an obstacle, solutions are available for individuals who suffer from a combination of sleep disorders and psychotic disorders. For instance, a lack of proper sleep environment or low activity throughout the day may contribute to restlessness at night.

Similarly, a change in medications may increase the potential to fall asleep and stay asleep. Based on the individual’s unique needs, a successful treatment plan can be administered through the help of a professional. Cognitive-behavioral therapy also aims to target sleeping problems and dysfunctional behavior and falls under the umbrella of psychotherapy.

While sleep problems are not typically the central focus of the treatment of schizophrenia, it is important for doctors and caretakers to start proactively addressing sleep disorders in order to diminish the already overwhelming symptoms of schizophrenia. As a patient, it is always recommended to express your problems and concerns to a doctor and strive to receive proper treatment. While schizophrenia can present many obstacles, disordered sleep does not have to be one of them.

Do I have sleep apnea? 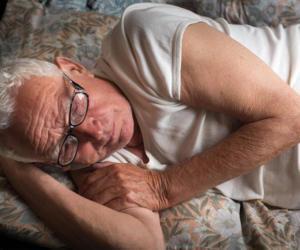 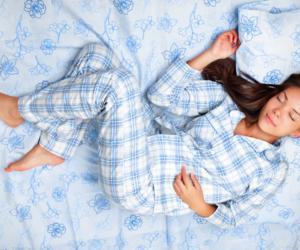 Can sleep problems be corrected through therapy?

What kind of surgery is done for sleep apnea?