Operation Family Home has helped this army vet with Parkinson's get back on his feet.

Army Staff Sgt. Joe Davis is a survivor. He survived tours in Iraq and Afghanistan, and now, Davis is a survivor who has Parkinson’s disease. For  11 years, Sgt. Davis served his county, planned to retire after 20 years and become a police officer. His dreams changed, however, when he was forced into early retirement with a diagnosis of Parkinson’s disease. Sgt. Davis’ doctors told him that his Parkinson’s is linked to Post Traumatic Stress Disorder (PTSD).

Not only did Sgt. Davis’ dreams change, but his income took a direct hit and it left his family without a home. However, Operation Finally Home and Belman Homes recently teamed up to make a dream of a new home a reality for the family of four.

On Saturday, June 2, Sgt. Davis and his family pulled up into his new driveway at his new home. Davis was stunned, and his family thrilled. Tears were shed, and an Army vet and his family now have a comfortable new home

David Belman of Belman homes donated the lot, in addition to Operation Finally Home’s influence and work, months of construction, money, time and materials the house was finished. It took up to a year for the Davis’ home to be completed, but the final product is fantastic.

Operation Finally Home was founded in 2005 and is a nonpartisan/nonprofit organization. To date, the organization has finished at least 250 home projects in 33 states. These homes are custom-built and intended for America’s military heroes, their widows, and the children of fallen warriors.

Operation Finally Home gives mortgage-free homes to veterans and their families who have become ill, wounded, or injured because of their service to the country. Support is mainly for those who were wounded and are recently returned from current campaigns, but the organization also supports all service members regardless of what campaign they served.

The builders affiliated with Operation Finally Home are committed to building a house from start to finish.

Operation Finally Home has donors who want to change the life of America’s wounded, ill or injured heroes. Their motto: “I may not be able to fill their shoes, but I will always support our troops.”

Sponsors include builders like the PulteGroup and Sellers Bros., Belman Homes, and Dan Wallrath Custom Homes. Major stores like the Home Depot, Reba McEntire Fund, and Unilever,  plus commissions like the Texas Veterans Commission are also sponsors.

The homes are custom made and handicapped accessible. All homes are donated, and there is no cost to the family. In Davis’ words, "Love went into building this home, and the love will continue to be in this home when we raise our kids in it. That's what makes a house a home -- the love you put into a home.”

Parkinson’s disease is a neurodegenerative disorder. It leads to deterioration of motor function due to loss of dopamine-producing brain cells. Why Parkinson’s causes the brain to lose dopamine is not known, but doctors speculate that genetic and environmental factors are involved.

Parkinson’s causes tremors or shaking that begins in your hands or fingers. Bradykinesia or slowed movement is a symptom and increases over time. Rigid muscles or muscle stiffness may also occur in any part of your body. Stiff muscles are painful. Your posture may become stooped, and you may have balance problems.

Parkinson’s causes a decreased ability to perform unconscious movements like blinking or smiling. You may speak softly or slur your words. It will become hard to write, and your writing will change and become small and unreadable. Parkinson’s disease also may cause depression, anxiety, and dementia.

The disease is the second most common neurodegenerative disorder and the most common movement disorder. Parkinson’s is progressive and involves loss of muscular control. As symptoms get worse it becomes difficult to walk, talk and do even simple tasks.

Post-Traumatic Stress Disorder is a mental health condition triggered by terrifying events you have experienced or witnessed. Symptoms include flashbacks, severe anxiety, nightmares, and uncontrolled thoughts about the event.

There are similarities between PTSD and Parkinson’s and these include cognition and mood symptoms. Trouble remembering negative thoughts, a distorted feeling of guilt or blame, and loss of interest in once enjoyable activities. Memory and mood symptoms often continue to get worse until the patient feels as if they can’t go on coping.

Whether you develop PTSD depends on several risk factors. Risk factors for PTSD include getting hurt, childhood trauma, horror, helplessness, extreme fear, little or no social support after the trauma, a history of mental illness or substance abuse.

PTSD and Parkinson’s are not usually related, but they can co-occur. Parkinson’s disease worsens with anxiety tendencies, and it can occur with generalized anxiety disorder. Doctors state that the depression, anxiety, stress and sleep deprivation of PTSD exacerbate the symptoms of Parkinson’s disease.

According to medical professionals, there is a correlation between PTSD and neurodegenerative disorders like Alzheimer’s disease. Doctors suggest there is an elevated risk of developing Parkinson’s disease if you have PTSD.

Both conditions can cause dementia, depression, loss of movement, and suicidal thoughts.

Can autism raise the risk of PTSD? 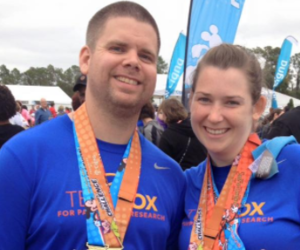 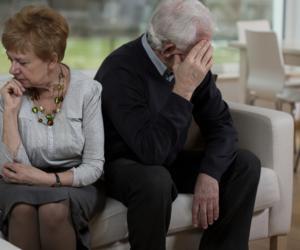 Tips for Speaking to Someone Diagnosed with Parkinson's...

Father with Parkinson's Finds his Love for Painting Again