Borderline personality disorder (BPD) is defined as a mental disorder that generally affects the way individuals think and feel about themselves and other people. People with this personality disorder often have unstable personal relationships due to their extreme emotions, impulsiveness, and twisted self-image.

People with BPD also have an extreme fear of abandonment and instability in spite of their frequent mood swings, outbursts, and impulsiveness. 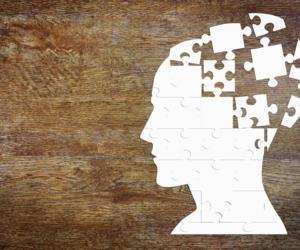 Chapter 11 My Professional Life Reflections on Some...

Females are mostly diagnosed with borderline personality disorder, especially when they exhibit the above-mentioned symptoms, and when accompanied by suicidal thoughts or self-injurious behavior (SIB).

However, adolescent and adult males can also experience the symptoms of BPD. Unfortunately, their symptoms are often misdiagnosed as attention-deficit/hyperactivity disorder (ADHD) or oppositional defiant disorder (ODD). To better identify the disorder, the pattern of symptoms and emotional intensity of the person must be closely looked at.

For a number of years, the attention was given more to women and their relationships without even considering about men. Most problems that women face are similar to what men experience, too. Men can also feel insecurely unstable when it comes to emotional conditions and intimate relationships. The following are some of the red flags to look out for:

1) Romantic relationships that come and go

Men with BPD tend to have multiple romantic relationships because they fear of being abandoned. Due to their bad temper and aggressiveness, they scare away their partners.  For this reason, most of their relationships come and go.

Usually, women are considered to be more dramatic than men. However, men with BPD also have dramatic tendencies in life. One day they can be very understanding and supportive but may become completely different the next day. They can have fluctuating moods and desires when they have these dramatic episodes.

Some men may abruptly end their romantic relationships but may come back begging for forgiveness. Such dramatic cycle goes on and on for most men with BPD.

Men are not always expressive of their emotions like women. However, men with BPD tend to portray multiple personalities. A person with BPD may be quick-tempered and tend to display violent reactions to other people. That same person may also exhibit consistent stable behavioral patterns for a long time but may quickly change into another different persona.

People with BPD usually have difficulties when it comes to relationships. They also struggle with comment interpretations and body language.

A man with BPD might get jealous if he sees his wife talking to another man. He might become grumpy, argumentative, and emotionally distant to his wife. However, he may also act normal later and appears to be rational and very understanding to his wife. Men with a borderline personality disorder can be quite emotionally unpredictable.

Having suicidal thoughts is another symptom of borderline personality disorder.

Men with BPD tend to manipulate their loved ones by threats and suicide attempts to prove their worth. However, some people with BPD seriously attempt to commit suicide because of the difficulties they face while under the disorder. They find temporary relief about thinking about ending their lives.

One of the most common reasons behind such suicidal behavior is the fear of abandonment.

Most teenagers with a borderline personality disorder yearn for attention, and do not care whether they attract positive or negative ones. They may display aggression or speak offensive words with an unruly attitude to draw attention.

Some men with BPD draw other people by harming or cutting themselves. Others become promiscuous, having multiple children from different mothers, engage in risky sexual acts, demonstrate physical abuse to his family, or making empty threats to make people afraid or confused.

One of the symptoms of BPD is dependency or codependency.

Most people with BPD fear abandonment, which is why it is quite a struggle for them to maintain a lasting and satisfying relationship. Dependency and codependency can happen when an individual starts to emotionally and psychologically rely on someone who has BPD. Such relationship is dependent on the individual, who may be more mentally unstable.

Most individuals who are suffering from BPD are intensely emotional. Most of them get emotionally charged in no time. They can get angry and start manipulating certain situations by making unnecessary arguments and confrontations. They even display aggressive behavior.

Other mental health disorders may come along with borderline personality disorder. They include:

Psychotherapy is usually the preferred treatment for borderline personality disorder. However, medications may also be prescribed. If the doctor thinks that your safety is at risk, hospitalization may be recommended. Undergoing treatment for BPD can help people cope with their condition and live a better and more stable life.

The following are objectives of psychotherapy:

The following are effective psychotherapies used in BPD:

Certain medications may help manage the symptoms of borderline personality disorder, which include anxiety, aggression, depression, and impulsiveness. Prescribed medications may include anxiolytics, antidepressants, antipsychotics, and mood stabilizers.

Consult a doctor for further information about the medications.

When patients frequently have suicidal thoughts, their safety is at risk. In such cases, hospitalization may be required to keep them safe from self-injury and dangerous suicidal tendencies.

It takes time for an individual with borderline personality disorder to learn how to manage their condition. Their thoughts, emotions, and behavior are quite difficult to shake off. Recovery may take months to years with treatment. 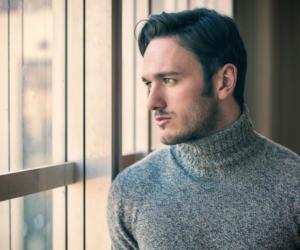 My mother was diagnosed with triple personality disorder. How did she get it?