Having a sore throat is a common condition and anyone can be affected by it. One cause of a sore throat is tonsillitis (inflammation of the tonsils). However, apart from tonsils, there are also adenoids, which are found at the back of the pharynx. Adenoids can also be affected and can cause a series of other infections and breathing difficulties.

Adenoids are lymphoid tissues that fight off nasal and oral infections. They also play a role in fighting diseases by producing white blood cells (WBCs). It is hard to spot one's adenoids. Doctors have special instruments to examine your adenoids. Sometimes, they use X-rays.

My daughter breathes through her mouth due to her adenoids...

Adenoids are rare in adults since they usually shrink when children reach their adolescent years and tend to completely disappear by adulthood.

If your adenoids are inflamed or infected by bacteria or viruses, the condition is known as adenoiditis. Adenoiditis is most commonly experienced by children and rarely seen in adults.

What are the symptoms of adenoiditis?

Depending on the cause, there are various adenoiditis symptoms:

When you have a stuffy nose, you will have breathing difficulties. The following are symptoms that accompany a stuffy nose:

You may notice if your child’s adenoid is enlarged. To most children, an adenoid enlargement will not cause any alarm or treatment. To some, however, adenoiditis can cause recurring infections and discomfort that interfere with their daily routines.

The following are instances where the doctor may suggest an adenoidectomy if your child has:

Adenoids Disappear As We Grow Older

Adenoids are very common between the age of 3 and 5. The adenoids at these stages function as immune boosters. It is likely that when children approach puberty, their tonsils and adenoids also gradually shrink in size. For this reason, it is very rare to hear an adult adenoidectomy. However, some adults also undergo the procedure, especially those who have their adenoids their entire lifetime.

What happens during an adenoidectomy?

An adenoidectomy is performed under general anesthesia. The procedure is usually done as an outpatient case. There are doctors who specialize in adenoidectomy. Very few incisions are required during an adenoidectomy.

Basically, it takes around 45 to 60 minutes to perform an adenoidectomy, but your child may be required to sit around for at least three hours. Depending on the situation of your child, the doctor will advise you on what to do after the procedure.

Recovery After an Adenoidectomy

Your child may experience nausea as a side effect of the anesthesia used during surgery. Up to seven days after the surgery, you may expect the following:

For an easier recovery from an adenoidectomy, the following are some ideas that may help your child:

If your child is persistently bleeding from the nose or mouth after surgery, you should take him or her to the doctor immediately. You may expect stains of blood in your child's saliva, but an excessive bleeding may mean that the scabs have fallen off and should be attended to immediately.

If your child makes a whizzing sound after surgery, you should also immediately consult the doctor since the unusual sound may mean that there is an abnormal swelling. Make sure that you contact your doctor if you observe anything abnormal after your child's surgery.

You should ask as many questions as possible before you have your child operated. In case you are not content with your doctor’s explanation, you can seek advice from another doctor.

What to Expect After an Adenoidectomy

Is it risky for children to go under anesthesia?

More from FindATopDoc on Adenoidectomy (Tonsillectomy)

Side effects of a toddler receiving anesthesia?

What kind of anesthesia is used for adenoidectomy? 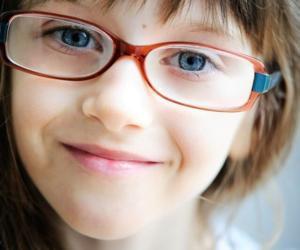 Everything You Need to Know About an Adenoidectomy

Is surgery an option for childhood sleep apnea?

How long will it take to recover after tonsillectomy?