Tay-Sachs disease is a genetic disorder that affects the brain's nerve cells. Individuals who have this disorder lacks a type of protein that is needed to break down fatty substances in the brain. Without this protein, fatty substances accumulate in the brain to toxic levels, which affect the normal functioning of the nerve cells. Children with Tay-Sachs eventually lose muscle control as the disease progresses. It also leads to paralysis, blindness, and death.

This disorder is usually diagnosed early in the baby's life, which is around 3 to 6 months, but may also show later before the child reaches 10. A rarer type of Tay-Sachs may also occur in adults called as "adult onset". However, the condition may be quite difficult to diagnose.

How can I treat my 2 year olds bronchitis at home?

Carriers usually do not have symptoms of the disorder. However, when two carriers have children, each of their children is at risk of having a 25 percent chance of developing the disease. A child will become a carrier if only one of his or her parents passes a defective gene. The child will then have the potential to pass the disorder to his or her offspring.

Tay-Sachs symptoms usually show 3 to 6 months after birth. A child with the disorder tends to have muscle weakness, myoclonic twitches (sudden muscle contractions), increased startle response, and hypotonia (low muscle tone). When the child reaches 6 to 10 months, he or she may be unable to sit.

During an eye exam, there would be a decrease in the child’s eye movement and attentiveness. A characteristic cherry-red spot in the eye is also seen during the exam. Lesser response and lesser movements are expected when the child reaches 8 to 10 months. Upon reaching their first birthday, they will experience loss of vision and bouts of seizures. The size of their head usually becomes larger as they reach 24 months. They would also have difficulty swallowing and eventually become unresponsive leading to a vegetative state. Death occurs when they reach 2 to 4 years old, and is often caused by pneumonia.

Other forms of Tay-Sachs disease are:

In some studies, people of Irish descent have a one in 50 chance of becoming a carrier of the defective Tay-Sachs gene.

Prenatal tests include amniotic fluid analysis, chorionic villus sampling (CVS), and genetic embryo profiling before implantation. These tests can be quite complicated, so genetic testing and counseling are highly recommended when planning for pregnancy.

Currently, there is no cure for Tay-Sachs disease. However, the symptoms can be managed through supportive treatments, which include:

There are still other treatment options being developed by scientists for this medical condition. The use of gene therapy and enzyme replacement therapy are said to eventually help in treating the progression of the disease.

People can undergo a blood test to see if they are carriers of the defective HEXA gene. If a couple is planning for a pregnancy, but discovers that they are both carriers, a genetic counselor can guide them through different options to effectively reduce the risk of having children with Tay-Sachs disease.

Why do I still have bad breath after brushing my teeth?

My relative has had a heart attack and lung infection?

Can kidney damage from the COVID be fixed?

What is the treatment for acne in teenagers?

What is Tay - Sachs disease: Treatment, Risks and Complications? 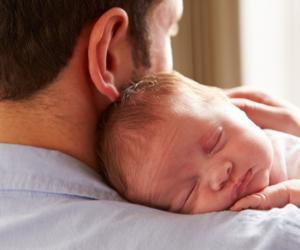 What is Tay - Sachs disease: Treatment, Risks and Complications?