Hemorrhoid treatment should begin as soon as its development is discovered. The longer you wait, the more difficult it is to treatment the hemorrhoids. In worst case scenarios, a person may have to undergo surgery as treatment. It is therefore best to treat the condition as soon as one notices it. It sometimes goes by the name piles. It usually refers to swollen and inflamed veins in the rectum that causes pain and bleeding. It is very common, with more than 3 million cases in the United States each year. Hemorrhoids are usually causing by straining during bowel movement, obesity, or pregnancy. Discomfort is a common symptom, especially during bowel movement or when sitting. Other symptoms are itching and bleeding of the affected area.

There are many treatment options for hemorrhoids, all depending on the stage of the condition. Hemorrhoids are also treatable through alternative, homeopathic treatment methods. However, always consult your doctor before attempting any sort of home treatment. Mistreating the infection can result in severe complications. 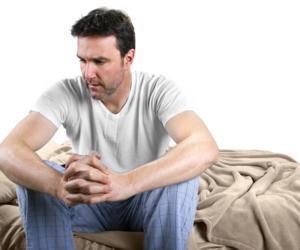 These alternative treatments include:

Ruscusaculeatus: The Ruscusaculeatus is another famous plant used to treat hemorrhoids. The plant is also known as butcher’s broom, knee holly or box holly. It has not conclusively been established as a treatment for hemorrhoids. Nevertheless, many people have experienced positive results with this treatment. Butcher’s broom is normally taken as a capsule or as a beverage. The butcher’s broom beverage is made using a cup of hot water and a teaspoon of the herb.

Apple Cider Vinegar: This is among the best natural treatments for hemorrhoids. All you need to do is soak a piece of cloth, cotton or tissue paper with the apple cider vinegar solution and apply it to the affected area. You should experience improvements immediately. If not, repeat the process until you do. Another method of using apple cider vinegar is to add it to some warm water in a bath tub and sit in the solution.

Coconut Oil: This should be applied to the hemorrhoids directly. With coconut oil, results may not be immediate, but after a few days, the hemorrhoids should completely disappear.

Aloe Vera: Just like with coconut oil, you should apply aloe vera directly to your anus. This will relieve the symptoms of hemorrhoids.

Rutin: Rutin is an element found in many fruits. However, for this purpose, the best way to use rutin would be to buy the compound as a supplement. Rutin is not applied to the affected area like most of the natural treatments. Instead, it is meant to be taken orally.

Fiber: Fiber is the single most important ingredient in the diet of a person with hemorrhoids. Ingesting lots of fiber is also a good preventive measure against hemorrhoids. This is because fiber helps with digestion, and in this way, prevents constipation. Constipation causes the veins in the anus and rectum to experience stress, resulting in a disturbed blood flow. Consuming lots of fiber can therefore help prevent further development of the hemorrhoids. Fiber also works as a treatment for hemorrhoids. After adjusting your diet to include lots of fiber, you should experience an improvement in your condition within 2 weeks.

These herbal treatments have worked for many people. However, it is important to consult your doctor before starting self-treatment. Otherwise, your condition may develop to unmanageable levels and leave you in terrible pain and discomfort.

Olive Oil: The anti-inflammatory properties of olive oil make it one of the best options for treating hemorrhoids. It soothes inflamed areas and minimizes discomfort. Additionally, it increases the elasticity of the blood vessels, thereby reducing the pain of passing hard stools. It improves the bowel movement due to the presence of monosaturated fatty acids in olive oil. Small amounts of olive oil may be consumed on a regular basis along with food to reap this benefit.

Tea Tree Oil: Tea tree oil is an essential oil that has the power to treat various health issues, including hemorrhoids. As it is very concentrated, it must always be diluted by mixing it with some other carrier oil before using it. This oil reduces inflammation and cures hemorrhoids naturally. The carrier oils you mix it with may be castor oil, coconut oil or sweet almond oil. Two or three drops of tea tree oil must be mixed with a sufficient amount of carrier oil and applied to the inflamed area using cotton swabs. A few other essential oils like lavender and rosemary also have such medicinal properties and can be used to treat hemorrhoids.

Cold Compress: Application of a cold compress over the inflamed area provides instant relief from the pain and itching that comes with hemorrhoids. The hemorrhoids will shrink and become smaller in size. After the swelling reduces, it becomes easier to pass stool. Take a clean cloth, wrap some ice in it and apply it directly over the hemorrhoids. This kind of application has to be done several times a day to see substantial results. It will help in constricting the blood vessels and reduce hemorrhoids effectively.

Psyllium Husk: The one thing that makes hemorrhoids even worse and painful is hard stool. It causes more bleeding and pain. Psyllium husk is rich in fiber, and that makes stools softer and easier to pass. Regular consumption helps reduce the stress in the swollen veins, thus providing it time to heal.

Hydration: This is the first and foremost concern that needs to be addressed. Dehydration worsens hemorrhoids. Dryness will aggravate the hemorrhoids and may cause excessive bleeding. Staying hydrated is crucial for any ailment, and hemorrhoids is no exception. It is advisable to drink plenty of water, as water helps clean the system and hydrate all the organs and the skin. It also softens one's stool and reduces the need to strain during bowel movement. In order to hydrate the particular area, you may place a vitamin E capsule at the opening of the anus to soothe the area and provide some moisture. Also, do not do anything that may strip the area of its moisture or cause friction. Don’t use dry tissues to wipe the area as they may cause friction and unnecessary scratches. Instead, you can use non-medicated, non-perfurmed baby to wipe off without drying out your skin. Soaking the area in lukewarm water for sometime will also reduce inflammation and make the area soft and supple.

Can hemorrhoids cause loose stools?

Can hemorrhoids impact my kidney functioning too?

Surgery for my bleeding hemorrhoids?

Should someone with hemorrhoids change their diet?

What are the treatment options for hemorrhoids?