Glaucoma is a medical condition that affects the eyes. It is characterized by high pressure in the eyes, leading to damages on the optic nerve, which can eventually impair your vision.

What surgery can treat glaucoma?

Have a question aboutGlaucoma?Ask a doctor now

Glaucoma is one of the leading causes of blindness worldwide. It can affect both men and women at any age. However, glaucoma is more common in older adults.

There are two types of glaucoma:

Open-angle glaucoma is the most common type of the disease. It is caused by a partial blockage of the trabecular meshwork, while the draining angle remains open. The pressure in the eyes increases gradually, damaging the optic nerve. It has a very slow progression.

Acute angle glaucoma can occur suddenly and gradually. When it occurs suddenly it presents a medical emergency. The pressure in the eyes increases due to a narrowing of the angle formed by the cornea and iris.

Risk factors for glaucoma include:

As mentioned before the increases pressure in the eye will damage the optic nerve. As the optic nerve is gradually damaged, vision problems and blind spots in the peripheral or central vision will appear. The reason why the pressure is increased in the eyes is not known. However, it is well known that increased pressure in the eyes results from the accumulation of the fluid that normally flows through the eyes. This fluid in normal conditions drains into the anterior chamber of the eyes through a trabecular meshwork at the angle where iris and cornea meet. In cases when more fluid is produced than necessary, or in cases when the drainage system does not work properly, the fluid will start to accumulate and the pressure will increase.

Glaucoma is a medical condition that tends to run in the families, so the genetic factor is believed to play also a key role.

Signs and symptoms of Glaucoma

Signs and symptoms of open angle glaucoma include patchy blind spots on both of the eyes in peripheral or central vision, while in advance stages of the disease, tunnel vision is characteristic.

If left untreated, glaucoma will gradually progress and eventually it will result in vision loss. Regardless of the treatment, 15% of the patients suffering from glaucoma will end losing their vision in at least one eye within 20 years.

Should I take blood pressure medicine with glaucoma?

Get Off Of Your Glaucoma Drops!

What is the best surgery for glaucoma?

More from FindATopDoc on Glaucoma

Can glaucoma cause blindness? 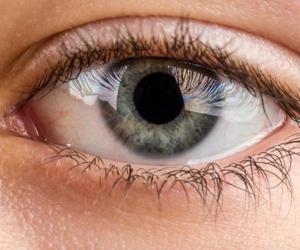 Glaucoma: What the average person should know and why

How do I know if I have glaucoma?

What surgery can treat glaucoma?

Can glaucoma cause blindness?

How is glaucoma usually treated?