Alternative therapies that signal the end of jock itch

Western medicine has progressed remarkably in shaping healthcare and wellness therapies. There are scores of medicines that are useful in the treatment of a fungal infections like jock itch. The problem lies in the side effects of antifungal medicines, especially drugs like corticosteroids.

Medicines that are supposed to ease inflammation end up creating new problems. As of late, there has been a subtle shift to new age medicine of the holistic kind. If the treatment acts in isolation we call it an alternative therapy. If the treatment works and supports Western medication and therapies, it is called complementary medicine. 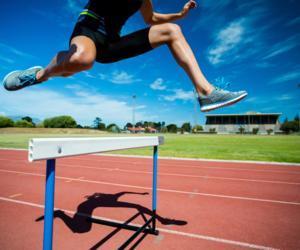 Here are some of the best holistic systems that treat and cure skin infections.

The Chinese system of Acupressure

Acupressure is the belief that life-giving energy flows along well-defined pathways in the human body. Also, there are hubs controlling the flow at different points. It is understood that diseases and disorders affect the body when energy is blocked.

Using hands and elbows, and sometimes the feet, gentle pressure is applied to certain hubs. The action is believed to clear energy blockage and promote faster healing. It also relieves the toxicity of drugs and reduces anxiety and distress.

Elbow – The healer gently presses the hollow of the outer edge of the elbow in a bent arm. This is effective in easing allergic responses and skin infections.

Knee – Pressing the fleshy inside of the bent knee. This is very effective in curbing inflammation and relieving itching.

The Indian science of Ayurveda

Indian Ayurvedic medicines and therapies have been in existence for thousands of years, and the effectiveness of their remedies is gradually convincing a global audience. Therapy includes changes in diet, meditation, massage and herbal medicine. Ancient physicians, Charaka, Sushruta, and Vagbhata are credited with detailed analyses and prescriptions for overcoming jock itch (referred to as Dadru or skin burst). According to Ayurveda, there are specific foods and habits that provoke jock itch:

One of the trusted remedies in Ayurveda for ringworm is Bakuchi (Psoralea corylifolia), a plant that has an important place in the pantheon of herbal Ayurvedic medicines. Its seeds are used in powdered form as oils and potions to cure skin infections.

In vaccination, weakened pathogens are administered to patients to increase their body’s immune response to the disease. Homeopathy works on similar principles. Substances from plants, minerals and animal sources are administered in a highly diluted form, to provoke the same symptoms as the disease or disorder we are attempting to heal.

The induced disease effect is on a smaller and more manageable scale. It encourages the immune system to overcome and neutralize the pathogen. As only naturally occurring substances are used, there is no risk of suffering any side effect.

The aim of homeopathic medicine is not to overpower the fungal growth. The general approach is to uproot the ailment from its foundation, and to extract a permanent cure. There are four cures that are widely claimed in homeopathy:

Thuja – A tree, the leaves of which are medicinal; both the leaf and the oil extracted from it are known to relieve respiratory ailments, and skin infections.

Sepia – A substance sourced from the ink discharged by certain species of cuttlefish. It is known to cure skin infections and disorders in female reproductive organs.

Sulfur and Graphite – Substances and minerals that are widely used to treat skin infections and chronic conditions like eczema.

Signs and Symptoms of Jock Itch 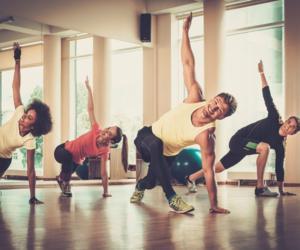 Can women get jock itch?

How Long Can Jock Itch Last?

What Is Jock Itch?

How Exactly Does Terbinafine Work to Treat Jock Itch?