What is evening primrose oil?

Evening primrose oil (EPO) is very useful since hundreds of years for helping women with fertility and menstrual problems. The oil is cold pressed from the Oenothera biennis plant seeds or evening primrose seeds. The oil is then encapsulated for use as dietary supplements.

The healing properties of evening primrose oil were discovered in Medieval Europe. It was called as the "King's Cure-All" since it helped in fighting off any medical ailments or conditions. Even today, EPO has been used in a variety of health problems. It helps treat conditions such as eczema, high blood pressure, pre-menstrual syndrome, and fertility issues. For pregnant women, EPO is also used at the end of pregnancy to induce labor.

Do naturopath's use essential oils?

Evening primrose oil is rich in omega-3 as well as omega-6 fatty acids. It also contains linoleic acid (LA) and gamma-linoleic acid (GLA). In women, both LA and GLA are quite important for the production and synthesis of prostaglandin E2 (PGE2). There are various types of prostaglandin present in the body and PGE2 is one of them. Prostaglandins act quite similar to hormones. They are also called as messengers since it is their responsibility to inform target cells on what needs to be done and when to do them. However, prostaglandins are not everything that hormones are since they also have their own differences. One of their main differences is that prostaglandins are produced in the tissues instead of the glands, which produce hormones. Prostaglandins also affect the activities of neighboring tissues and cells while hormones usually influence the activities of various organs.

Prostaglandin E2 also plays an important role when it comes to fertility in women by helping them control hormone regulation, act on uterine cells, cervical cells, and the regression of the corpus luteum.

Studies have shown that EPO is quite helpful in reducing symptoms related to PMS and inflammation. It helps increase the cervical mucus production and improve the health of the uterus. The evening primrose plant is one of the few plants that contain GLA. Thus, the evening primrose oil has been considered as one of the women's favorite fertility options.

How does EPO work?

As mentioned earlier, the prostaglandin in a woman's body mainly regulates hormones in the pituitary gland and in other areas of the body. In a woman's body, there are multiple sex hormones released at varied times in women's cycles and they all have their specific important roles to play. In such cases, prostaglandins have an important role in the fertility cycle of women.

The EPO has a direct impact on the uterus. Prostaglandin makes the uterus to slightly contract and strengthen the cells present in the uterine wall. For this reason, most pregnant women are advised not to use EPO except at the end of pregnancy to induce labor. Early uterine contractions can be very dangerous and can lead to a potential miscarriage early in the pregnancy by stimulating the contraction of the uterus.

Women who are trying to conceive are usually encouraged to start taking EPO to maintain good hormonal balance as well as maintain the health of their reproductive system. However, one should note that due to the cervical contractions it causes, women should only use EPO as a supplement through the menstruation period and until the ovulation starts. It is done to avoid any kind of negative side effects if fertilized eggs end up getting planted in the uterus. Moreover, EPO can positively influence a woman’s cervical mucus. It would make the cervical mucus thinner and plentiful. The consistency of an ideal cervical mucus is similar to raw egg whites, which is sticky and thin.

This type of consistency would safely maintain sperm cells and move them into the cervix to allow the egg to be fertilized. In the case of women who are not trying to conceive, they can still have the benefits of EPO by relieving any negative symptoms caused by menstruation or premenstrual syndrome. In such cases, women can take EPO throughout their entire cycle to maintain proper hormonal balance and health of the uterus.

Similar to other forms of hormonal supplements, it would almost take a month or two to get the desired results. It is recommended that women take around 1,500 mg to 3,000 mg on a daily basis. However, women who are trying to conceive should go in for a different source of omega-3 and omega-6 fatty acids when ovulation starts. It is not advisable to continue the use of EPO during the ovulation period since it can lead to contractions.

For those who are trying to conceive, the general dosage would be 1,500 mg to 3,000 mg to be taken once a day. The dose can also be divided into two and taken twice a day. It should be taken from day 1 to 14 of the cycle and must be discontinued post-ovulation. The other sources of omega fatty acids are cod liver oil or any other omega-3 rich oil.

For women who are not trying to conceive, they can take EPO for a month to reduce the symptoms of PMS, menstrual cramps, and other hormonal imbalances. You can also consult a doctor to see if EPO would be the right option for you.

Prior to menstruation, women may face symptoms such as breast tenderness, bloating, acne, depression, headaches, water retention, and irritability. This is known as the premenstrual syndrome. With the intake of 3-4 grams of EPO a day, there can be a significant positive impact on PMS symptoms faced by women.

According to research, EPO has shown improvement in the symptoms such as a reduction in brain fog, headaches, depression, breast tenderness, bloating, and clumsiness. For women who have PMS issues, they can take EPO along with a combination of safe herbs to get relief.

Prostaglandins are quite important when it comes to maintaining proper hormonal balance. Thus, it is very important to get enough of LA, GLA, and omega fatty acids to ensure a healthy prostaglandin functioning.

The cervical fluid has a variable pH, which usually depends on the hormonal environment. Just before ovulation, the cervical mucus becomes basic or have an alkaline pH, which helps nourish the sperm and thrive in this fluid. If the fluid is not enough, it would become very difficult for the sperm to make it through the released egg.

To increase the cervical mucus, the suggested dosage of EPO would be around 500 mg, which can be taken three times a day or 1,500 mg per day. However, if you do not see any improvements, you can increase the dosage to 3,000 mg a day in the next cycle.

High levels of GLA and LA present in the EPO cause a direct effect on the uterine cells, wherein they tend to contract as well as relax the smooth muscle tissues. However, if a woman thinks that she is pregnant or may get pregnant, then it is best to avoid EPO since it can cause uterine contractions.

In certain women, EPO can lead to preterm labor or miscarriage. However, there is very little evidence to prove the same. As a safety measure, it is best to use EPO with caution. Certain studies have suggested that EPO is good and also safe for pregnancy. The reason is that EPO helps prepare the cervix for birth, especially in the last trimester.

It has been used as a natural method of inducing labor for ages. The process of using EPO in the last trimester is by rubbing the cervix with the oil and giving the mother an EPO capsule, which can be used as a vaginal suppository or an oral supplement in the last few weeks of pregnancy. However, consult a doctor first before trying out this method.

With an array of benefits, the evening primrose oil also has certain side effects, which include:

There have been reported cases of seizures in people with schizophrenia after taking phenothiazine drugs, vitamin E, and GLA, which is a chemical found in EPO. Thus, it is best to consult a doctor before taking EPO.

Would you recommend naturopathy treatment for severe...

The Benefits of doTERRA Essential Oils

More from FindATopDoc on Naturopathic Medicine 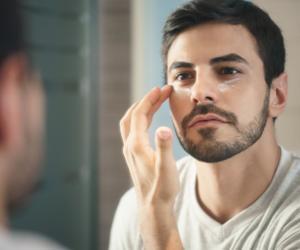 Are there any natural alternatives to Plavix?

Does a naturopathic physician treat conditions through...

Are there certain diseases not to see a naturopath for?

Would you recommend naturopathy treatment for severe diabetes?