What is Parkinson’s disease?

Parkinson’s disease is known to affect the nerve cells, which produce the brain chemical called dopamine. It is a progressive disorder of the central nervous system, which can affect movements of the body. This disease gradually develops, wherein there is hardly any noticeable tremor in one hand. Parkinson’s disease is usually characterized by tremors, but it also comes along with body stiffness and slow body movements.

In the early stage of Parkinson's disease, a person's face may show little or no expression at all. In some cases, the arms may not swing at all while walking. An individual's speech also becomes slurred and worsens over time if no medications are started to slow down the progression of the disease. 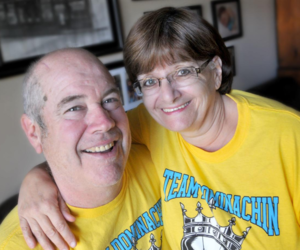 The symptoms of PD would range from resting tremors, slurred or changes in speech to rigidity in the muscles. There is no cure for PD, but there are medications and therapies that can help provide relief from its symptoms.

1. Parkinson’s disease is something only diagnosed in elderly individuals.

This has been the biggest misconception about the disease. It has been seen that the average age of individuals diagnosed with Parkinson’s disease is 60 years old. However, there are also many people who are diagnosed at a younger age. Some people also had a PD diagnosis well before 40 years of age, which is regarded as the early onset of Parkinson's disease.

A well-known symptom of Parkinson’s disease is the development of tremors. However, there can also be other symptoms of the disease, which include motor and non-motor symptoms. Although the main symptoms of the disease are slow movements, postural instability, and rigidity, PD can also cause other daily challenges such as constipation, mood disorders, fatigue, and sleep disturbance.

Other non-motor symptoms may include:

3. The symptoms of Parkinson's disease are always visible.

This is another common misconception of Parkinson’s disease. The truth is that there are many symptoms of the disease that are not physically visible. Some of the common symptoms of PD are depression, fatigue, and apathy, which can be quite challenging for most people who have the condition. For this reason, some may regard PD as a type of invisible disease.

4. Parkinson’s can be blamed for everything.

It becomes very easy for some doctors and patients to blame Parkinson’s disease whenever they do not feel well. However, it is important to note that certain symptoms should not be linked with Parkinson’s. One good example is having a fever. Fever is not usually a symptom of Parkinson’s since most cases of fever would indicate an infection.

Similarly, other symptoms such as headaches, vertigo, loss of strength in the muscles, chest pain, vision problems, and loss of sensation should not be always linked with Parkinson’s. Most of the time, these symptoms often require immediate medical attention to identify other underlying health issues.

One of the most common misconceptions of Parkinson’s Disease is that it has unexpected flare-ups. However, it is important to understand that the disease does not work that way. Even though the symptoms may fluctuate throughout the day, the disease is said to slowly progress. However, if the symptoms of Parkinson’s disease worsen over a period of days or weeks, then it would be very important for the doctor to diagnose the underlying cause of the worsening symptoms.

Potential causes of worsening PD symptoms may include:

One of the common causes of worsening PD symptoms is urinary tract infections even when there are no obvious bladder symptoms. There are certain medications that can also worsen the symptoms of Parkinson’s and they include:

Thus, it is advisable to speak with a neurologist before starting any medications.

6. There is nothing you can do about Parkinson’s disease.

Parkinson’s disease has no cure. However, there are medications that can be helpful in providing relief from PD symptoms. According to research, there are several ways to bring about improvement in the symptoms. Exercises can help improve an individual's balance and motor coordination. It can also have a positive impact on one's mood, weakness, and non-motor Parkinson’s symptoms.

A neurologist can help create the right treatment plan for each patient. Moreover, get in touch with nutritionists, physical therapists, and other healthcare professionals to live a better quality life with Parkinson’s.

7. Levodopa stops working after a period of five years.

There are patients with Parkinson’s disease that are reluctant to start taking levodopa because of their fear of “using it up”. Although levodopa cannot help relieve all PD symptoms, it does significantly help most of the motor-related symptoms. It also works for decades. Levodopa also helps increase the lifespan of an individual with PD along with bringing some improvements in the quality of life.

8. Medications are more than enough to take care of all the physical symptoms caused by Parkinson’s disease.

Levodopa is regarded as the gold standard for Parkinson’s treatment. It is known to improve mobility in patients with Parkinson’s disease. However, it is important to note that there are multiple motor-related symptoms such as balancing issues or gait problems that cannot be treated by levodopa.

One side effect of levodopa called dyskinesia leads to involuntary movements, which are quite similar to smooth tics.

9. All individuals with Parkinson’s disease would experience similar symptoms.

Every patient with PD experiences this disease in a different manner. For some patients, tremors would be the first symptom while others do not have tremors for many years or do not experience it at all.

Moreover, individuals who have Parkinson’s disease do not have a particular look. Some symptoms such as slow gait and facial masking seem to be common among Parkinson’s patients, but then again, not everyone would experience such symptoms.

10. The cause of Parkinson’s disease is a genetic mutation.

Although there can be several gene changes, which can increase an individual's risk of developing PD, it is only 1 in 10 cases. If people get such changes, it does not necessarily mean that they will develop the disease.

There is no known cure for this disease. Studies are still being carried out to explore the causes of the disease in the hope that one day, the disease could be stopped or significantly slow down the progression of the disease.

Surgery is one of the recommended options for a few patients to provide some deep brain stimulation. A surgical procedure would involve the placement of electrodes in the brain to regulate abnormal brain impulses.

12. Parkinson’s Disease is a deadly disease.

Parkinson’s disease is not considered as a life-threatening disease. However, in the case of elderly patients who suffer from this disease, certain unique health issues may arise. An example would be untreated respiratory problems that lead to pneumonia, which could turn out to be fatal for the individual.

Patients who experience milder symptoms are able to live a normal life without any kind of support. However, they would need to make certain changes in their lifestyle to avoid the worsening of the disease. 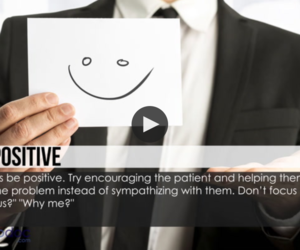 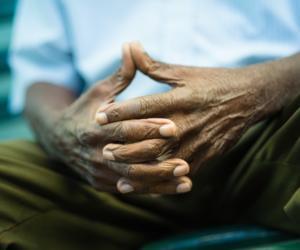 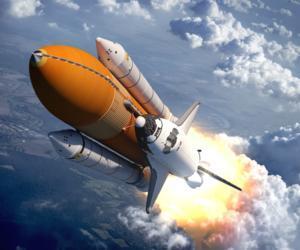