Oromandibular dystonia is a type of focal dystonia. This condition is also called cranial dystonia, in which the face, jaw, or tongue forcefully contracts and becomes difficult to open and close the mouth. Thus, a person's speech and ability to chew are affected.

Cranial dystonia broadly describes dystonia, which affects any part of the head. Embouchure dystonia is a type of dystonia that specifically affects the lips and facial muscles of musicians who play brass and wind instruments. Lingual dystonia affects the tongue. 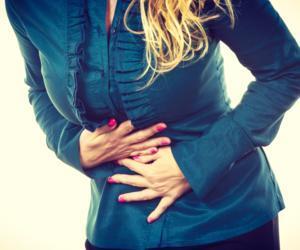 In oromandibular dystonia, involuntary spasm affects the muscles that move the mouth and jaw. The mouth and/or tongue can be pulled into different positions by the unwanted contraction of the muscle, especially when people are eating or talking. However, this can also happen even when people are at rest.

Usually, the condition does not spread further without any obvious cause. Certain medications may block the brain chemical called dopamine. Such medications are usually used for the treatment of vertigo, nausea, and psychiatric conditions, such as depression and schizophrenia. Sometimes, these medications may cause oromandibular dystonia.

People who use these medications also have an increased risk of developing other types of dystonia. When this happens, the disorder is called tardive dystonia.

Dystonia of the neck muscles, larynx, and eyelids are often associated with oromandibular dystonia. Cranial-cervical dystonia is the combination of upper and lower dystonia. Sometimes, the symptoms only occur when specific actions are performed, such as chewing or speaking.

Dystonia that is induced by drugs tends to show its symptoms in the facial muscles. During sleep, secondary oromandibular dystonia tends to persist. Usually, the symptoms of dystonia do not begin early in life. The symptoms often appear in people ages 40-70 years old, and may commonly affect women than men. This type of dystonia is a type of late-onset segmental dystonia. The muscles in the mouth and jaw are affected, which cause an outward and upward pull of the mouth. Symptoms may occur while using the mouth or even when the mouth is at rest. Dysphagia also occurs in a person with oromandibular dystonia.

Secondary oromandibular dystonia is when the disorder occurs due to secondary causes, such as certain disorders or exposure to drugs. There are also inherited cranial dystonia cases that are linked to DYT1 generalized dystonia.

The diagnosis is usually based on the information obtained from patients. Further diagnosis is done based on physical and neurological examinations. Currently, there are no tests to confirm oromandibular dystonia diagnoses. Most of the time, laboratory tests show normal results.

An arthritic condition called temporomandibular joint disease (TMJ) is often confused with oromandibular dystonia since the former disorder tends to mimic the signs and symptoms of the latter and other types of movement disorders.

The doctor will first ask about the patient's medical and family history. Other tests that may help diagnose oromandibular dystonia include:

Oromandibular dystonia may also respond well to sensory tricks, which cause the symptoms to temporarily subside. They include:

Not all sensory tricks work for all people. However, if an individual finds an effective trick, it often continues to work.

Injecting botulinum toxin into the temporalis, masseter, and lateral pterygoid muscles of people with oromandibular dystonia helped reduced some spasms along with having an improvement in speech and chewing in approximately 70 percent of the people.

These injections are most effective when it comes to jaw-closure dystonia. However, treatment can be a challenge when it comes to jaw-opening dystonia. People with lingual dystonia may also have the option of using botulinum toxin injections. The side effects of these injections may include slurred speech, muscle weakness at the site of injection, and swallowing difficulties. However, these side effects are often well tolerated and are usually temporary.

Spams, the range of motion, speech, and swallowing may be improved through speech and swallowing therapies. The overall well-being of patients may also improve through regular relaxation practices.

It can be quite a challenge to live with oromandibular dystonia. Sometimes, people in social situations feel self-conscious due to the movements of their mouth. To some extent, the spasms can be controlled by some sensory tricks such as chewing gum.

The onset of the condition may vary with the mean age of 50-60 years old. Jaw opening or closing, lateral deviation, retraction, protrusion, or a combination, may occur when oromandibular dystonia masticatory muscles are involved. People may also involuntarily bite their tongue, cheeks, or lips, along with experiencing speech and chewing difficulties. Their appearance often becomes disfigured and socially embarrassing.

Clenching, trismus, and teeth grinding may occur due to spasms of the temporalis and masseter muscles in patients with oromandibular dystonia of jaw-closing type. In the case of jaw-opening dystonia, there is involvement of the lateral pterygoids, anterior belly of the digastric muscles, and other submental muscles. Some degree of anterocollis may happen due to the contraction of these muscles. Different sensory tricks can also alleviate oromandibular dystonia.

What does it mean when my gums are sore?

The Gestapo Brownshirt Menace and the Delta Virus Threaten...

More from FindATopDoc on Oromandibular Dystonia 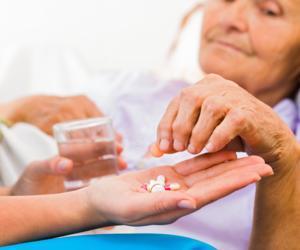 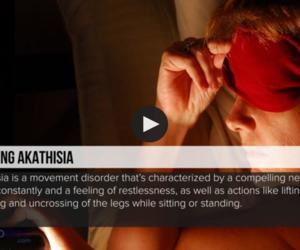 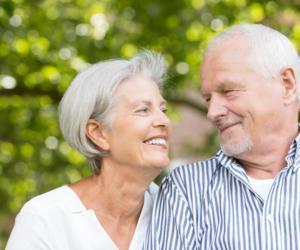