Dysphagia is the medical term for difficulty swallowing. A person with dysphagia finds it more difficult to move liquid or food from the mouth to the stomach. Dysphagia is most likely caused by muscle and nerve problems. When food is swallowed, multiple muscles and nerves are involved.

Dysphagia also occurs anytime during the swallowing process. Dysphagia may also be accompanied by pain and is commonly observed in infants and the elderly. It is not usually a cause for concern if a person occasionally experiences difficulty swallowing due to eating too fast or not chewing food properly. However, when dysphagia is frequently experienced, it may indicate a serious health condition, which requires proper diagnosis and treatment.

Have a question aboutDysphagia?Ask a doctor now

The three types of dysphagia are:

It is also important to note that dysphagia is different from painful swallowing or odynophagia. However, it is also possible for people to simultaneously experience both dysphagia and odynophagia.

Some possible causes of dysphagia may include:

In some people, dysphagia may go undiagnosed and left untreated. When this happens, it tends to increase a person's risk of developing a lung infection called aspiration pneumonia, in which food particles and saliva are accidentally inhaled. Malnutrition and dehydration may also occur in people with undiagnosed dysphagia.

The symptoms that are related to dysphagia may include the following:

The risk factors for dysphagia would include:

A person with dysphagia would need to visit a speech-language pathologist, who can help determine which part of the swallowing function is causing the problem. Patients are often asked about their symptoms, how long they have been experiencing such symptoms, and whether the problem occurs when swallowing solids, liquids, or both.

To help diagnose dysphagia, the following tests may be performed:

The treatment for dysphagia would depend on the patient's underlying condition. Those with Parkinson's disease may respond to therapies and medications.

The surgical removal of a tumor may be the treatment of choice if a patient's dysphagia is caused by cancer.

How is anesthesia administered to child afraid of needles?

More from FindATopDoc on Dysphagia 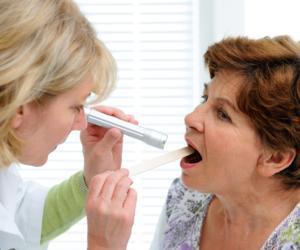 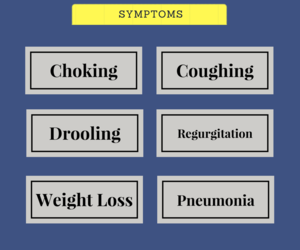 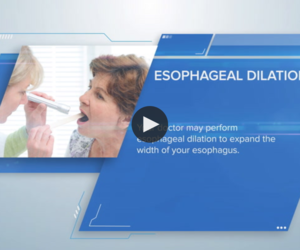