This pill is round in shape and white in color, and has an imprint of number “319”. It has been identified as tramadol hydrochloride 50 mg. It is used to treat restless legs syndrome (RLS), back pain, chronic pain, and fibromyalgia. It is supplied by Zydus Pharmaceuticals and belongs to the class of narcotic analgesics.

Tramadol belongs to pregnancy category C and its risks cannot be ruled out. Under the Controlled Substances Act (CSA), it has been classified as schedule 4 controlled substance. Its strength is 319 mg and is available only through prescription. The inactive ingredients present in the pill are:

Tramadol is used to relieve pain that is moderately severe. This medicine is similar to a narcotic analgesic. In the brain, it works by changing the way your body feels and changes the way the body responds to pain.

Tramadol exists as a racemic mixture. It is a centrally acting analgesic. In the two enantiomers, there is an important difference in their activity, binding, and metabolism. From animal tests, its mode of action is not yet understood. The only two complementary mechanisms that seem to be applicable are the binding of M1 metabolite and parent to mu-opioid receptors. Thus, the reuptake of norepinephrine and serotonin is weakly inhibited. Opioid activity is due to:

Tramadol and its metabolite are selective, weak OP3-receptor agonists. Through G proteins, which activate effector proteins, opiate receptors are paired with G-protein receptors and function as positive and negative regulators of synaptic transmission.

By inhibiting adenylate cyclase, opioids decrease intracellular cAMP since the effector system is CAMP and adenylate cyclase, which are located at the plasma membranes' inner surface. Thus, the release of nociceptive neurotransmitters is inhibited. This includes GABA, substance P, acetylcholine, and dopamine.

The norepinephrine and serotonin reuptake blockade in the CNS is attributed to the analgesic properties of tramadol. They inhibit pain transmission in the spinal cord. The serotonin uptake is preferentially inhibited and serotonin release is enhanced since the positive enantiomer for OP3-receptor has a higher affinity.

By stimulating alpha(2)-adrenergic receptors, norepinephrine reuptake is preferentially inhibited by the negative enantiomer.

How to Use Tramadol

Take tramadol orally as directed by your doctor. The drug is usually taken in 4-6 hours and when there is pain. This drug can be taken with or without food, but you can take it with food if you experience nausea. Talk with your doctor to learn other ways of preventing nausea.

The dosage of the drug will depend on your medical condition and how your body responds to the treatment. The doctor may suggest starting on a low dosage and then gradually increased to reduce the risk of side effects. Follow the instructions given by the doctor. The recommended dose is 400 mg per day, but the maximum dose is 300 mg per day if the person is older than 75 years old.

Do not take the medicine for a longer time than prescribed, do not take it frequently, or increase the dose without your doctor’s advice. Stop the medication when directed by the doctor. However, it is better to use it at the first sign of pain. The medication may not work well if it is used when the pain becomes worse.

The doctor may probably suggest a long-acting pain reliever if you have an ongoing pain. The doctor may even prescribe other non-narcotic pain-relieving medications such as ibuprofen or acetaminophen. If you have been using tramadol for a very long time or have been using it regularly, then it may cause withdrawal symptoms. If you stop taking this medication all of a sudden, then you may experience withdrawal symptoms, which include:

The doctor may gradually reduce the dose to prevent having withdrawal symptoms. The medication may not work effectively if it is used for a longer time. Inform your doctor if you feel that the medication is not working well.

If you are allergic to tramadol or allergic to any other drug or food, then inform the doctor before starting the medication. Inactive ingredients in the food may cause an allergic reaction. Inform your doctor if you have a history of the following medical conditions:

Inform your doctor if you have any of the following personal or family history:

Tramadol may make an individual feel dizzy or drowsy. Thus, avoid doing tasks or activities that require mental alertness such as driving or operating heavy machinery.

Inform your doctor of all the prescription or nonprescription drugs, vitamins, or herbal products that you are taking. You should also avoid the excessive consumption of alcohol.

In older adults, the medication may cause the following symptoms:

Women of childbearing age should discuss with the doctor about the risks associated with the medicine before they start the medicine.

Inform your doctor if you are pregnant or planning on becoming pregnant. Tramadol should be taken only when needed during pregnancy since the risk of birth defects may increase by taking this medication. It may harm the unborn baby if it is taken for a very long time. Inform the doctor if your baby experiences the following symptoms:

This medication passes into breast milk. If the following symptoms are seen in a breastfed baby or infant, then inform your doctor:

The excretion of tramadol and its metabolites in the breast milk is low. Studies have found no adverse effects on a breastfed newborn. Still, the FDA does not recommend its use during lactation. Even if it is used, the infant should be monitored for difficulty breathing, limpness, or increased sleepiness. The prolactin level in the mother may increase, but it does not affect her ability to breastfeed. Consult your doctor before you breastfeed.

The risk of convulsions may increase in patients with:

The drug's common side effects include:

However, these symptoms tend to decrease after some days or weeks. Inform your doctor if such symptoms persist. Drink plenty of water, eat food rich in fiber, and do regular exercises to prevent constipation. From a sitting or lying position, get up slowly to reduce the risk of dizziness or lightheadedness. However, most people who take the medicine do not experience any side effects.

Immediately inform your doctor if you experience the following serious side effects:

Seek immediate medical help if you develop the following symptoms:

There may also be rare allergic reactions to the drug. The symptoms include itching, rash, swelling of the tongue, face, and throat. Trouble breathing and severe dizziness may also be experienced.

In patients receiving therapy with tramadol, serious and rare fatal anaphylactic reaction may occur. Such reactions often occur after the first dose. Other allergic reactions include:

Some medications may interact with tramadol. They include:

The removal of tramadol from the body is affected by certain medications such as:

If tramadol is taken with other medications that cause drowsiness or breathing difficulties, then it may increase the risk of serious side effects. Inform your doctor if you are:

Tramadol may also interfere with certain blood tests such as amylase or lipase tests. It potentially causes false laboratory results.

The symptoms of tramadol overdose include slow breathing, irregular heartbeat, seizure, and loss of consciousness.

Patients who take this drug have an increased risk of developing opioid misuse and addiction that can potentially lead to drug overdose or death. Each patient’s risk must be properly assessed before prescribing this drug. Moreover, patients should be regularly monitored for any unusual behavior or conditions.

Life-threatening respiratory depression may also occur. Patients must be monitored for respiratory depression at the start of treatment or when the dose is increased. Individuals taking the extended-release formulation must be instructed to swallow the pill as a whole and avoid breaking, splitting, chewing, dissolving, or crushing the contents to prevent a fatal drug overdose.

Store this medication away from light and moisture. Store it at room temperature and keep it away from children. When not needed or expired, discard the medication properly.

Patients undergoing hemodialysis can take a regular dose of this drug since only around 7 percent of the dose is removed. There are no data available when it comes to peritoneal dialysis.

Tramadol is a strong pain reliever that is effective when it comes to treating general pain or nerve pain. However, this drug can cause dependence and its use may be limited due to its side effects, which include sedation and nausea. It is often prescribed for people who experience chronic pain.

This drug may also be prescribed “off-label” for the following conditions:

Is Tramadol a Narcotic?

More from FindATopDoc on Tramadol (Oral) 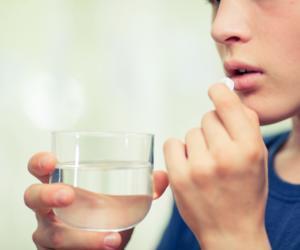 What Is Tramadol Used For?

Is tramadol a narcotic pain medicine?

What Is Tramadol Used For?