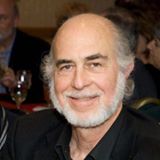 David Barad, MD, works for the Center for Human Reproduction in New York, NY. The Center, one of the oldest facilities in the country to specialize in IVF, deals with a number of reproductive challenges facing couples today.  Several of the treatments offered include in-vitro fertilization, frozen egg donor programs (the Center has one of the largest in the world), and gender selection. Today, Dr. Barad is an Associate Clinical Professor of Epidemiology, Social Medicine, and OBGYN at Albert Einstein College of Medicine in the Bronx, NY. He is also currently involved in clinical research on the health of post-menopausal women.

Dr. David Barad M.D. has a rating of 4 out of 5 stars based on the reviews from 14 patients. FindaTopDoc has aggregated the experiences from real patients to help give you more insights and information on how to choose the best OB-GYN (Obstetrician-Gynecologist) in your area. These reviews do not reflect a providers level of clinical care, but are a compilation of quality indicators such as bedside manner, wait time, staff friendliness, ease of appointment, and knowledge of conditions and treatments.
Overall Rating
Promptness
Courteous Staff
Accurate Diagnosis
Bed Side Manner
Would Recommended to Family and Friends